Women don’t have it easy when it comes to burning fat and building muscle—our bodies are not exactly designed for the cause. Instead, we tend to hold on to fat and are limited in our muscle building abilities due to our hormonal make up. However, this doesn’t mean we can’t overcome our disadvantage and still have a lean and trim body! The first step is to understand why we are designed the way we are. Read on to find out the three things you need to know about burning fat and building muscle for women.

As women, we tend to hold and store more fat in anticipation of pregnancy and lactation. This fat is stored mostly around the glutes, hips and thighs and is termed gluteal-femoral fat. Men, on the other hand, store the majority of their fat in the visceral or abdominal region. This storage difference is in turn mediated by metabolism. The gluteal-femoral fat is not only harder to access, it’s harder to burn off! Women tend to have less fat burning receptors, called beta-receptors, in this area compared to men. In fact, research has shown that catecholamine-mediated lower body free fatty acid release is lower in women versus men; whereas free fatty acid release in the upper body is comparable. Catecholamines, like ephinephrine and norephinephrine, are hormones involved in fat burning that bind to beta-receptors and, in turn, activate fat metabolism.

If that were not enough of a hill to climb, it’s also been shown that after eating, women have higher fat storage in the adipose tissue. Accessing this fat, although it may seem challenging, is possible if following a carbohydrate-managed diet. By reducing carbohydrates, the body can start to access that stored fat more easily instead of going directly to carbohydrates for a quick source of energy. 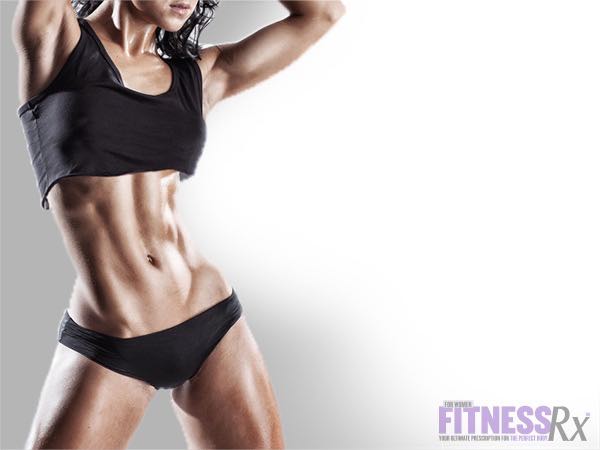 2. Not Every Diet Works Well For Women

You might think that pretty much any diet will work for fat loss, but this is not true. Women store and utilize what we eat differently than a man. We tend to utilize carbs over utilizing fat. This causes our bodies to hold onto fat we have stored in favor of accessing carbs. So if you have been following a higher carbohydrate diet, even if it is lower in calories, you might not be optimizing your fat burning potential. Instead, consider a 40% Protein, 25-30% Fat and 30-35% Carbs Meal Plan and/or consider following a Carb Cycling Meal Plan. Also, there is some research that suggests the fasting type diets may not be as beneficial for many women. Fasting can effect a woman’s hormone regulation resulting in higher cortisol levels, blood sugar imbalances and weight gain instead of weight loss. While this is not the case for all women, it is something to consider if your current approach doesn’t seem to be working for you.

3. Women Don’t Have As Much Muscle Building Testosterone

Testosterone is the male hormone that helps build muscle and burn fat, and as women, we have much less of it. Instead, we have higher levels of estrogen, which can keep us from building too much muscle or burning off too much fat. The key is to regulate estrogen and keep it normal and balanced.

When estrogen is in excess, it can disrupt hormones, slow down metabolism and prevent fat burning. Keeping estrogen balanced can start with your diet. Eating plenty of fresh green vegetables like broccoli and kale, along with foods that are high in fiber like whole grains can help decrease estrogen metabolites that are toxic, reducing your overall estrogen load.

Additionally, even though we may not have as much testosterone, women still have the same ability to build muscle as men. Protein synthesis occurs at the same rate in women, as it does in men. In fact, in one study, it was found that although testosterone levels were almost double in men post weight training than women, muscle protein synthesis was 2.7 times higher in women versus men. Bottom line: although we have less testosterone and more estrogen, we still can build muscle – so keep lifting!