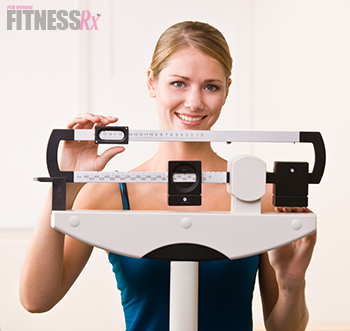 Long-term weight loss is not impossible, and you can reach it without a celebrity trainer screaming at you. Follow the simple principles outlined in this article and you will look better in your clothes and achieve a lower bodyweight that you can maintain.

Let’s be realistic this year. Yes, it is possible to lose 50 pounds and fit into the bikini you wore in high school, but are you willing to turn your life upside down and dedicate yourself to 6 to 12 months of suffering? Start by losing 10 pounds and then reassess where you want to go from there. You may want to lose 75 pounds, but when are you going to lose 2 pounds?

The methods described in this article describes a simple, relatively painless way to lose 10 pounds and drop a dress size in only 8 weeks. You will not win a prize on a television show and your friends will still recognize you. However, you will be healthier, change your lifestyle, and build a firm foundation for further weight loss— if that’s what you want to do. Here are four tips for losing the weight and keeping it off:

1. Cut down on your calorie intake. Your diet should contain a variety of foods. Include wholesome foods, such as fruits, vegetables, chicken, whole grains, monounsaturated oils, nuts and fish. Avoid simple sugars and saturated and trans fats. Simple techniques such as eliminating fried foods and high-sugar soft drinks from your diet, eating less red meat, skipping desserts, and drinking more water will help reduce caloric intake with little effort.

2. Do 60-90 minutes of moderate-intensity aerobics five days per week. Good choices for aerobics for weight loss include outdoor walking, treadmill walking; working out on the treadmill, elliptical trainer, stationary bike, or rowing machine; cross country skiing, or cycling. This program will burn about 500-1,000 calories a day, which is enough to get rid of about a pound of fat per week if you train five days per week. That doesn’t sound like a lot, but you will lose fat and not muscle. What’s more, you will lose weight and it will stay off. Add a sensible diet to the equation and you will rid your body of excess fat before you know it.

3. Include interval training in your workout. Interval training includes intense running (sprinting), interrupted by periods of rest or light exercise. If training on gym equipment, such as a treadmill or elliptical trainer, exercise for one minute at near-maximum intensity, rest for three minutes, then repeat 3 to 8 times (depending on your fitness level).

If training on an outdoor running track, begin by sprinting the straightaways and walking the turns. As you increase fitness, increase the distance of your sprints to 200 meters and then 400 meters. (Rest one to five minutes between sprints). You will notice rapid increases in fitness and fat loss with this kind of training.

4. Train with weights 2-3 times per week. Do at least one set of 7-10 exercises that use the major muscle groups of your body. This will help maintain muscle mass and metabolic rate as you lose weight, which will help you sustain your new weight. More muscle mass means you burn more calories during the day. Also, you’ll look lean and fit if you have better muscle tone.

The Importance of Exercise Intensity for Weight Control

Women are much more sophisticated about new weight-loss programs than they used to be. They are less apt to fall for dramatic weight-loss claims made by supermarket tabloids. The fact that exercising intensely will help you lose fat faster than any other weight-loss plan is supported by studies on animals and humans. Canadian and American studies found that women who trained intensely had more muscle and less fat than those who exercise at lower intensities. Women exercising more intensely in these studies lost much more body fat, even though they exercised for less time than women training at more moderate intensities.

The Secrets of ‘Successful Losers’ 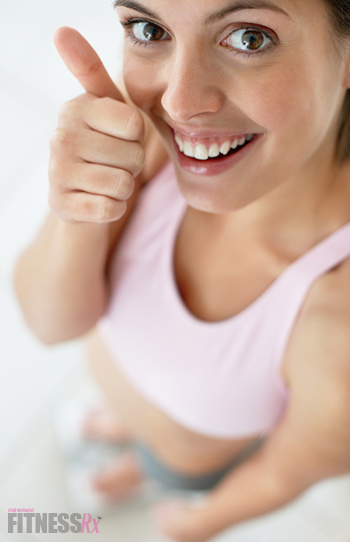 The National Weight Control Registry is a database of more than 5,000 people with a history of long-term successful weight loss and weight control. Ren Wing from Brown Medical School and James Hill from the University of Colorado founded it in 1994. Every year, participants answer a questionnaire about their weight control status and progress. The average person in the database lost 66 pounds and kept it off for more than five years. Weight loss varied from 30 to 300 pounds and the duration of successful weight loss maintenance ranged from one to 66 years. People also varied greatly in the rate at which they lost weight and the method they used to lose it. However, almost all the participants exercise regularly and cut down on caloric and fat intake. Here are the secrets of “successful losers”:

1. Almost all cut down on calorie intake to lose weight and continued eating fewer calories to maintain the weight loss.

2. Almost all exercised regularly. Most people chose walking as their main form of exercise, and 90 percent exercised an average of 1 hour per day.

4. Most (75 percent) weighed themselves at least once a week.

5. Most (62 percent) watched less than 10 hours of television per week.

You’re interested in the bottom line: Does the program help you lose fat and make you look lean? Overwhelmingly, research studies show that intense exercise is best for losing fat. Train intensely, combining aerobic exercise, interval training and weight training, and you will lose weight and keep it off. Combine your program with a reduced-calorie, well-balanced diet and most women will lose 10 pounds and a dress size in only eight weeks.