The concept of spot reducing has been shot down time and again. Although you might not be able to spot reduce, you can certainly spot tone; that is, focus on training a specific area to better tone the muscles, resulting in a more defined appearance. The same is true for your diet. There is no way to tell your body that you prefer the deficit of calories in your diet to be made up by burning the fat around your abs rather than your hips. But you can create a healthy diet and lifestyle that promotes fat loss and muscle gain, helping to sculpt the area you’re working on, as well as the rest of your body. And there are a few pieces of scientific data that may help you really target that ab fat you’re dying to lose. 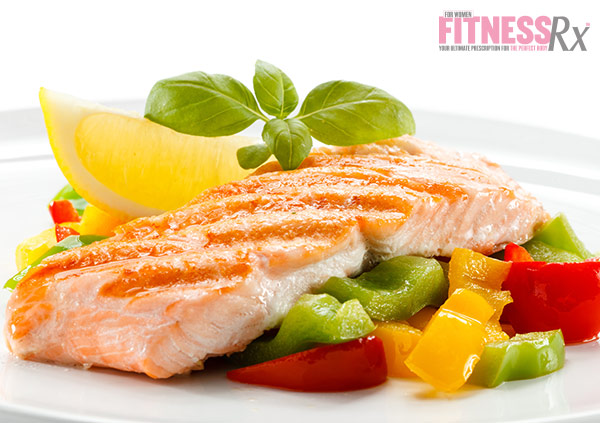 There are do’s and don’ts when it comes to stripping away fat, especially from your abdomen. The first “do” is obvious: Burn extra calories. When you want to lose weight, you have to burn more calories than you eat. By combining increased aerobic exercise with reduced food intake, you have a winning combination. But, make sure to keep your calories above 1,500 per day. Any less and your metabolic rate will slow down and you’ll never get those flat abs you’re working toward.

Where your calories come from is critical to achieving fat loss. Protein plays many roles in the diet. It’s the one nutrient that is responsible for the growth and maintenance of tissues like your muscles and organs. It is a key to the manufacture of body proteins, enzymes and hormones. And it is a critical link to emotional stability. Protein also helps with feelings of satiety and appetite control. When you have a good source of protein at each meal, you will feel more satisfied and eat less. High-protein diets help maintain high resting metabolic rates, blunting the normal fall in energy expenditure seen in weight loss. Higher protein diets promote greater fat loss and less muscle loss versus high-carbohydrate diets. Recently, a study from Australia showed that women on a high-protein diet (30% protein, 40% carbohydrate) not only lost more fat, but they also lost more abdominal fat compared to the matched group following a high-carbohydrate diet (15% protein, 60% carbohydrate).

The type of protein may also play a role. There is some research that supports the notion that diets high in animal protein may decrease insulin-sensitivity, causing an increase in insulin secretion. Insulin-sensitivity and high levels of circulating insulin are associated with decreases in fat oxidation and the promotion of fat storage, leading to the development of obesity. Although dietary protein by itself does not increase insulin release, it can enhance the insulin response to a meal containing both carbohydrate and protein. Plant-based diets that are high in legume proteins are also higher in fiber, slowing digestion and absorption, and decreasing the insulin response. Soy has the additional benefit of enhancing fat oxidation compared to animal proteins through its greater stimulation of the release of glucagons, a hormone that enhances fat oxidation. 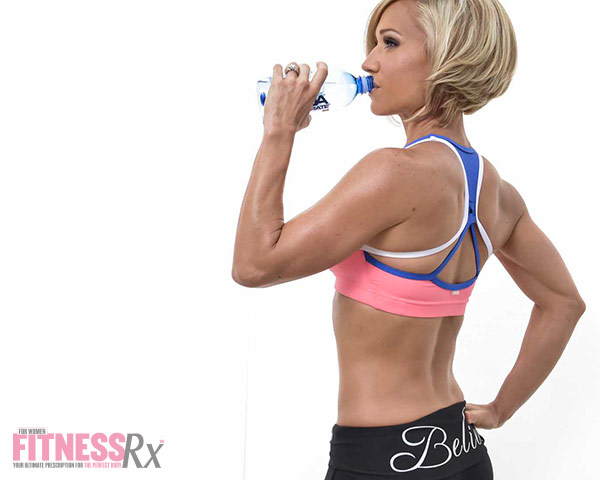 Leptin is the circulating body protein that’s associated with control of body fat stores through regulating food intake and body energy expenditure. It is synthesized and secreted almost exclusively by fat cells. Plasma levels of leptin rise and fall in parallel with body fat content— as body fat mass increases, so does the concentration of leptin in blood. But when animals are injected with leptin, it leads to reduction in body weight by suppressing food intake and increasing metabolic rate and energy expenditure. Several studies indicate that fish oil enhances the efficiency of leptin and influences its levels in the body. If these results are accurate, then incorporating a daily meal of fatty fish like salmon, halibut or shellfish into a weight-loss diet may decrease fat cell size and enhance fat loss.

Just like protein, the type of carbohydrate that you have in your diet may affect your total fat loss, as well as your ability to target abdominal fat. The Glycemic Index is a scale describing how fast a food is converted to glucose in the bloodstream. Foods on the index are rated numerically, with glucose at 100. The higher the number assigned to a food, the faster it converts to glucose. The rate of conversion is unique for each person and depends on how quickly foods are digested. Digestion speed is affected by the makeup of a particular food. For instance, a greater amount of fiber, protein and fat content in various foods tends to slow digestion.

Diets containing greater amounts of low glycemic index (LGI) foods promote fat loss better than diets made of high glycemic index (HGI) foods. A study compared the influence of an LGI diet of carbohydrate foods with a GI of less than 45 percent to a HGI diet containing carbohydrate foods with a GI of greater than 60 percent on the fat mass of men. After five weeks on the diet, the LGI induced a greater fat weight loss, and a greater abdominal fat loss when compared to the HGI diet. Total lean mass also tended to increase during the LGI period compared to during the HGI period. The most user-friendly source for information on the glycemic index of foods is on the Internet at www.glycemicindex.com.

Even the type of fat you eat may influence energy expenditure and bodyweight. The heat-generating process of nonshivering thermogenesis (fat burning) was first discovered in the brown fat of hibernating animals. It is the method by which energy is released through heat production and it is controlled by uncoupling proteins (UCPs) found in the cells of brown fat, white fat, and muscle cells. Researchers investigating possible dietary enhancements of thermogenesis in rats have found that olive oil, high in monounsaturated fats, increased the activity of the UCPs, increasing the metabolic rates of the rats. Because the time period of the study was short, no differences in bodyweight were seen between the rats fed olive oil and those fed other fats. The authors speculate that since UCPs are found in human skeletal muscle, this may be a new area of dietary research for obesity treatment.

Just like at any other time in your life, drink plenty of water. When you are well hydrated, your kidneys and liver can work at full tilt to process toxins and fat out of your body. When you are dehydrated, your liver has to work overtime to help the kidneys with detoxification, and its fat burning work is diminished.

The last “do” has nothing to do with diet but a lot to do with abdominal fat. A study conducted at Yale University showed that stress may cause excess abdominal fat in otherwise slender women. The stress hormone, cortisol, affects fat distribution by causing fat to be stored in the abdomen. Although everyone is exposed to stress, some people may secrete more cortisol than others, building increased levels of abdominal fat. Creating healthy lifestyle habits to relieve stress, as well as getting plenty of sleep and relaxation, will help lower cortisol levels and reduce abdominal fat. 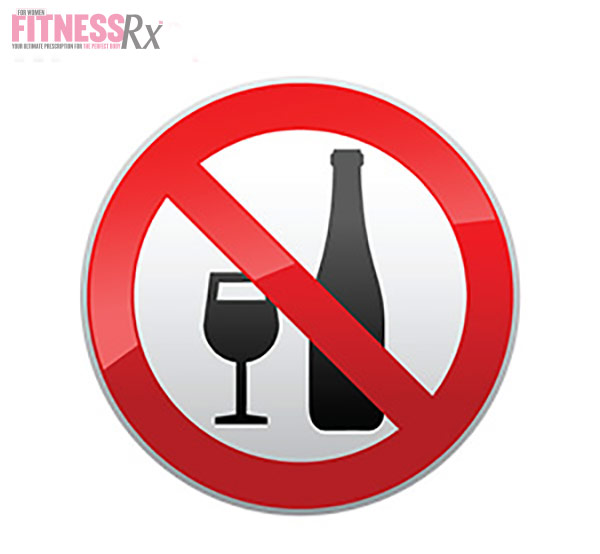 There are many more do’s than don’ts when it comes to the ab diet. The really BIG DON’T is alcohol. Drinking alcohol is a surefire way to increase the inches on your waist. A French study found a high correlation between increasing alcohol consumption and increasing waist measurements in women and men. Both wine and beer consumption were positively correlated with expanding waist girths in the women. 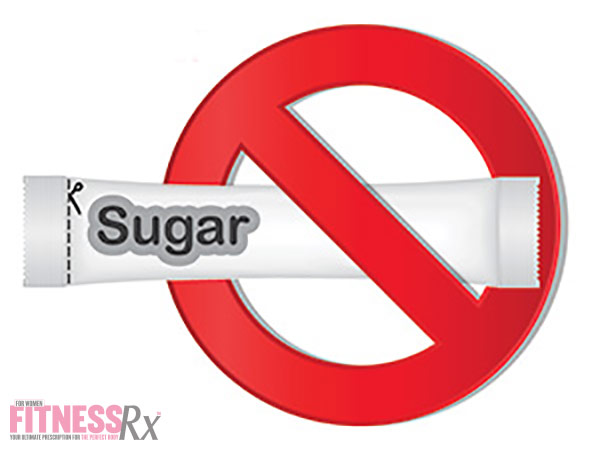 Finally, any time you eat highly refined carbohydrates, like sugars and white flour, the rapid absorption of these foods can create a high insulin response, setting the stage in some individuals for decreased fat oxidation and increased fat storage. Consuming carbohydrate in the form of whole grains, vegetables, fruits, beans, nuts and seeds, allows for a timed release of the carbohydrate into the bloodstream without any negative effects on insulin response. Avoid refined carbohydrates and choose whole food sources in your ab diet.

As an active woman, you need to fuel your body to exercise hard enough and long enough to maintain strength and endurance, and burn fat. The Flat Ab Diet is designed to maximize your workouts and your fat burning.