Numerous studies have shown that high-intensity interval training is effective and can burn fat quickly. The other appeal of this type of training is that it can be done in less time. As a result, fitness enthusiasts from all over have included HIIT in their training and continue to tout its benefits.

Typical HIIT training involves 30 to 40 seconds of very hard sprinting followed by 15 to 20 seconds of jogging or walking, and is repeated several times. This method is difficult but effective and is often reserved for more advanced exercisers.

But in 2014, a study on HIIT using out-of-shape adults found that few of the participants became more fit after the study’s completion, according to The New York Times. This study involved overweight and out-of-shape adults who were asked to complete high-intensity interval training for three months. The participants could perform one of two common types of training protocols— four minutes of fast jogging with a rest and then four more minutes of fast jogging, or 30 seconds of full-out effort, followed by rest, and then repeated three times.

As a result of the findings of this study and others like it, Jens Bangsbo, Ph.D., a professor of physiology at the University of Copenhagen in Denmark, and his colleagues came up with the 10-20-30 training routine. Dr. Bangsbo studies high-intensity interval training, and in his lab had found that HIIT did make people fitter— but those studies were typically done on very motivated athletes in supervised settings, according to The New York Times. The 10-20-30 training approach is an effort to make HIIT training more realistic for the average person.

“It’s just fun, which is important for beginners,” Dr. Bangsbo told FitnessRx for Women. “They have fun and would like to continue [to exercise].” 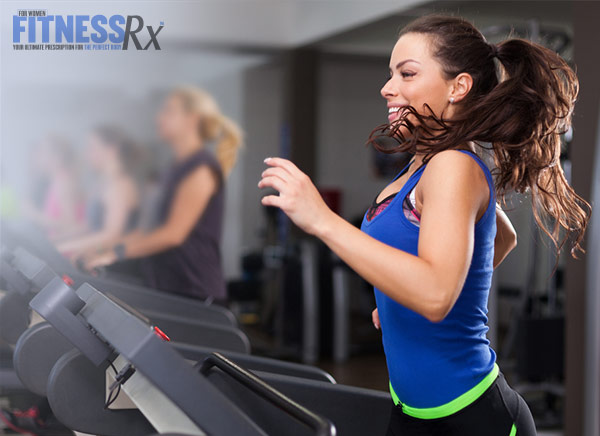 This is how 10-20-30 training works: you gently run or use a machine for 30 seconds, then accelerate to a more moderate pace for 20 seconds, then for the last 10 seconds, you sprint at full force— as hard as you can— and then repeat the sequence.

People have found this type of training to be appealing because it’s easy to count your time without using a stopwatch, and the most difficult part of the workout only lasts 10 seconds at a time.

Dr. Bangsbo and colleagues put the 10-20-30 training method to the test in a study that was published in The Scandinavian Journal of Medicine & Science. The study involved 132 recreational runners who were mostly middle age. The runners traded two of their usual weekly workouts for 10-20-30 training. A control group of 28 runners continued their regular training. At the beginning of the study, all of the runners had physiological testing, which included a simulated 5-kilometer run.

After eight weeks, it was found that almost all of the 10-20-30 runners were still following the program, and when they ran another 5K, they on average had decreased their time by 38 seconds. In addition, almost all of the runners improved in other areas of health, such as decreased blood pressure. As for the control running group, no changes were found.

In his studies, which have involved both beginner and more seasoned runners, Dr. Bangsbo told FitnessRx for Women that not only did the 10-20-30 program produce results like lower blood pressure and cholesterol levels and improved running time, but that people also tend to find this type of training more enjoyable. The idea, he said, is that you are doing shorter intense work and then keeping your heart rate up during the 20- and 30-second portions.

In addition, Dr. Bangsbo mentioned that another unique benefit of 10-20-30 is the social element. He noted that running clubs have actually increased membership with the method because it allows runners at different levels to run together— because after running intensely, friends with different running capacities can get back to running together for the slower portions.

Dr. Bangsbo has written a book on the subject that is currently available only in Danish— he’s working on getting it printed in the U.S. and in English. In addition, he plans to do further testing on this method of training, including with biking. But he is hopeful that using the 10-20-30 method on biking will also be beneficial.

“I’m sure you will see major improvements [using this method in biking],” he said.

Dr. Bangsbo suggests doing 10-20-30 training twice a week (for both beginners and more advanced runners) in addition to other type of moderate-level training sessions throughout the week. “You can definitely still do [traditional] HIIT … but the four-minute intervals are more demanding,” while 10-20-30 training has been shown to be less difficult and more efficient, he said. If you do five 10-20-30 intervals in a row, rest and then do five more, you can complete an effective cardio session in just 12 minutes.

So whether you are a seasoned athlete or just getting into more hardcore training, you might want to try out this method— it may be just what you need to make improvements like never before. If nothing else, it’s always a good idea to switch up your training methods in order to keep your body guessing, which can help facilitate results. The other great part is that it’s simple enough to count in your head and keep track of your time. Try it with jogging, rowing or with a bike— whatever type of cardio gets you moving!