Can early morning fasted cardio help you lose fat faster than other cardio methods? In order to comprehend how cardio on an empty stomach could be beneficial, we first need to understand why it would work.

The basic idea behind fasted cardio is that your body will be more likely to use its own fat stores for fuel instead of the food you just ate, and those stored fats may be accessed faster depending on the type of diet you follow. The physiology behind why fasted cardio will help you lose more fat during your cardio session is not as simple as just stated. The metabolic mechanisms that enable fasted cardio to help you oxidize more fat is much more complex. In short— yes, it does work. Fasted cardio works because it helps you to become more efficient at using fat for fuel and because your hormones and metabolism are all in the perfect alignment for fatty acid mobilization. 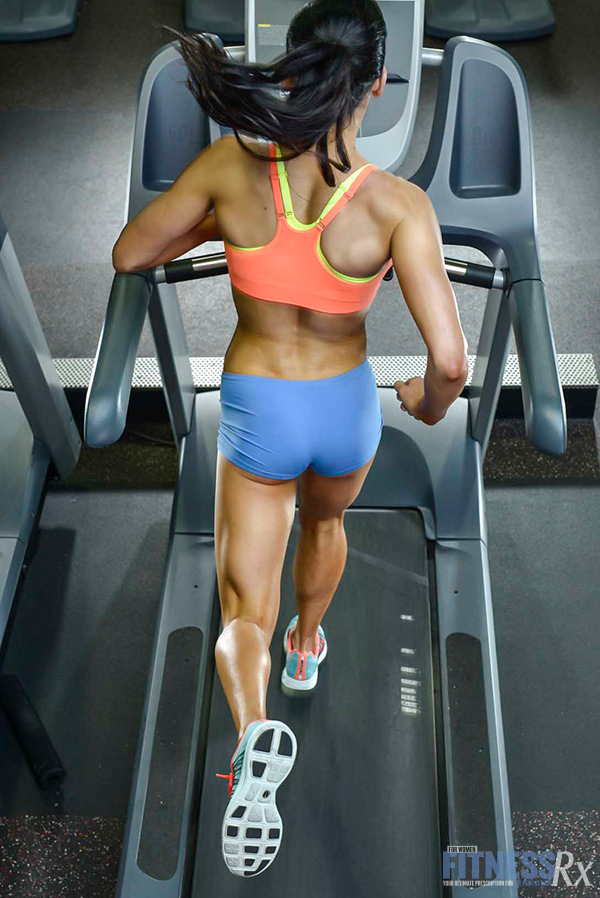 Carbohydrates are your body’s most readily available fuel source, but only a limited amount of carbohydrates can be stored in the body. The liver and skeletal muscles are the storage sites for carbohydrates (glucose), and the stored form of glucose is glycogen. A well-nourished adult can store approximately 500 grams or 2,000 kcal of glycogen. Of this, approximately 400 grams are stored as muscle glycogen, 90-110 grams as liver glycogen, and 25 grams circulate in the blood as glucose. For glucose to enter the liver and skeletal muscle, it needs help from the hormone insulin. Insulin is the main regulator of glucose transport. Insulin binds to an insulin receptor on cell membranes and causes GLUT4 transporters to surface on the membrane. These GLUT4 transporters act like doorways that allow glucose to move into liver and muscle cells. Once glucose enters the cells, it undergoes a process called phosphorylation where it is trapped in those cells as glycogen to be used for energy.

Lipids or fats on the other hand are stored as triacylglycerol (triglycerides) in muscle, liver and fat cells. This is long-term energy storage in contrast to glycogen. A normal adult can store 2,000 to 3,000 calories of glycogen in liver and muscle and even a lean person can store up to 75,000 calories of triacylglycerol in adipose tissue (fat cells). The beginning process of breaking down these stored lipids is called lipolysis. Lipolysis is the hydrolysis of triglycerides into free fatty acids. Lipolysis as well as glycogenolysis (breakdown of glycogen) is regulated by epinephrine. Epinephrine is released into the blood from the adrenal medulla of the kidney at the onset of exercise and begins breaking down carbohydrates and eventually lipids to use for energy during your workout. The metabolic cascade begins with epinephrine binding to beta-adrenergic receptors on adipose tissue and skeletal muscle fibers. This results in a change of a specific membrane attached to G protein. The activated G protein interacts with adenylyl cyclase and increases its ability to change an ATP molecule into cyclic AMP (cAMP) and inorganic phosphate (PPi). The cAMP activates protein kinase and stimulates the breakdown of glycogen, and protein kinase also phosphorylates hormone-sensitive lipase to start lipolysis. Some studies have shown that fasting can increase the number of beta-adrenergic receptors in adipose tissue.

So as you can see, it is a much longer process to metabolize stored fat than it is for stored carbohydrates. Even in a fasted state, it can take up to one hour to deplete glycogen stores and initiate lipolysis and beta-oxidation. However, this crossover concept of shifting energy sources from carbohydrates to lipids can be increased depending on hormone regulation, diet and exercise intensity level.

First thing in the morning, after you’ve been fasting all night, your body’s natural levels are optimal for fat loss. After not eating for the last 10 or more hours, your insulin levels are very low. Insulin is an inhibitor of lipolysis by blocking the metabolic process of allowing hormone-sensitive lipase to begin releasing fatty acids from triglyceride molecules. When insulin levels are low, your body is better able to release and transport fatty acids into the mitochondria to be oxidized. In the morning, your circulating blood glucose (blood sugar) is also low. Some people might think this is a bad thing, and it can be if it ends up impairing your cardio performance. However, if it doesn’t, low blood sugar forces your body to begin using stored fats for energy because there is not enough glucose to sustain your workout. 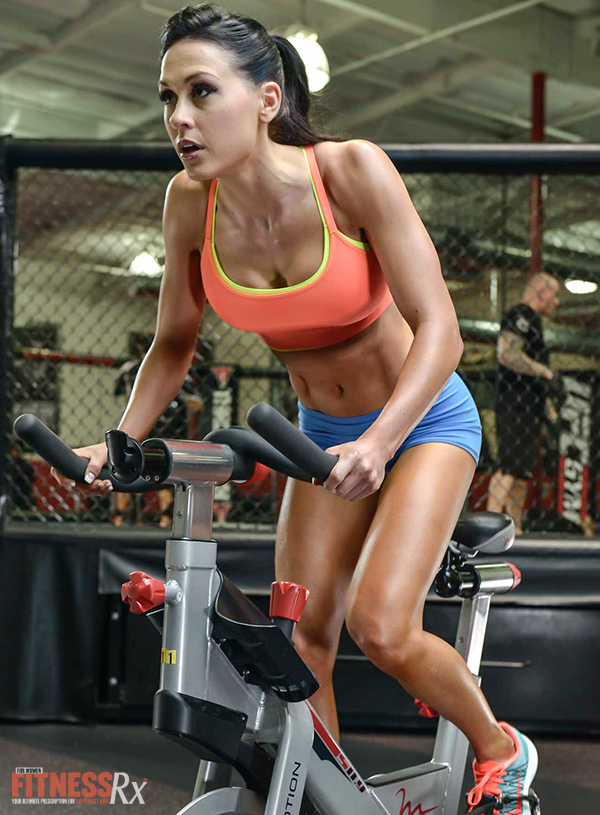 Examples of refined food include processed white flour foods, crackers, rice, noodles, many ready-to-eat cereals, etc. In contrast, high-fiber, high-protein and high-fat foods have low-glycemic indexes. So if you eat pasta for dinner, it may take longer for you to deplete your glycogen stores during your fasted cardio as opposed to making your last meal of the day a lean source of protein and a low GI carbohydrate, such as chicken and a green vegetable.

Higher-intensity aerobic exercise will inhibit stored fats from being used as the primary energy source, so prolonged low- to moderate-intensity is recommended for fasted cardio. Regularly performed aerobic exercise can play a significant role in fuel utilization during exercise. Trained skeletal muscle has a larger capacity for oxidative metabolism than untrained muscle. This means that a trained person will increase fat oxidation and decrease carbohydrate oxidation faster than an untrained individual, and their ability to exercise to exhaustion is vastly increased.

To sum it all up, fasted cardio can be beneficial in burning more fat if you follow a low-glycemic diet, limit the amount of carbohydrates you eat later in the day, and perform prolonged low- to moderate-intensity aerobic exercise. Because of the longer process to utilize the beta-oxidation process, a 20-minute high-intensity workout is not going to cut it. The depletion of glycogen stores could take up to 60 minutes depending on a person’s diet and training level. Higher trained individuals can deplete glycogen and start using fat sooner than novice exercisers.

There are situations however, where I would not recommend fasted cardio, such as if your cardio sessions are suffering because of a lack of energy or you suffer from hypoglycemia. Don’t forget that there is an afterburn effect (excess post-exercise oxygen consumption— EPOC) that helps you burn calories even after you’re done exercising. To get this effect, you need to be able to train at a decent intensity level. Are you a morning person? If so, that early morning cardio might be for you.