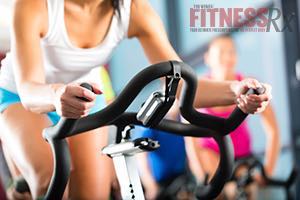 Influence of Gender on EPOC

Gender is another factor that may influence EPOC. Research shows that energy expenditure in women at rest and during exercise varies with the menstrual phase. Basal metabolic rate has been shown to be lowest one week before ovulation and highest during the 14-day luteal phase following ovulation, affecting EPOC accordingly. When comparing EPOC between men and woman, the same dilemma may arise when comparing trained versus untrained. Gender effects basically come down to intensity and duration of the exercise as well, so many studies show men with a larger EPOC effect over women. In short, the gender effect on EPOC is still unclear due to the difficulties in matching work rates for gender differences.

As this article stated in the beginning, there is little existing data on whether the calories expended during EPOC are from fat or carbohydrates. However, we do know that during exercise the crossover concept exists, where there is a shift in the substrate source from carbohydrate to fatty acids during prolonged exercise. There is significant evidence showing an increase in the rate of the energy-requiring triglyceride/fatty acid cycle after prolonged exercise. Since the energy equivalent of oxygen is lower with fat as the substrate as compared to carbohydrates (fatty acids = 4.7 mol ATP/mol oxygen whereas CHO – 5.1 mol ATP/mol oxygen) part of the EPOC can be explained by the substrate shift. This substrate shift could account for 10-15 percent of the post-exercise EPOC response. The reason why glycogen may not be as greatly considered as the EPOC component after aerobic exercise is because glycogen synthesis is low during fasting and no EPOC differences have been found in the fasted versus fed states. The explanation for this theory may have to do with the timing of when food is given post exercise and the ratio of nutrients being fed post exercise. It has been suggested that when food is given during the first 60 minutes of exercise recovery, a synergistic interaction of food and post-exercise replenishment on energy expenditure exists.

The effect of the body continuing caloric expenditure after exercise plays a complementary role to an exercise program focusing on weight management. The research suggests that a high-intensity, intermittent-type of training (high-intensity interval training) has a more pronounced effect on EPOC. Also, research has shown that resistance training produces greater EPOC responses than aerobic exercise. It is also suggested that high-intensity resistance exercise disrupts the body’s homeostasis more than aerobic exercise. The result is larger energy requirement needs to be consumed after exercise to restore the body’s metabolic systems to baseline and thus an explanation for the higher EPOC. The underlying mechanisms that cause the higher EPOC observed in resistance exercise include elevated blood lactate, and an increase in circulating catecholamines (epinephrine and norepinephrine) and hormones such as insulin, cortisol, adrenocorticotropic hormone (ACTH). It may appear that EPOC accounts for post-exercise expenditure of somewhere between 50-150 kilocalories. Since a pound of fat is equal to 3,500 kilocalories, the effect of EPOC on weight control must be regarded in terms of a cumulative effect over time.

In conclusion, it appears that much of the conflicting data on EPOC is dependent upon the intensity and duration of the exercise. As a result, smaller and shorter lasting EPOC values are found with lower intensity and shorter duration, whereas the most pronounced effect on EPOC stems from training protocols of high intensity and longer durations. This theory applies to not only aerobic exercise but resistance training as well.

Great Resources to “Rev Up Your Metabolism”