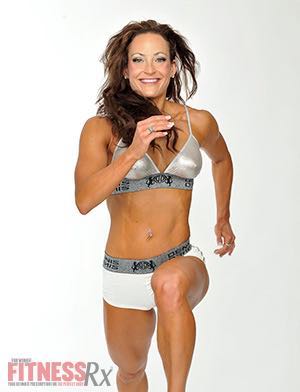 If you ask anyone while they are exercising why they are doing it, the most common answer may be “because I am burning calories!” The combination of the caloric expenditure from exercise plus a healthy caloric consumption is the enticing motivation to the exerciser who is seeking optimal weight loss. However, exercise physiologists have found that there is an added bonus to exercise, known as the “Exercise Afterburn.” Research indicates that certain factors can lead to an increase in post-exercise caloric expenditure, although little data exist on whether the calories burned are from fat or carbohydrates.

Exercise afterburn, also referred to as excess post-exercise oxygen consumption (EPOC), is the number of calories that are expended after an exercise session ceases. During exercise, there is an increase in oxygen consumption (known as VO2) to support the body’s energy needs during the exercise session. EPOC represents the increased VO2 after exercise. This metabolic process was originally known as the “oxygen debt.” Oxygen debt (now known as EPOC) is the amount of extra oxygen required by muscle tissue to oxidize lactic acid and replenish depleted ATP and phosphocreatine following vigorous exercise. It represents replenishment of the oxygen store that was depleted during the time that oxygen uptake from the air was inadequate for aerobic metabolism. The human body usually takes several hours to fully recover to a resting state. Some studies showed that resting metabolic rate (RMR) did not return to a pre-exercise state for two hours after strenuous recreational sports, six hours after a one hour of aerobic class, and 36-48 hours after very strenuous cardiovascular exercise. Research has found that EPOC depends on the intensity and duration of exercise, as well as other influencing factors such as fitness level and gender.

The Effect of Intensity and Duration of Aerobic Exercise on EPOC

Many studies have revealed that the intensity of an aerobic exercise session has the greatest influence on EPOC. As exercise intensity increases, the magnitude and duration of EPOC will increase. Studies that used low intensities such as 50 percent VO2max or less and shorter durations (30 minutes or less) have the least effect of EPOC. In fact there was an absence of a sustained increase in VO2 after exercise in these studies. The greatest EPOC was reported in studies utilizing higher exercise intensity (75%-90% VO2max). Additionally, the duration of EPOC following the highest-intensity exercise was significantly longer when compared to the lower-intensity bouts. EPOC seemed to last up to 10 hours as compared to one to three hours.

The duration of an aerobic exercise session also affects EPOC. The current research shows that a direct relationship also exists between the duration of exercise and EPOC. Evidence has accumulated to suggest an exponential relationship between the magnitude of the EPOC for specific exercise durations lasting longer than 30 minutes. Furthermore, work at exercise intensities >50-60 percent VO2max stimulate a linear increase in EPOC as exercise duration increases. EPOC values of 6.6 L (33 calories over 128 minutes post exercise), 14.9 L (74.5 calories over 204 minutes post exercise) and 33 L (165 calories over 455 minutes post exercise) have been reported for durations of 30, 45 and 60 minutes. Other studies have shown that EPOC values following a 60-minute exercise duration were 8.6 L (43 calories), 9.8 L (49 calories) and 15.2 L (76 calories). These research findings suggest that given sufficient aerobic exercise intensity of greater than 50 percent VO2max (closer to 70%), exercise duration is an important factor influencing EPOC. Several studies have investigated the effects of combining high intensity with even longer duration closer to 80 minutes in a single exercise session. In these studies the subject’s VO2 was still elevated by an average of five percent for 24 hours post-exercise.

Since there is an exponentially linear relationship between exercise intensity and EPOC, it is not unexpected that at supra-maximal intensity levels, EPOC values are even higher. Brief intermittent bouts of fatiguing supra-maximal exercise, such as one-minute cycling sprints at intensities over 100 percent VO2max combined with three minutes rest periods of cycling at a lower intensity around 60-70 percent VO2max, elevated metabolism for four hours post-exercise.

Another study found post-exercise energy expenditure to be elevated for nine hours when performing 20 intervals on a treadmill consisting of one-minute sprints at 105 percent VO2max with a two-minute jogging pace. This type of training is known as high-intensity interval training (HIIT). High-intensity interval training involves alternating between very high intense bouts of exercise with lower intensities. It appears HIIT is an effective way to increase EPOC values for an extended period of time post-exercise. Although is has not been identified as to whether the increased energy expenditure post-exercise comes from fats or carbohydrates, it is well known that during exercise the proportion of each nutrient is dependent upon the intensity of the exercise. Many studies examining HIIT training have reported an increase in the muscle mitochondrial enzymes, citrate synthase and cytochrome c oxidase, which are responsible for beta oxidation (fat oxidation) within the muscle. The HIIT training significantly increased muscle mitochondrial oxidative enzyme citrate synthase and beta-hydroxyacyl CoA dehydrogenase, inducing a distinct increase in fatty acid oxidation. So perhaps, the extended caloric expenditure would also be from fat oxidation post exercise if performing a HIIT program.

More on Ways to “Rev Up Your Metabolism”