Skip to content
FitnessRX for Women > Weight Loss > Cardio > How to Sweat More in Less Time
Share This!

When your goal is to get in better shape, it helps to have the most effective training methods that work fast— especially when your busy schedule limits gym time (something most of us can relate to!). So, we looked at some of the best cutting-edge research and reports on cardio to find the most efficient ways to increase calorie burn in the least amount of time. Take a look at what we found— and get ready to sweat! 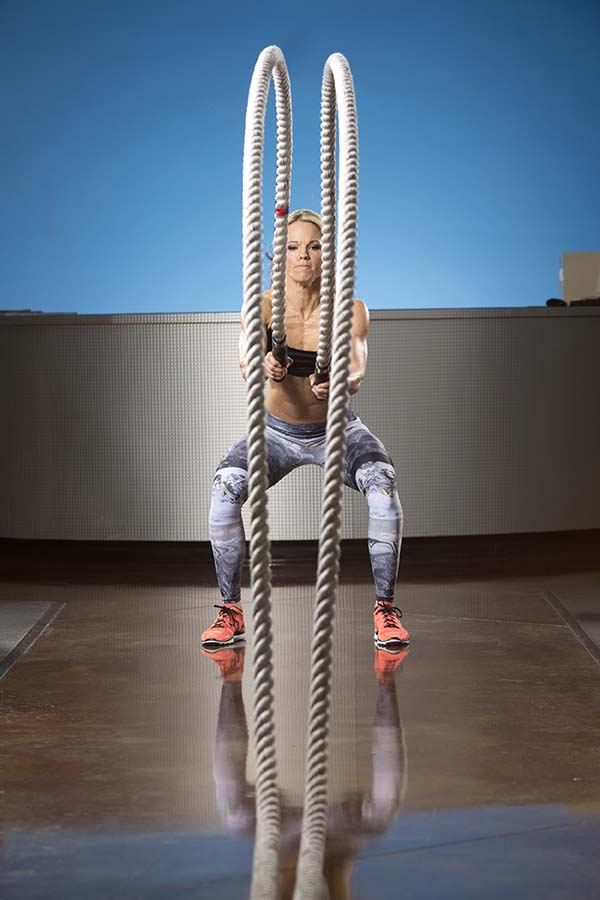 Battling Ropes and Burpees are Best

Anyone who does burpees and battling ropes as part of their exercise routine knows that both exercises are tough and will really make you work. So it’s no surprise that research is showing that these are some of the most effective exercises for increasing energy expenditure.

As reported in ACSM’s Health and Fitness Journal, a study published in the Journal of Strength and Conditioning Research measured metabolic response to exercises, including burpees and battling ropes. In the study, the participants had their heart rate, ventilation, respiratory exchange ratio and oxygen consumption measured during the three sets of the exercises that were performed. It was found that oxygen consumption and calorie burning were highest during the battling ropes exercise, and that burpees had the second largest energy expenditure.

The participants performed the battling ropes in three sets of 30-second bouts with two-minute rest intervals between sets. In each set, the participants did 10 seconds of each of the following: single-arm alternating waves, double-arm waves with a half squat and double-arm rope slams with a half squat. The burpees were done in three sets of 10 repetitions with two-minute rest intervals in between.

The study reveals that if you want to burn the largest number of calories and elicit a greater metabolic response, battling ropes and burpees are the way to go. Other effective exercises in the study included squats, deadlifts, front lunges and push-ups with a lateral crawl. According to the study, performing three sets of 10 repetitions with two-minute rest intervals seems ideal.

Another study published in the Journal of Strength and Conditioning Research also showed the positive effects of battling ropes. In the study, 11 physically active individuals participated in 10-minute bouts of rope training. The participants did 15 seconds of vertical double arm waves, followed by 45 seconds of rest, for a total of 10 repetitions. Researchers estimated the metabolic cost from heart rate, lactate, resting O2 uptake, exercise O2 uptake and excess post-exercise O2 consumption measurements. As a result, researchers found that just this 10-minute bout of battling rope training is a vigorous-intensity workout that results in high heart rate and energy expenditure.