Unless you’ve been living under a rock for the last few years, you’re well aware that high-intensity interval training (HIIT) is a hot topic in fitness and sports training. In fact, the American College of Sports Medicine surveyed more than 3,800 fitness professionals to identify the top 20 fitness trends worldwide for 2014, and it was high-intensity interval training that took over the No. 1 spot. Plus, HIIT also remained in the top three on the lists for 2015 and 2016.

Unlike most fitness trends that come and go, HIIT, which pairs performing high-intensity work (exercise) intervals with low-to-moderate intensity work (exercise) recovery phases, isn’t going anywhere because it’s based on a solid foundation of research demonstrating its powerful benefits. Put simply, according to current research, HIIT yields a broader range of health, performance and fat-loss benefits in less time with fewer sessions than the traditional approach of emphasizing continuous, steady-state, cardio exercise. 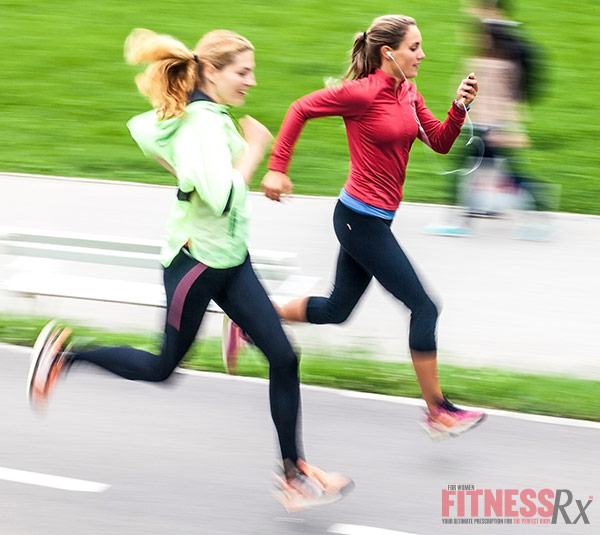 Similarly, another 2007 study published in the Journal of Applied Physiology found that seven sessions of HIIT over only a two-week period of time induced marked increases in whole-body and skeletal muscle capacity for fatty acid oxidation during exercise.

Additionally, steady-state cardio training has not been shown to create nearly the same excess post-exercise oxygen consumption EPOC (i.e., exercise after-burn) effect as high-intensity exercise. This is due to a simple reality of exercise: The higher the intensity, the greater the metabolic impact!

Several research studies have demonstrated that cardiovascular adaptations that occur with HIIT are similar, and oftentimes superior, to those that occur with continuous endurance-based cardio training.

You may have heard the term VO2 max. In the book Physiology of Sport and Exercise: 3rd Edition, VO2 max is defined as “The highest rate of oxygen consumption attainable during maximal or exhaustive exercise.”

Let’s say you and a friend are jogging together. While you are jogging you are carrying on a normal conversation. If you’re able to speak in normal (full) sentences without any huffing and puffing between words, it means you’re in an “aerobic state” (i.e., with oxygen). However, if you both decide to pick up the pace and speed up to a fast run or sprint, sure you’ll still be to talk to one another, but you’ll be unable to get out full sentences without huffing and puffing, which means you’re now in an “anaerobic state” (i.e., without oxygen). This is your aerobic ceiling or VO2 max.

The example I just gave you is called “The Talk Test.” It’s a very simple but legitimate method of telling whether you’re in an aerobic or anaerobic state.

To better understand how to use SMIT— and HIIT, for that matter— you must understand the differences between the two. HIIT involves interspersing high-intensity work (exercise) intervals performed at 100 percent of your VO2 max with either active-recovery (i.e., low-intensity) phases or passive-recovery phases (e.g., standing or sitting fairly still). SMIT, on the other hand, involves interspersing maximal-intensity (all-out) bursts of work (exercise) intervals performed at more than 100 percent of your VO2 max with passive-recovery phases.

Additionally, SMIT may be a more effective training method for active individuals at improving fitness and performance. A 2013 study published in the European Journal of Sport Science looked at the endurance and sprint benefits of high-intensity (HIIT) and supramaximal interval training (SMIT). The researchers in this study found, “improvements in 3000m time trial performance were greater following SMIT than continuous running, and improvements in 40m sprint and Repeated Sprint Ability (RSA) performance were greater following SMIT than HIIT and continuous running.”. 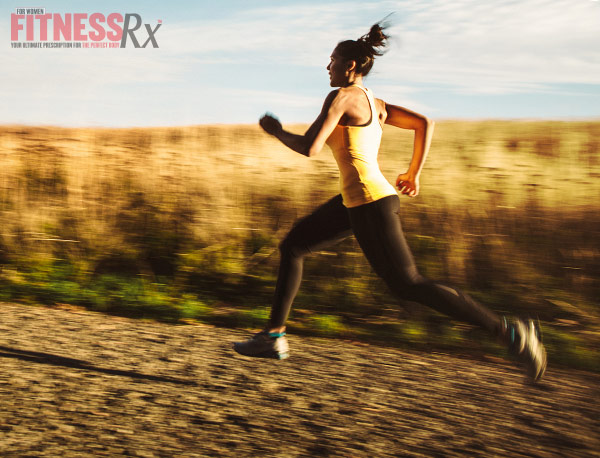 As HIIT and SMIT have grown in popularity, there has been a decline in the popularity of the standard 30-minute bout of steady-state aerobic training (e.g., roadwork or exercise on a treadmill, elliptical trainer or bicycle). However, if you’re just starting (or restarting) an exercise program, beginning with HIIT or SMIT may increase the chance for injury and muscle soreness. According to Len Kravitz, Ph.D. and Micah Zuhl, MS, in their highly science-based paper titled HIIT Vs. Continuous Endurance Training: Battle Of The Aerobic Titans, “Restarting any exercise program requires a careful progression of activity level. Beginning with HIIT may increase the chance for injury and muscle soreness. A better approach is to start with continuous, low-intensity aerobic exercise. A client who can run for 30 consecutive minutes at a moderate intensity can progress slowly into interval training.”

Therefore, it’s probably a good idea to start with low-intensity aerobic exercise until you can run (or use the elliptical trainer or bike) for about 30 consecutive minutes at moderate intensity.

Once you’ve developed a training foundation, when using HIIT or SMIT, you must consider the work-to-rest time interval relationship (i.e., a ratio of exercise to recovery). For example, a 1:3 work-to-rest ratio could be 15 seconds of high or supramaximal intensity work followed by 45 seconds of rest. A 1:2 work to rest ratio could be a 30-second work interval followed by a one-minute rest. The work to rest ratio can vary based on one’s fitness level, personal preferences, training goals or simply to add training variety and take on new fitness challenges.

Although the upright bike and Airdyne are low impact, high-intensity intervals performed on it create a very challenging conditioning workout

Action: Pedal fast and hard at about 90 percent of your maximal ability for 15 to 30 seconds. Rest for 45 seconds to 90 seconds between intervals by pedaling slowly and lightly.

To perform this workout, choose one of the three following SMIT exercise for the parameters described.

Lengths are as follows:

Action: Jog up to the start cone, then run as fast as you can back and forth between the cones. Unlike in shuttle sprints, you don’t touch the cones at the turns; therefore, you stay more upright.

Use a work-to-rest ratio of 1:3 or 1:2 between rounds, depending on your fitness level. Perform two to five rounds.

Set-up: Find a fairly steep hill at least 20 yards long. If you’re lucky, you’ll find one that is 40 yards or even longer.

Action: Run up the hill as fast as you can, then walk down slowly to set up your next run.