No area of the body gets more attention than the abs. Having a pronounced “six-pack” is widely considered the ultimate sign of peak physical condition; it is the centerpiece of your body. But as every gym rat knows, achieving an etched six-pack isn’t easy. And without question, the lower abdominal region tends to be the most problematic aspect from a muscle development standpoint.

While the upper abs generally respond rather readily to intense training, the lower portion always seems to lag behind. This is in part due to the structure of the abdominal musculature. The rectus abdominis is a tapered muscle; it is wide at the top and narrow at the bottom. Consequently, because there is much less muscle to work with, developing the lower abdominal region is a difficult proposition. 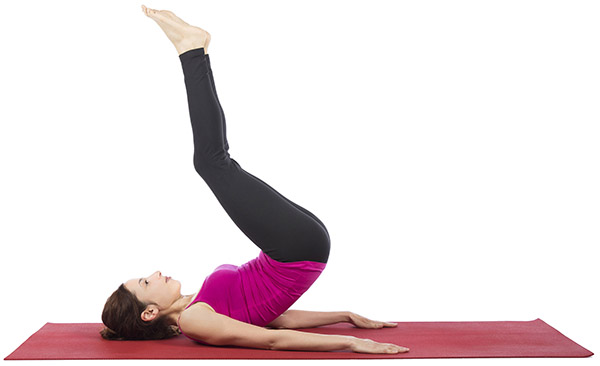 The question is, can you selectively train the lower abs to bring about greater development in this area?

To help answer this question, a little anatomy is in order. Contrary to what many believe, the rectus abdominis isn’t a group of independent muscles. Rather, it is one long muscular sheath that runs from just below your chest bone (i.e., sternum) all the way down into your pelvis (i.e., crest of the pubis). However, the rectus abdominis is partitioned by tendinous intersections, which are fibrous bands of connective tissue that compartmentalize the abs into segments and visually produce the “six-pack” appearance. Moreover, the upper and lower aspects of the muscle are segmentally innervated by ventral rami of the lower six or seven thoracic nerves, thereby providing a mechanism for selective activation. So from an anatomical standpoint, there is at least a logical basis for targeting different aspects of the rectus abdominis.

So the next question is, does logic translate into practice?

Research investigating muscle activation via electromyography (EMG) has produced conflicting results on the topic. Several studies show an ability to target the lower abdominal area, while others have failed to find significant differences in activation between regions. An issue with some of the research is the use of the leg raise as the exercise of choice for the lower abs. Here’s the rub: simply raising and lowering the legs dynamically works the hip flexors; the abdominal muscles are active, but only isometrically to stabilize the movement. As previously shown in research from my lab, isometric abdominal training has no effect on segmental activation of the abdominal musculature. In order to actually target the lower abs, you need to dynamically perform a posterior pelvic tilt where the pelvis is drawn upward toward to the umbilicus. This movement, as can be achieved in the reverse crunch and hanging knee raise, causes more shortening to take place in the lower region, thus stimulating the lower abs to a greater extent than the upper abs. But while the approach makes sense in theory, several studies that employed exercises involving a posterior pelvic tilt (i.e., reverse crunch and hanging knee raise) nevertheless found no differences in muscle activity of the upper versus lower rectus abdominis.

So what gives? It appears the answer might be related to proper exercise performance.

In one of the more novel study designs on the topic, Sarti et al. separated participants into two groups— a high physical activity group that trained seriously for at least one and a half hours, three days a week for three years, and a low physical activity group that did not meet this criterion. Each of these two groups performed a crunch (intended to target the upper abs) and a reverse crunch (intended to target the lower abs). EMG readings were obtained to determine muscle activity in the upper and lower abdominal region. Exercise performance was monitored by fitness professionals, and the groups were then further subdivided into correct and incorrect performers— based on the participant’s ability to perform the exercises properly (in this case, correct performance of the reverse crunch was dependent on the participant being able to initiate a posterior pelvic tilt). The interesting finding of this study was that only the physically active participants deemed “correct performers” were able to target their lower abs!

A recent study of Middle Eastern belly dancers lends further support for the ability to preferentially recruit the upper and lower rectus when the person is skilled at performance. EMG analysis of the rectus abdominis showed significant differences in activation levels between the upper and lower abs throughout dance movements. The results provide compelling evidence that provided you have muscular control over your abdominal region, the rectus abdominis does function as semi-independent units that can be selectively targeted depending on the choice of exercise.

Given that you can in fact target the lower abs, the next logical question is whether the increased activation actually translates into greater muscle development. While the jury is still somewhat out on the topic, research does seem to indicate that greater activation is indeed associated with increases in hypertrophy. The extent to which the greater activation increases muscle hypertrophy is not clear, but when it comes to a hard-to-develop area such as the lower abs, every little bit counts.

It is important to point out that you can’t isolate any of the body’s major muscles, and the abs are no exception. Regardless of which abdominal exercises you perform, you’re always working both the upper and lower areas of the rectus abdominis (and even your obliques, too). Take-home message: When it comes to resistance training, you can only emphasize, not isolate!

The bottom line here is that you must initiate a posterior pelvic tilt if you want to increase activation of the lower abdominal musculature. This is accomplished by lifting only from the butt so that you bring your pelvis up toward your belly button— standard leg raises are primarily a hip flexor exercise and will only work your abs statically, without targeting the lower aspect of the abs. Maximizing involvement of the lower abs is somewhat of a tricky proposition because the pelvis has a very limited range of motion and, if strict attention is not paid to proper form, your hip flexors will tend to dominate during exercise performance. You therefore must attempt to exert maximal effort into each contraction, forcing the lower portion of the abs to execute the movement. Provided you perform the movement correctly, you should be able to elicit greater development in the lower abdominal region over time.

Importantly, remember that abdominal training does nothing to reduce fat stores in the midsection. You can perform reverse crunches until the cows come home, but won’t see the results unless you’re super lean. So pay heed to the adage that ab aesthetics start in the kitchen, and make sure to dial-in your diet to achieve a truly defined six-pack.

2. Duncan M. Muscle activity of the upper and lower rectus abdominis during exercises performed on and off a Swiss ball. J Bodyw Mov Ther 2009;13: 364-367.

6. Lehman GJ and McGill SM. Quantification of the differences in electromyographic activity magnitude between the upper and lower portions of the rectus abdominis muscle during selected trunk exercises. Phys Ther 2001;81: 1096-1101.

10. Schoenfeld BJ, Contreras B, et al. An electromyographic comparison of a modified version of the plank with a long lever and posterior tilt versus the traditional plank exercise. Sports Biomech 2014;13: 296-306.