Gaining strength is paramount in resistance training, even when the goal is purely physique-based. In general, the stronger you are at any given bodyweight, the leaner you’ll be, because lifting additional weight over time requires more lean muscle. More lean muscle without additional body mass requires a loss in fat mass, and hence a leaner body. So it’s to all of our best interests to get stronger overall in order to attain the level of leanness we desire.

But how do we most effectively go about gaining strength and engaging in progressive overload? Do we simply go all out each week and try to add five pounds to the bar on every occasion? Or, is there a more effective strategy that we can implement? 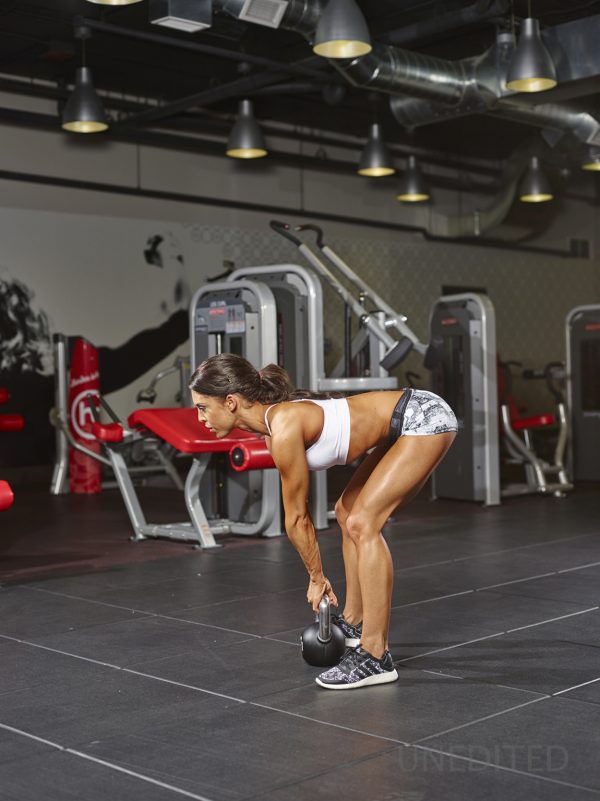 I’ve been lifting weights for 24 years and training others as a certified personal trainer for 19 years. In my experience, training all out each week and trying to add weight to the bar on every session results in frustration and failure. You won’t always add five pounds to the bar each week or even each month for that matter. For example, if you could squat five more pounds each month, in five years you’d be squatting with 300 more pounds on the bar. This will not happen.

Along the same lines, you won’t always add an extra rep each week or even each month for that matter. For example, if you could gain an extra chin-up repetition each month, in five years you’d be able to bust out 60 more chin-ups than you currently perform. This won’t happen, either. Strength gains are not linear; they are wavy and fluctuating even when we seemingly do everything right.

A better strategy is to plan your personal record (PR) attempts. At my Glute Lab, I implement two strategies that I believe help maximize my clients’ results. First, I create four-week plans with fluctuating effort. During week one, the goal is to practice excellent mechanics and get a good feel for what loads to use the following week. During the next three weeks, effort is ramped up so that they’re going hard on week two, extra hard on week three, and extremely hard on week four. During week four, their goal is to set a PR and achieve something they never previously achieved in the gym. At the end of the fourth week, they’re ready for an easier week with new exercises to focus on, which leads me to my next point.

Second, I rotate the exercise focus every four weeks. Each month, we’re performing the best glute exercises such as hip thrusts, squats, deadlifts, lunges, glute bridges and back extensions, in addition to the best upper body exercises such as bench press, incline press, push-ups, military press, chin-ups and inverted rows. However, I select one lower body lift and one upper body lift to prioritize each month, and the other exercises go on the backburner. What my clients find is that they’re almost always able to set PRs in the lifts they’re focusing on while easily maintaining their strength on the lifts they’re not prioritizing. Sometimes strength is gained on lifts that are not being prioritized. For example, it is not uncommon for clients to set PRs on the deadlift during a squat or hip thrust month.

I’ve found that when prioritizing squats and hip thrusts, clients can usually perform the lift three times per week in varying set and rep schemes. However, with deadlifts, it is usually ideal to go heavy and close to failure just once per week. An additional deadlift session during the week can certainly be employed, but not with heavy loading and while making sure to stay far away from muscular failure. The exercises that get prioritized should be placed first and second in the workout, with additional exercises being performed afterward.

If you’re confused, here’s an example three-month scenario. For month one, you could focus on squats and close-grip bench press, performing each on three separate occasions throughout the week. For month two, you could focus on hip thrusts and underhand grip lat pulldowns, performing each on three separate occasions throughout the week. And for month three, you could focus on deadlifts and military press, performing each on two separate occasions. Additional exercises will still be performed after the prioritized lifts, but not necessarily with the goal of setting PRs throughout the month. I like to end each training session with a glute burn and pump, so hopefully you read my previous column on the 10-minute glute circuits.

If you have a strategy, you’re already miles ahead of the vast majority of lifters who seem to wander aimlessly around the gym, spinning their wheels. I hope this article has provided you with some food for thought and causes you to rethink your current program design strategy.