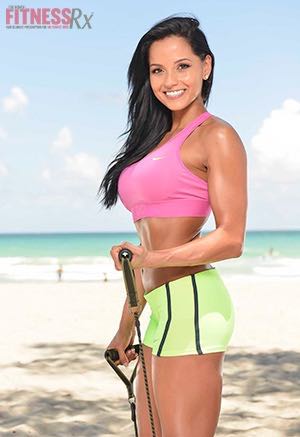 I’m always looking for unique ways to enhance my training and change it up a little bit. Well, surprisingly I came across a few great articles that highlight the unique muscle-building qualities provided by resistance training with elastic bands. These studies clearly demonstrate that elastic resistance training produces a fundamentally different training stimulus when compared to free weights or machines, making it an excellent alternative for lean muscle growth and strength.

Once the weight has built up momentum in the initial phase, the muscle fibers do not need to be maximally activated to continue moving the weight throughout the rest of the movement, thus diminishing the training effect. However, the increase in resistance generated from elastic bands negates the production of momentum— disallowing the momentum-driven propulsion of the bar through the rest of the movement and creating a demand for greater muscle activity that ultimately stimulates greater muscle growth.

This effect from elastic resistance was clearly demonstrated in a study by Jalal et al.1 that showed a 15 percent increase in muscle activity during elastic resistance training when compared to free-weight training. Moreover, the comparison between elastic training and free-weight training also showed a considerably higher level of muscle activation in the later phases of the movement— supporting the idea that the ascending force from elastic bands diminished momentum, causing muscle activation throughout the entire concentric phase of the movement. 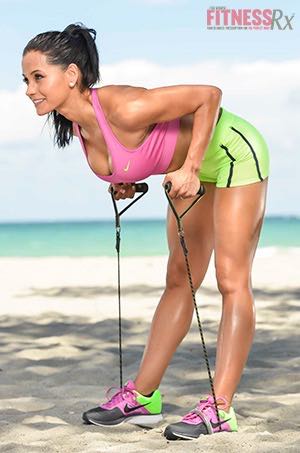 Elastic resistance naturally produces a greater amount of tension on the muscle compared to free weights because, as previously stated, it has the capacity to minimize momentum— causing greater muscle activity throughout the entire movement, which effectively increases the amount of time the muscle is under tension. In addition, elastic bands also produce resistance independent of gravity, which fails to produce tension on the muscle during specific phases of certain lifts. For example, free-weight biceps curls produce very little muscle tension at the top of the concentric phase due to the prominent horizontal movement of the weight that no longer creates gravitational resistance.

On the other hand, the precisely positioned use of elastic bands— that causes the elastic material to be stretched for the entire movement— places resistance on the biceps throughout the entire range of motion. The continuous tension from elastic resistance training should stimulate greater muscle growth, as it has been well documented2 that greater time under tension potently increases mechanical tension on the muscle cell. Increased mechanical tension on the muscle cell produces more muscle cell damage and/or increased metabolic stress, which powerfully enhances lean muscle mass. Clearly demonstrating the ability of elastic bands to build lean mass, a study by Colado et al.3 found that elastic resistance is as effective if not better than free weights or resistance machines at increasing both lean body mass and strength.

While muscle damage following eccentric contractions and bouts of unaccustomed exercise has been well established7,8,9, only in recent years has a study looked at the influence that elastic resistance training has on muscle damage. This study by Aboodarda et al.10 showed that elastic resistance training induced a similar amount of muscle damage when compared to Nautilus machine resistance. While the underlying mechanism of these findings is unknown, a potential explanation for this result may have been uncovered in another study by Cronin et al.11, which demonstrated a considerable increase in muscle activity within the quadriceps muscle during the eccentric phase of leg extensions while using elastic resistance.

Elastic bands provide a unique form of resistance that puts considerable stress on muscle tissue, causing considerable gains in muscle mass and strength that is comparable to free weights. In addition, because the elastic resistance force is so fundamentally different from free-weight resistance, both approaches can be simultaneously used during your workout to create a combination of forces that place greater initial strain on the muscle while maintaining maximal strain on the musculature throughout the entire movement— generating remarkable gains in strength and lean muscle mass.14