If you haven’t tried the TRX® suspension training system, most likely you’ve at least seen it in your gym or heard about it (and now the TRX® Home Suspension Trainer is available to suit an even broader audience). Suspension Training®— the innovative approach to physical conditioning that has become a global fitness phenomenon— was created by Randy Hetrick, who is also the founder of the popular TRX® suspension training system— a scalable tool that can deliver a total body workout and help build a strong core.

Randy came up with the idea for his suspension training system when he was a U.S. Navy Seal deployed in Asia. “I had a cool harness that I created on the Seal team that my buddies loved; it was a very primitive version that I brought to the market,” he said.

After completing business school at Stanford, Randy went to work building his company at age 36. “I must have pitched to 200 gyms out of my backpack. I would call, set up a meeting and I would beg for 30 minutes of a hour-long staff training to talk about this cool new training tool, because functional training hadn’t even arrived yet.”

In addition, it all came full circle for Randy when he appeared as a judge on the Spike TV show “Sweat Inc,” (along with Jillian Michaels and Obi Obadike), which was a competition seeking to find the next big thing in fitness. Each episode featured three entrepreneurs and focused on a specific fitness category such as circuit training, interval training, platform devices, etc.

“I was these guys, so I really felt their pain, their excitement. When they did great I was thrilled for them,” said Randy, about the entrepreneurs on “Sweat Inc.”

So what sets the TRX® training system apart? For one thing versatility, said Randy. “It’s versatile not only in the types of exercises … you, the user, determines how little or much you use it … and if you load too much you can reduce that load instantly,” he said. 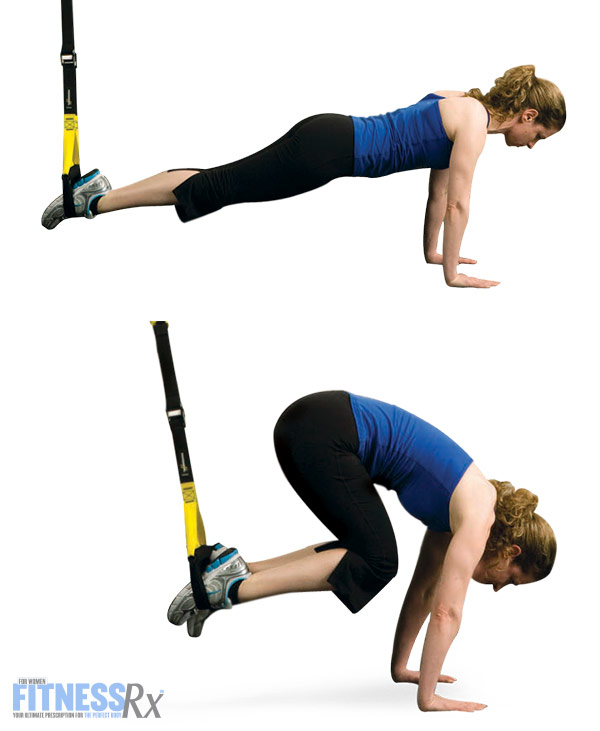 START: Both feet in foot cradles, on forearms/hands with legs straight, active plank.

RETURN: Extend legs back toward anchor point in a strong plank position. 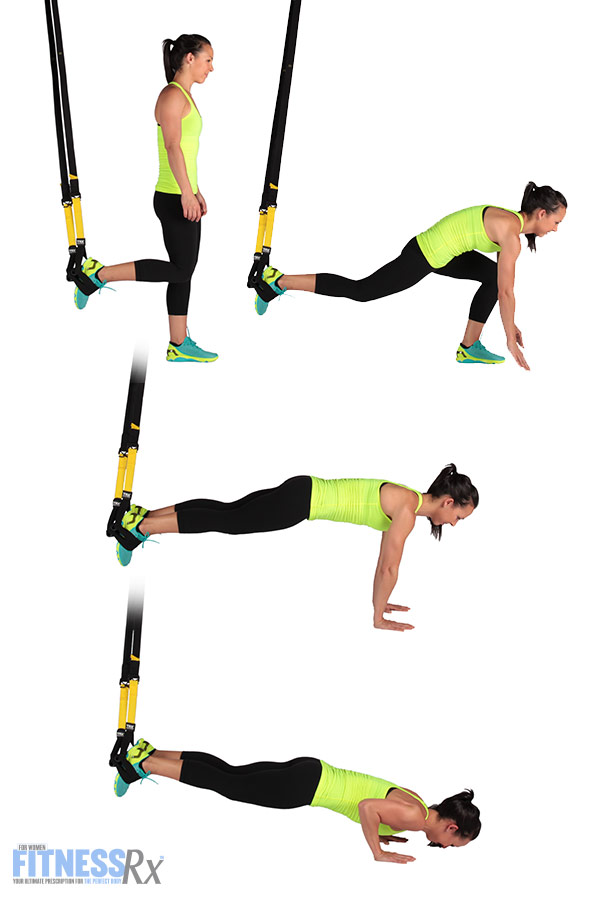 START: One foot in foot cradles(s), and centered with anchor point, shoulders over hips.

MOVEMENT: Drive suspended knee back, lower hips until back knee is two inches from ground, place hands on the ground, hop grounded leg straight back to a plank, perform push-up.

RETURN: Hop grounded leg forward, explode up to a jump. 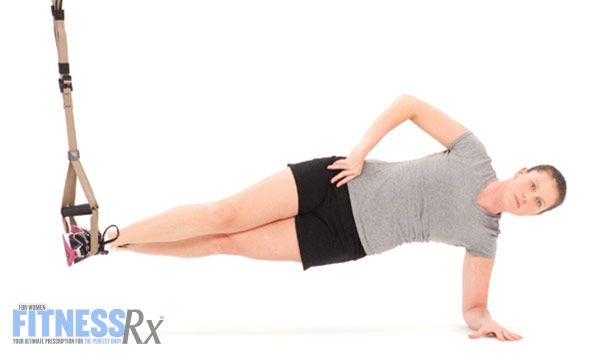 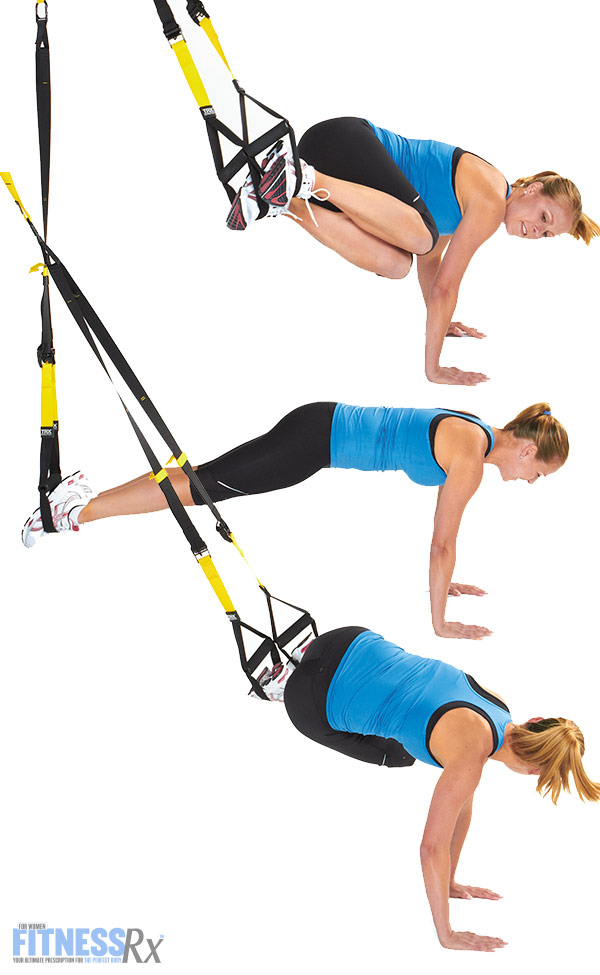 START: Both feet in foot cradles, on forearms/hands with legs straight, active plank.

MOVEMENT: Drive both knees toward the left shoulder.

RETURN: Extend legs back toward anchor point and re-establish a strong plank position, prior to repeating to the right shoulder.