Few parts of a woman’s body look hotter than well-toned ab muscles— they suggest fitness, leanness, and sex appeal. Women who have great abs almost always flaunt them, while those who don’t, secretly wish they had a great-looking midsection they could show off to the world.

If you’re like most women, you don’t have hours to spend in the gym or running laps on the track. You want a program that brings results fast. The Swiss Ball Ab Buster Workout combines scientifically-proven core exercises on the Swiss ball with high-intensity interval training and the Mediterranean diet. Swiss ball training activates and overloads the supporting muscles of the spine, hips, legs, and shoulders. These stabilizing muscles are often underdeveloped during traditional machine-based weight training programs. Swiss ball training promotes balance and body awareness, strengthens core muscles, speeds nervous system responsiveness, improves coordination, and increases confidence when performing skills.

This magic combination of Swiss ball exercises, interval training, and a reduced-calorie Mediterranean diet will build aerobic capacity, tone core muscles, and melt fat quickly and effectively. The program is simple and incredibly effective. You can do it at the gym or in the privacy of your own home. Do it for only a few months and you will be amazed at your new vitality and smokin’ hot body. 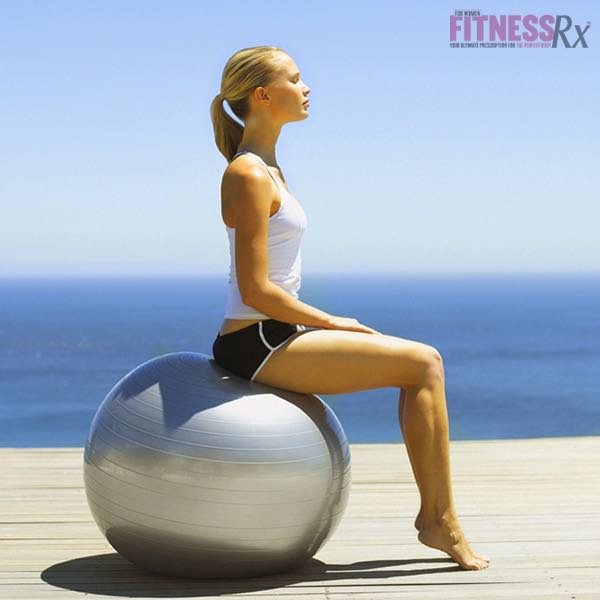 The 29 core muscles in the torso provide a stable midsection that is vital to all motions and postures. The core muscles stabilize the spine and help transfer force between the lower and upper body. They stabilize the midsection when you sit, stand, reach, walk, jump, twist, squat, throw, or bend. The muscles on the front, back, and sides of the trunk support the spine when you sit in a chair and fix the midsection as you use your legs to stand up. When hitting a forehand in tennis or batting a softball, most of the force is transferred from the legs, across the core, to the shoulders and arms. Strong core muscles make movements more forceful and preserve a healthy spine so you don’t get back pain. These muscles also serve as the central component of a smokin’ hot body.

Scientists have an amazing tool called electromyography (EMG) that shows which exercises are best for toning and strengthening the core muscles of the abdomen and back. EMG measures the electrical activity of muscles. Scientists place electrodes over a muscle belly and the harder the muscle works, the more electricity is measured on the EMG. By placing the EMG electrodes (pads that pick up the electrical signals in the muscles) on key muscle groups, scientists can tell which exercises are best for toning and strengthening a specific muscle.

Scientists from Sacramento State University in California and Bond University in Australia showed that Swiss ball exercises are highly effective for activating and building core muscles. The results of their EMG studies serve as the basis of the Swiss Ball Ab-Buster Workout. They found that the most effective core-building Swiss ball exercises included the rollout, pike, curl-up, plank, three-point plank, side plank, and back extension. Do 1 to 3 sets of each exercise, three days per week. This simple workout will build toned, well-balanced core muscles that will make your body look fit and sexy and promote spinal heals. Short bouts of maximal-intensity exercise (HIT) build high levels of fitness quickly. Canadian researchers found that six sessions of high-intensity interval training on a stationary bike increased muscle oxidative capacity (citrate synthase) by almost 50 percent, muscle glycogen by 20 percent, and cycle endurance capacity by 100 percent. The subjects made these amazing improvements exercising a mere 15 minutes in two weeks. A follow-up study in moderately-active women using the same training method showed that interval training increased whole-body and skeletal muscle capacity for fat use during exercise. The key element in both studies was training at 100 percent of maximum effort. These studies showed the importance of high-intensity training for building aerobic capacity and endurance. 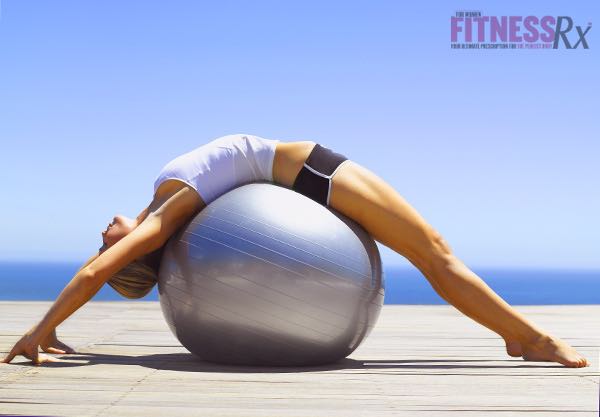 Interval training builds muscle power that will carry over to your fitness and body-shaping program. The strong, shapely muscles you build doing HIT will make it easier to do leg exercises such as lunges and squats and give you greater stamina for sports. Intervals will also develop powerful lower-body muscles faster and better than almost any other exercise.

High-intensity interval training has been used safely and effectively with healthy adults, older adults, and patients with cardiovascular and lung disease. It appears safe and effective and could be the answer to achieving rapid fitness gains and health benefits with less effort. Before practicing HIT, warm up for several minutes by doing low-intensity exercise. Maximal intensity exercise without warm-up can cause heart arrhythmias even in healthy people. HIT might trigger overuse injuries in unfit people. Start off gradually. Exercise at submaximal intensities for at least four to six weeks before starting high-intensity interval training.

The beauty of the Swiss Ball Ab-Buster workout is that it is extremely effective but requires only 30 minutes per day. Do the Swiss ball workout three times per week and the HIT program two to three days per week. While it’s best to do the HIT and Swiss ball workouts on separate days, you can do them together if you don’t get too tired.

Do all exercises on a Swiss ball

Kneel in front of the ball about one foot away, and place your extended arms on top of the ball. Roll the ball outward until your arms are bent and you are supporting your weight with your forearms. Return to the starting position. Begin with 1-2 reps and progress until you can do 10 reps. Do 1 to 3 sets of this exercise.

Assume a “push-up” position with your lower legs supported by the ball, body straight, arms extended, and hands on the ground in front of the ball. Keeping your legs straight, drive your butt toward the ceiling until you achieve a pike position. Return to the starting position. Begin with 1-2 reps and progress until you can do 10 reps. Do 1 to 3 sets of this exercise.

Lie on your back on the ball with your arms folded across your chest and feet flat on the floor in front with knees bent. Contract your ab muscles but minimize the forward movement of the shoulders and head. Hold the contraction for 2-3 seconds during each rep. Do 1 to 3 sets of 10 reps. Do this exercise on the ground before attempting it on a Swiss ball.

Place forearms on the ball and feet on a bench behind you. Carefully roll the ball away from the bench with your forearms until your body is straight. Hold this position for 10 to 30 seconds. Do 1 to 3 sets of 1 to 3 reps. Do this exercise on the ground before attempting it on a Swiss ball.

Place forearms on the ball and one foot on a bench behind you. Carefully roll the ball away from the bench with your forearms until your body is straight. Hold this position for 10 to 30 seconds. Repeat with your other foot on the bench. Do 1 to 3 sets of this exercise. Do this exercise on the ground before attempting it on a Swiss ball.

Lie on your side with your legs extended fully and support your body between your forearm placed on the ball and your feet on the floor. Do this exercise on your left and right sides and try to hold your spine in a neutral position (normal curves)— avoid letting it sag during the exercise. Hold the position for 10 seconds. Do 1 to 5 sets of this exercise. Do this exercise on the ground before attempting it on a Swiss ball.

Lie face down on the Swiss ball with your belly button on the middle of the ball, legs extended to the floor behind the ball, and arms folded across your upper chest. Extend your torso upward until your spine is straight. Hold this position for 10 to 30 seconds. Try to maintain a neutral spine during this exercise. Do 1 to 5 sets of this exercise.

Jakubek, M. D. Stability balls: reviewing the literature regarding their use and effectiveness. J Strength Cond, 29: 58-63, 2007.