Aah … to be eternally youthful, never age, and live forever. Is it just a dream, or a realistic goal? Perhaps it’s a bit of both. Nobody lives forever, and we all age eventually. As the late, great Joan Crawford once remarked, years before her image became a train wreck thanks to Mommie Dearest: “You can’t be Shirley Temple on the Good Ship Lollipop forever. Sooner or later, damn it, you’re old.”

Wait a minute, Joan. You are being too harsh and extreme … and that’s not a reference to your alleged parenting skills. Crawford was speaking based on her own limited experiences. Today’s fitness-conscious women are smarter, take better care of themselves and are more informed about healthy living than the women of Crawford’s era— some of whom smoked like a chimney and fortified themselves with whiskey instead of unsweetened green tea. Unhealthy living will take a toll on anyone, but if you are proactive about how you live your life, you will live longer, stay healthier and feel better.

You don’t have to look far to see proof that taking care of yourself and exercising is the only true Fountain of Youth. At the premiere for the “Wonder Woman” movie, there were two Wonder Women on the red carpet— star Gal Gadot and the original Wonder Woman, Lynda Carter, who at age 65 is a knockout who looks more like a woman in her 40s. Carter has long espoused the virtues of exercise, healthy eating and staying out of the sun. 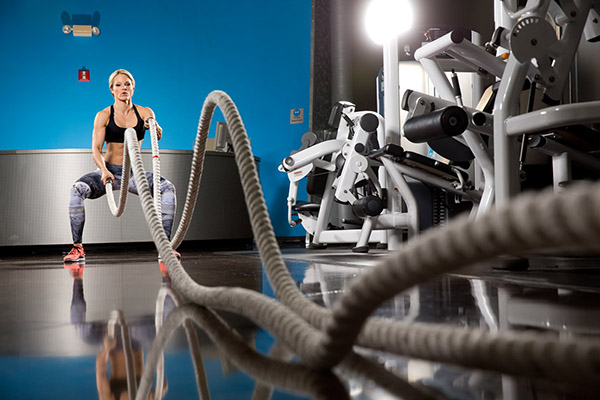 The Science of Longevity

The age-defying benefits of exercise are backed by research. Scientists at Brigham and Women’s Hospital in Boston concluded that physical activity is associated with an “extended lifespan.” With previous research demonstrating a dose-response relationship between exercise and all-cause mortality— meaning that physical activity enhances life expectancy— the researchers wanted to determine if exercise is a “modifiable” (i.e., changeable) determinant of longevity.

The researchers used a “prospective cohort” of 2,316 physicians. A prospective cohort is a research study that follows, over time, groups of individuals who are alike in many ways, but differ by a certain characteristic— for example, female nurses who smoke and those who do not smoke— and compares them for a particular outcome (such as lung cancer). Prospective cohorts are important research tools to study the etiology of diseases and disorders in humans, because for ethical reasons, people cannot be deliberately exposed to suspected risk factors in controlled experiments.

The lifespan of subjects in this cohort ranged from 67.7 to 104.2 years. Compared to sedentary individuals, regular exercise was associated with a lower risk of death before age 90. Those who exercised regularly had a greater life expectancy than their inactive counterparts, at age 65 and on. The researchers concluded that regular exercisers “were more likely to achieve exceptional longevity,” compared to their sedentary counterparts.

The researchers noted that exercise increases longevity and extends one’s lifespan, “even in the presence of cardiovascular risk factors and major chronic illness.”

Diet— although we prefer to call it a healthy eating plan— will help you stay lean and younger looking, but that isn’t enough for long-term and significant weight loss. You have to hit the gym, consistently.

You can shape your body by altering your diet— cutting out bread, sugar, dairy and eating a diet rich in lean protein, healthy carbs (i.e., brown rice and green, leafy vegetables) and drinking plenty of water. But it’s resistance exercise— lifting weights, increasing your strength and lean muscle— that will put the “finishing touch” on your “exercise for longevity” program.

That’s because the more lean muscle you have, the more fat you will burn— 24/7. Lean body mass will ignite your metabolism, causing you to burn fat long after you have left the gym. Working out regularly will put you in constant fat-burning mode— so you’ll look younger, leaner and sexier. But you have to stick with it. 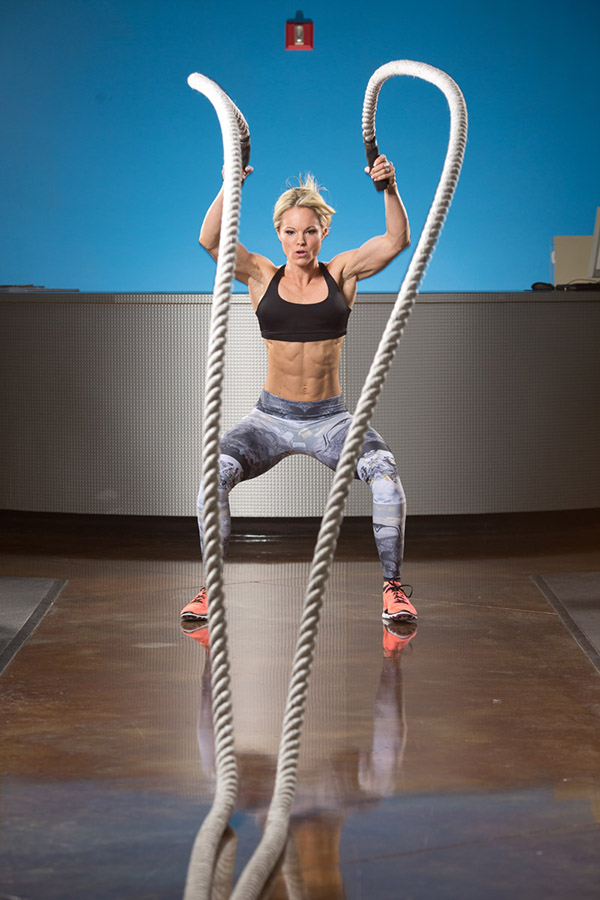 Where Do You Start?

If you’ve never worked out before, and/or you’re a bit rusty in the exercise department, head to your nearest gym and ask for a free orientation with a personal trainer. He or she will develop an exercise program for you and show you how to use the equipment. Start with a full-body circuit, two or three times a week. We’ve included the FitnessRx Longevity Workout. Here are some other things to keep in mind:

• Consider working with a personal trainer beyond your first session. A trainer will push you, keep you motivated and make sure that you are exercising safely. Some people need that “constant push” to keep them going and stick with it, and it can make the difference in your fitness plan being successful.
• Keep a brisk pace during your workouts— don’t rest too long between sets or reps. And don’t go to the gym to talk or socialize— go there to train.
• Train hard and be consistent. Don’t skip a session in the gym, unless you are sick. And don’t expect results overnight.
• Working out with a friend can be helpful. If you know that you have to meet someone at the gym for your workout, there’s a better chance that you’ll show up.
• Take a yoga class (great for flexibility, and for reducing stress) or try Pilates (to strengthen your spine). This will make you stronger, and improve your balance— making you feel (and move) even better.
• Cardiovascular exercise will boost your fat-burning even more. Jump on the treadmill for 30 minutes three to five times per week, on the days you don’t lift weights. Walk at a speed of 2-4 mph up a 5 percent to 10 percent grade at the fastest pace you can comfortably carry on a conversation. Wear a weighted vest (15 percent to 20 percent of bodyweight) to burn more calories.
• Rest and nutrition are vital parts of your fitness equation. You can exercise until you’re blue in the face, but you won’t get the results you want until you incorporate good nutrition into your program. Rest is very important because your muscles grow— you increase lean body mass— when you’re resting and/or asleep. 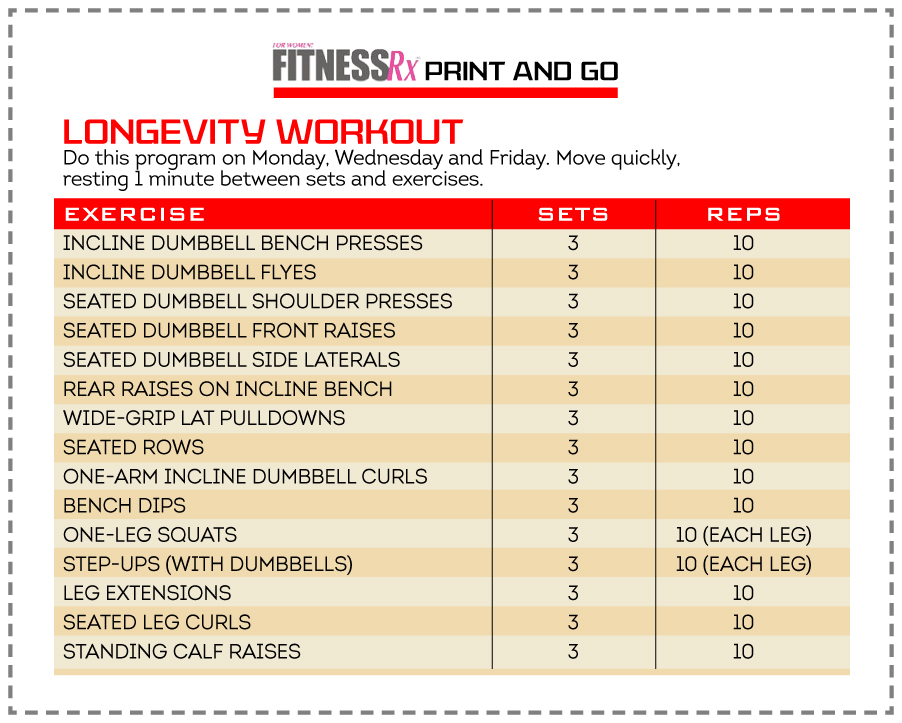