“It’s a beautiful, never-ending journey of self-improvement and self-discovery. Embrace the process and enjoy it.”

Lauralie Chapados is one of the fastest-rising stars in the IFBB Pro League Bikini division. At only 25 years old, this statuesque beauty already has six pro wins and has been runner-up at the Bikini Olympia. IFBB Hall of Fame bodybuilder Kevin Levrone caught up with Lauralie to discuss training, competing and her advice for ladies who are striving to be their best.

Q: What inspired you to start training and competing?

A: I see it now as a calling in my life. I had just turned 17 years old and I was still in school along with working two part-time jobs. One day at my gym, an IFBB Figure pro came up to me. She told me I had a great structure and asked if I had thought about competing. I said no, and she told me about a local contest coming up there in Montreal. I decided I would try it. It was like a switch had been flipped inside my head. I started eating and breathing bodybuilding and went to the gym twice a day. I fell in love with the training first, then the dieting. I didn’t know anything, so I went on as many websites and forums as I could to learn more. I won that first contest, and the next one, and then won my class at the Canadian Nationals. Only the Overall Bikini champion gets a pro card, and I earned that a year later. The rest is history.

Q: You had been a soccer player before all this. How would you compare that body to the way you look now?

A: I remember always being a skinny girl. I never ate breakfast in the morning. I would have a cookie, a macaroni salad for lunch, then whatever my mom made for dinner. I played soccer my whole life before Bikini, and also skied and practiced jiujitsu. When I finally started going to a gym, I remember asking a girl who worked there how to get rid of the bumps on the back of my legs. She told me those were hamstrings, and mine were nicely developed from all the sports. 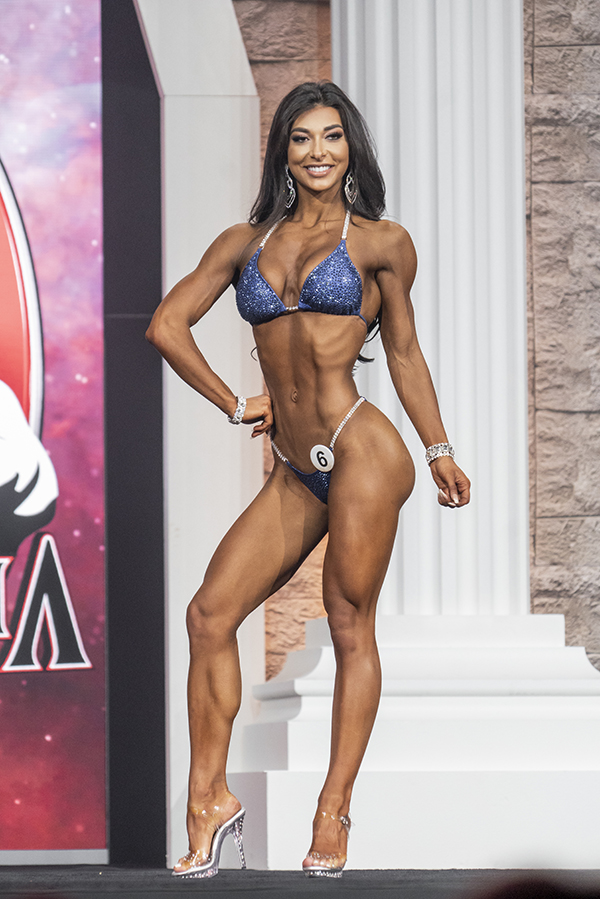 Q: Do you have any siblings? If so, are they also genetically gifted?

A: I’m not sure I would say I am genetically gifted. I don’t put muscle on easily, and I lose it quite fast because I’m an ectomorph. I have two brothers who were both much better soccer players than I ever was. They are both 6-foot-3 and put on muscle easily when they lift weights. We run tall in my family. I am 5-foot-8 myself. People always tell me I look even taller in person. It’s definitely harder to add muscle to a longer frame.

Q: What’s your body fat when you compete?

A: Would you believe I have never had my body fat tested? I know I’m never as lean as some of the other girls in my division, but I think I can get away with it. I’ve been told I have a fresh, healthy look.

Q: Probably your most impressive win was the 2019 Yamamoto Cup in Italy right after the Olympia, because you won despite having just suffered a serious back injury. What happened? 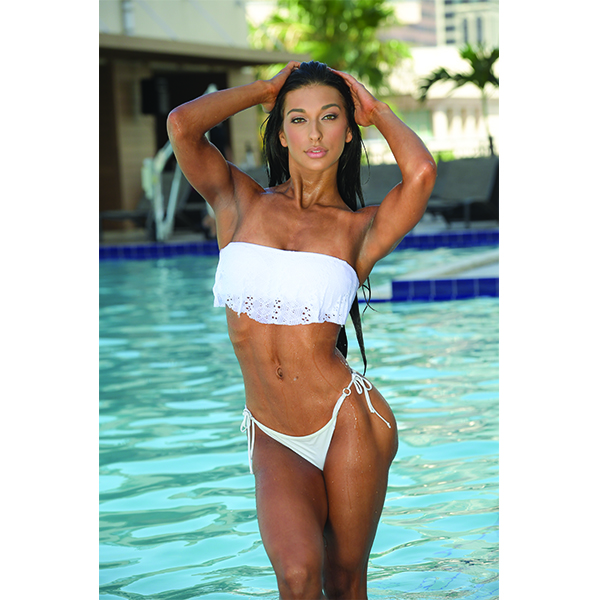 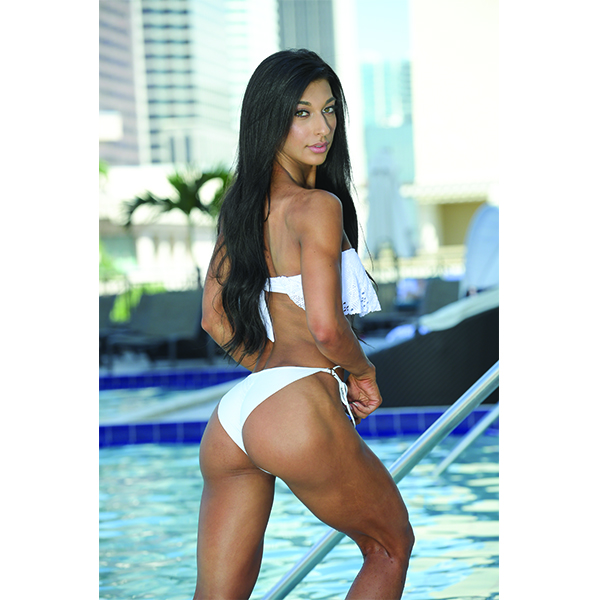 A: I was ready for the Olympia at nine weeks out, and near the end of that prep I went to Montreal and trained at a nice air-conditioned gym. Then I flew back to Los Angeles at two weeks out, and it was so hot there. The same day I arrived, I went and trained legs. I almost passed out twice during that workout, and I had also felt something pop in my lower back while doing hack squats. After the workout, I posed for an hour. In Bikini, we do that pose with the arched lower back, which puts a lot of pressure on it. Normally I stretch after training and posing, but that day I was so exhausted I skipped it. The next morning I woke up in excruciating pain and couldn’t even get out of bed. The Olympia was only a week away, and the stress of the situation made me hold so much water. I went from looking stage ready to 12 weeks out in less than 24 hours! I had every type of therapy you can imagine done on my lower back just so I would be able to go to the contest and pose. There was no way I was missing the Olympia, and I still was able to get fourth place. After the show, my back pain wasn’t as bad, though I still couldn’t train. I got the opportunity to go to Venice, Italy to compete in the Yamamoto Cup, and I took it. And I won!

Q: What’s the best advice you have for the young women out there who look up to you as a role model and would like to follow in your footsteps in pro Bikini?

A: I would say the same things I would tell my younger self. No matter what happens, just bring your best to the table and always bet on yourself. Stay in your own lane and work hard every day. Fall in love with the process instead of only focusing on the outcome. Don’t beat yourself up trying to look like someone else because you’re never going to be anyone but you. Comparing yourself to others can take all the joy out of anything. Don’t get me wrong. You can still draw inspiration from other people. I still get inspired watching other people train and improve. But I don’t get carried away and move out of my own lane. I do what works best for me. You can’t just assume what works for someone else will work the same for you. You need to try different styles of training and nutrition to learn your own body. I’ve learned a lot of things the hard way. I’ve over-dieted and I’ve been injured. But it’s a beautiful, never-ending journey of self-improvement and self-discovery. Embrace the process and enjoy it.