Skip to content
FitnessRX for Women > Training > Workout Tips & Advice > How to Transform Your Body
Share This!

With the right exercise and nutritional program, you can significantly improve your physique and do so quickly.

Q: What’s the fastest way to get into shape?

A: Your question is perhaps the one I’m most frequently asked to answer. While the specifics of creating a detailed routine to tone up fast is beyond the scope of this column, let me outline the protocol I impart to my clients so hopefully you can get an idea of how to construct a routine on your own.

Without question, people are inherently impatient by nature – we don’t just want something, we want it now! Nowhere is this truer than when it comes to getting into shape. One has to look no further than the endless sea of infomercials for fitness gizmos and “magic pills and potions” claiming to help you get buff fast; or the booming cosmetic surgery field, where tummy tucks, liposuction and a host of other high-tech procedures promise instant gratification. Fortunately, you don’t have to waste your money on bogus gimmicks or go through the pain and expense of surgery to have a great body; with the right exercise and nutritional program, you can significantly improve your physique and do so quickly.

Now quickly doesn’t mean instantaneously. As a general rule, you can’t lose more than about 2 pounds of body fat per week – the emphasis here being on the words body fat. Sure, you can lose more total weight, but it will be in the form of water and, worse, muscle tissue. This causes a metabolic slowdown, which ultimately leads to a rebound effect where you end up gaining back all of the lost weight – and then some. Bottom line: Be realistic in your expectations as to what can be accomplished in a given time frame and stay away from diets or fitness programs promising mega-weight loss in a mere matter of days. Remember, a 2-pound-a-week weight loss might not seem like a lot, but it equates to over 20 pounds in just three months time. Given the space constraints here, I’ll focus on explaining the exercise portion of the program – hopefully I can cover the nutritional aspect in a future post.

It’s important to understand that you don’t need to spend hours in the gym to achieve head-turning results. It’s the quality – not the quantity – of training that’s important. The fact is you need only perform about three hours a week of total exercise to get maximal results in minimal time. When you train properly, less really is more.

One of the most important factors in constructing a shape-over routine is to take advantage of a phenomenon called “excess post-exercise oxygen consumption” (EPOC). In a nutshell, EPOC is a measure of the calories you burn after your workout is finished. Contrary to what you may have been led to believe, your metabolism remains elevated for up to 36 hours following training. Moreover, there’s an increased secretion of both growth hormone and noradrenaline. These hormones help to mobilize adipose stores, resulting in an increased utilization of fat for fuel. All told, there’s both a greater total amount of calories expended as well as a greater amount of fat oxidation following training. Here’s the catch, though: EPOC is intensity-dependent – the harder you train, the more calories you expend after exercise. 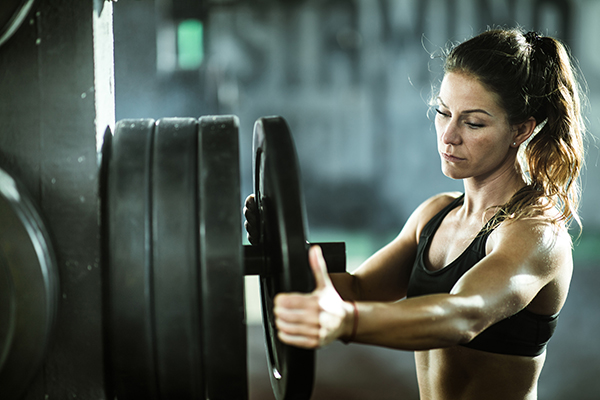 To maximally exploit EPOC, I recommend performing a periodized resistance-training routine where you alternate between strength workouts and endurance workouts from one week to the next. The strength workouts should utilize a moderate rep protocol (approximately eight to 10 reps per set) with rest intervals of about one minute or so between sets. Sets should be performed “straight” (perform a set, rest, perform another set, rest, etc.) and various high-energy techniques such as drop sets should be added to jack up intensity of effort.

The endurance workouts should utilize a higher rep protocol (15 to 20 reps per set) with shorter rest intervals of about 30 seconds between sets. Here, supersets and giant sets should be employed for a high-energy effect. For those not familiar with these terms, a superset is where two exercises are performed in succession without rest; a giant set is where three or more exercises are performed in succession without rest. After performing a superset or giant set, you rest for 30 seconds and then repeat the process.

Regardless of whether you’re performing strength or endurance workouts, you must adhere to the overload principle, stressing your muscles beyond their physical capacity. Simply stated, this means sets need to be challenging, where you struggle to finish the last couple of reps. If you can easily complete the target number of reps, then it’s time to increase the amount of weight used.

It’s also important to interject constant variety into your routine. The human body is the most resourceful of all organisms and intuitively adapts to repetitive stress, including that coming from exercise. Accordingly, it begins to become “immune” to exercises when they are performed over and over again. By changing up your exercises, you keep your body “off-guard,” never giving it the opportunity to get accustomed to a particular muscular stress. Your muscles are thereby forced to adjust to new stresses, ultimately fostering their ongoing development.

What’s more, you should pay heed to how the exercises in your workout interact with one another. In order to enhance muscular symmetry, it’s important to train from multiple angles. For example, there’s little sense in performing an incline bench press and an incline dumbbell press in the same workout; they both work the same area of the chest. Much better would be to combine an incline bench press with a flat dumbbell flye, which hits the muscle group from different angles, thereby recruiting a greater number of muscle fibers and hence fostering better development.

For cardio, I recommend performing interval training. Not only is interval training extremely time efficient, but it’s also proven to be more effective at burning fat than comparable steady-state exercise. In large part, this is due to an increased effect on EPOC, whereby fat burning is prolonged far after you finish the activity. 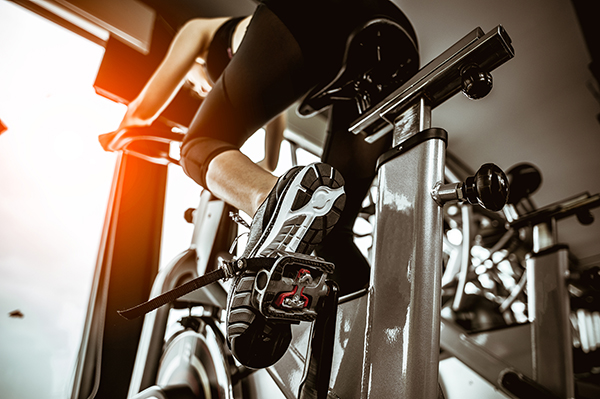 Interval training is where you alternate between bouts of high-intensity exercise and bouts of low-intensity exercise. During the high-intensity intervals, I recommend training for one minute at a level that exceeds your lactate threshold. This will be followed by a lower-intensity interval of between one to four minutes (depending on your fitness level), whereby your body has a chance to clear lactic acid from the blood and replenish oxygen stores. The cycle will be repeated multiple times over the course of the cardio workout, which should last for about 30 minutes.

The intensity of intervals should be monitored using a concept called a rating of perceived exertion (RPE). Simply stated, RPE is a measure of how hard you feel you’re exercising. It takes into account the physical sensations you experience during exercise, including increases in heart rate, breathing rate, sweating and muscle fatigue. The RPE scale will range from one to 10, with one being the lowest and 10 the highest. High-intensity intervals should be maintained at an RPE of around nine and low intensity intervals around a five. Try to cross-train amongst several different modalities (i.e. treadmill, elliptical, jumping rope, stationary bike, etc.), choosing the ones you most enjoy.

So there you have it, a template for transforming your body in just one month’s time. Over the four-week period you can expect to lose approximately 6 to 8 pounds of body fat while simultaneously adding several pounds of lean muscle – enough to drop a dress size and be significantly firmer and more toned – provided you incorporate healthy nutrition into your program. The key is consistency. Just stay dedicated and results are all but assured.

Brad Schoenfeld, Ph.D., CSCS, CSPS, FNSCA is an internationally renowned fitness expert and widely regarded as one of the leading authorities on training for muscle development and fat loss. He is a lifetime drug-free bodybuilder, and has won numerous natural bodybuilding titles. He has published over 60 peer-reviewed studies on various exercise- and nutrition-related topics. Brad is a best-selling author of multiple fitness books including The M.A.X. Muscle Plan (Human Kinetics, 2012), which has been widely referred to as the “muscle-building bible” and Strong and Sculpted (Human Kinetics, 2016), which details a cutting-edge, body-sculpting program targeted to women. Brad also has authored the seminal textbook Science and Development of Muscle Hypertrophy (Human Kinetics, 2016), the first text devoted to an evidence-based elucidation of the mechanisms and strategies for optimizing muscle growth. In total, Brad’s books have sold over a half-million copies. For more information, visit lookgreatnaked.com