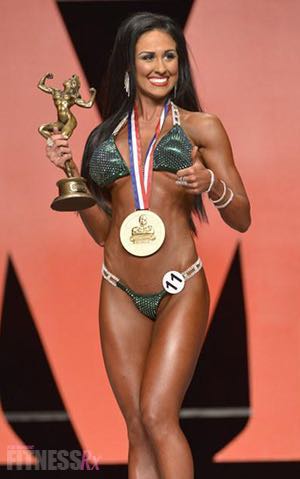 Hi guys! I hope everyone’s been sticking to their New Year’s resolutions and killing it in the gym! I am about one month out from the 2014 IFBB Bikini International at the Arnold Sports Festival. My prep, thus far, has been going pretty smoothly, and I am right on track.

Although, I will admit that I recently had a rough day. I missed out on a workout, because I was so jetlagged that I slept the day away! Traveling threw my sleep and meals off, and because of this, I ended up overeating a bit yesterday. But, it happens. I am human! It is better just to move on and not dwell on the past. I slipped up, but I used those extra calories to fuel my awesome leg workout the following day! 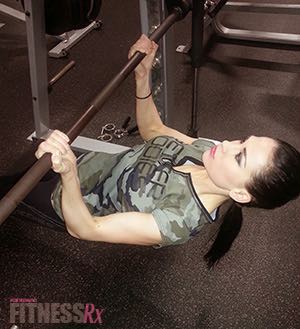 I have been doing five days of heavy lifting and have been increasing my cardio by the week. I am talkin’ HIIT cardio! hile the longer distance cardio works for some, I have found more success with HIIT. My muscles tend to flatten out and not look as “full” when I am doing too much of the moderate intensity long cardio.

It seems like the term “HIIT” is popping up everywhere. If you didn’t already know, HIIT stands for High Intensity Interval Training. Many swear by this type of training, because of its ability to burn fat while keeping the body anabolic. For example, take a look at a marathoner’s build compared to that of a sprinter. While the marathoner trains mainly longer distance at a steady speed, sprinters tend to train with short, fast explosive power. The marathoners tend to be skinnier with less muscle mass, and the sprinters tend to have rounder, fuller muscles. 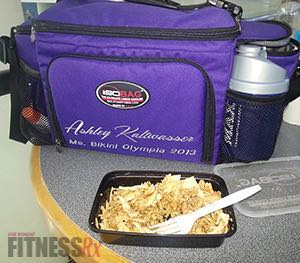 My diet is slowly becoming stricter, and I am decreasing the amount of carbohydrates in my diet to tighten up a little bit more. I think my worst dieting habit is that I’m a sneaky snacker. If I walk by a box of cheerios, I will grab a handful to eat without even thinking about it. This wouldn’t be a big deal in the off-season, but when I am trying to lean out, I have to be extra conscious of this little habit of mine.

MEAL 7: Quest Bar -or- 1 cup MuscleEgg (This is an optional meal if it’s been a long day, or if I’m still really hungry)

A Diet DOESN’T Have To Be Miserable

If you noticed that there is no seafood in my diet, it is because I cannot stand seafood. I gag at the smell of fish or anything from the sea. I believe in eating tasty foods during prep. You don’t have to be miserable! If you don’t like a certain food in your diet, I encourage you to make a substitution.

At this point, I am taking out little additives such as almond milk, coffee creamer, sugar-free pudding mix, condiments, toppings and little nibbles of food. It is crunch time! I am trying to drink at least 1.5 gallons of water per day.

I have been having cravings lately (like most competitors or individual on a diet will). I have been fighting off these pesky cravings with things like: 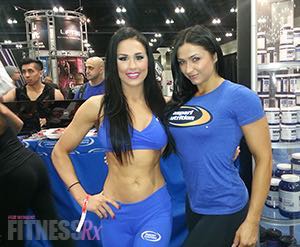 In other news, my 2014 season is already off to a great start! I just signed my supplement contract with Gaspari Nutrition. I have been using Gaspari products for years now. It is such an honor to now represent them and become part of the company! If you are headed to the Arnold, be sure to visit me at the Gaspari booth when I am not on stage!

Thanks for reading! See you at the Arnold!