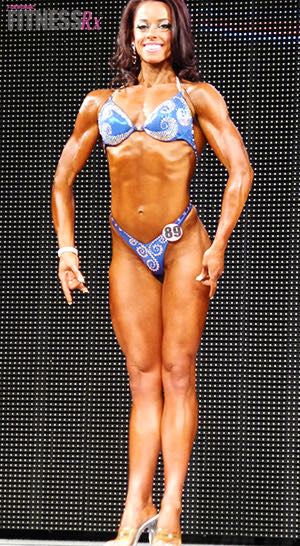 It has been quite a weekend. On Friday May 3, 2013, I walked across the stage at the Emerald Cup in Bellevue, WA and completed my Journey to the Stage. The past twelve weeks that I have experienced preparing for this show were all put to the test on that fateful Friday. 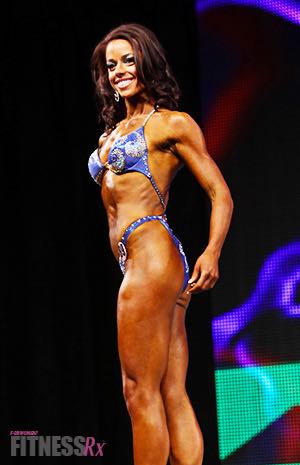 I arrived in Bellevue, WA at my hotel in the early afternoon on Thursday. Before I could actually walk across the stage, I had a lot of prep work to do. First, get super tan. Let me tell you…the spray tan is cold! It is quite an experience having someone with an extermination-like gun spraying your butt naked body with a dark brown, freezing cold solution. While it was weird, I knew that this tan was going to help me to present the best physique upon on the stage. After the tan, it was off to a check-in with my coach, followed by registration and a walkthrough on the stage. 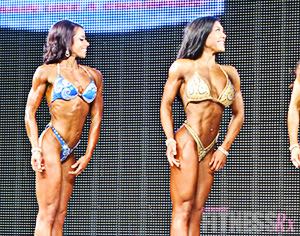 After all of my appointments for the day were done, it was rest time. The night before the show sleep didn’t come easy, which was expected. It’s hard to sleep when you’re trying to not move too much to preserve the tan and when the butterflies for the show kept growing and growing in my belly. 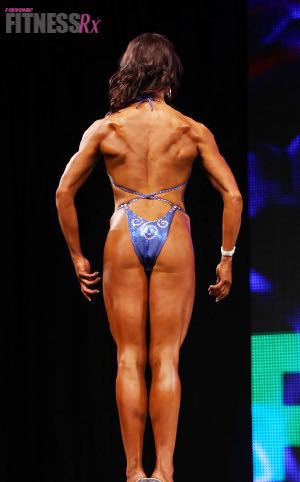 Friday morning, I was up at 5:30AM for my second coat of spray tan. Then, it was off to makeup and hair. By 8:30AM, I was tanned, beautified and ready to go. The pre-judging show began at noon, so by 11AM I was in the “pump-up” room eating my backstage meal and waiting. According to my meal plan, I was to eat a lean meat backstage. Then, about 30 minutes before I go on stage, I was to eat my dried fruit and have my EVP supplement powder. My queue to have the fruit and EVP was when the Figure Masters division went onstage. However, by the time my tan was touched up, the Masters Division was called up, so I skipped my lean meat and just had the fruit and EVP. However, once the Masters were called up, it took a really long time until my class, Figure B (5’2”-5’3”), was called up. 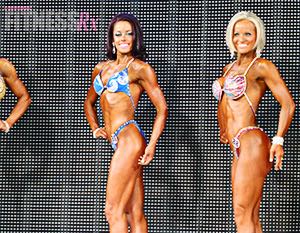 I made the mistake of not eating anything else besides my fruit and EVP, because I was afraid if I had a rice cake or some mixed nuts I may bloat a bit before stage. By the time my class was called up, my energy was down. However, once I was backstage waiting at the steps, I was ready and so excited to get out there. I had been waiting for this moment for 12 weeks, and I just wanted to strut my stuff.

The moment I walked upon that stage, I felt amazing. I wasn’t nervous. I felt prepared, and every minute on that stage was magnificent. What made the moment even greater was that I was in the first callout, which usually is the top five. However, there were six girls in my group. So, there was a chance that I could be the one girl that wouldn’t place in the top five.

I had about three hours between the day show and when I had to be back in the “pump-up” room for the night show. I was so glad to have those three hours, as I needed refueling and rest. It is amazing how much the combination of depletion and a high excitement atmosphere can exhaust someone. Luckily, with the extra food I ate and a short nap, I was more than ready for the night show and to parade through the crowd.

The night show was a combination of a walk through the crowd, individual poses of choice across the stage and group quarter turns. At this point, the judging was done, and it was all about just showing off everything we, as competitors, had worked so hard for. The most nerve-raking part, however, was walking off the stage. Once we were backstage, they announced the top five—the five girls who would get a trophy and tiara and a chance to make it to either Junior Nationals or Nationals.

Unfortunately, my number, 89, was not called, and my biggest fear had come to fruition. To say that I was upset is an understatement. I was devastated. As I have said before, I am very competitive. I wanted to place in the top five so bad. Being in the first callout, but not placing in the top five, crushed me. Friday night, after the show, while I tried as best as I could to enjoy a light meal after the show with my family, I wasn’t in the mood to eat, indulge or socialize.

Waking up on Saturday morning, I was filled with many different emotions and I didn’t know how to handle them. So, when all else fails, I workout to clear my head. Unfortunately, even with an hour of cardio, I was still all over the place. I had an amazing time at the show—there was a moment sitting in the “pump-up” room when I looked around and felt so honored to be surrounded by such strong and beautiful women and I actually felt as if I belonged among them.

However, at the same time, I was overcome by a fear of what was to come for the remainder of the weekend—eating anything that has not been on my meal plan for the last twelve weeks. So scared of gaining weight and throwing away all the hard work of the last 12 weeks, I had an emotional breakdown in the shower. I was overcome by the fear of allowing myself to indulge after having been so restricted for so long. Even going to Starbucks, I was scared to even get a latte, because of all the “extra” calories. Ridiculous right?

Thank goodness, I have an incredible boyfriend with a lot of patience, because after some helpful advice and consoling, I ate a mini Reese’s peanut butter cup and decided I was going to enjoy the rest of the weekend. While there were still moments during the weekend when guilt washed over me and I felt as if I was throwing all the hard work away, I pushed on and enjoyed some of the foods I had missed for so long. I had a few cocktails, oysters, piroshky, a couple of pints, sushi, ice cream and a trip to the Whole Foods Salad/Hot bar. That said, when Monday arrived, I packed my Tupperware and was ready for the day to begin.

TRANSITIONING TO THE OFF-SEASON

Unfortunately, the weekend also included a family emergency, and it wasn’t until today, Wednesday, that I have truly been able to sit and reflect on the weekend. The water retention bloating from the weekend of indulgence has gone down, I’ve gotten back into my cardio and lifting routine and I just had my follow-up phone call with my coach. I am starting to figure this whole off-season thing out. Starting back at 1600 calories, I will slowly be adding more calories in (200 calorie increments every 2-3 weeks), while I also start to lift super heavy to build more muscle before the next show. I will keep this up until I actually gain weight, and then we’ll know where my calorie limit should be.

My goal is to build up my glutes and legs and add more definition to my upper body. I also will begin to allow myself cheat meals once or twice a week. My cheat meals will mostly be protein-oriented and range from 500-750 calories. Yet, if there are days when I really want ice cream, then by all means, a scoop will suffice for a cheat meal.

I am expecting this off-season to be productive, but also very tough. Learning how to allow myself cheat meals and add more calories to my meal plan is going to be hard. But, I know it is vital to gaining muscle and getting back to a healthy, stable weight and body fat percentage. I am still so far from knowing everything I need to know about how to perfect my physique, how to live clean, but also enjoy the indulgences of life. That said, I am hungry, for both nutrients and knowledge, and I am ready to keep pushing.

Thank you to everyone who has followed me on this Journey. This experience has shown me how much I enjoy this lifestyle and how much I want to continue competing. Without the support of everyone who has been reading, I would not have been able to do this. I hope that this blog has helped all of you as much as you have helped me. And as always, #trainhard.

Rachael is also preparing for her first Figure competition and will share her journey along the way, including her goals, aspirations and struggles.

Find more of Rachael on: