Is it OK to perform deep squats? I’ve heard that it can be bad for the knees, but I’ve also heard it’s important for developing the quads and glutes.

If it’s any consolation, you’re not alone in your confusion. There’s actually a lot of debate among those in the fitness field over just how far down you should descend in a squat. Some practitioners caution against squatting past parallel, citing an increased potential for injury to muscles and connective tissue. Based on research, however, these concerns are largely unwarranted for a majority of the population.

While it is true that sheer and compressive forces tend to increase with increasing knee angles, the actual forces absorbed by the anterior and posterior cruciate ligaments are quite low in the full squat. This is due to the fact that the knee is highly constrained at angles greater than 120 degrees, resulting in much less displacement and rotation of the tibia (i.e., shin bone) in comparison to lesser flexion angles. The constraint is attributed to impingement between upper tibia with the femur (thigh bone) and the compression of various soft tissue structures such as menisci, posterior hamstrings, fat and skin. The upshot is better knee stability and greater tolerance to load. 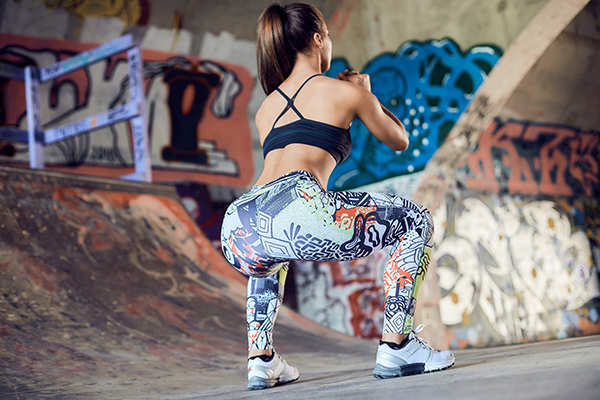 A case can be made that the riskiest portion of the squat is actually in the earlier phases of movement. Stress on the anterior cruciate ligament (ACL) is highest at about 30 degrees of knee flexion, while peak forces on the posterior cruciate ligament (PCL) occur at approximately 90 degrees of flexion – the point at which you reach parallel. But this isn’t as ominous as it may sound.

The highest forces recorded in any research study were obtained on powerlifters while squatting two and a half times times their bodyweight (over 500 pounds!), and these forces were still well below the strength capacity of the cruciate ligaments and patellar tendon. It is also important to remember that connective tissue becomes stronger when you lift weights on a regular basis. This means your ligaments and tendons will adapt to regimented squatting by increasing their tolerance level, further reducing the prospect of injury.

Now this isn’t to say that deep squatting is safe for everyone. Those with existing knee problems or who’ve undergone knee surgery would generally be best served by restricting squatting depth to about 50 degrees of flexion (a partial squat). The menisci are particularly sensitive to compression and assume the greatest burden of load at high flexion angles, so be especially cautious if you’ve suffered an injury to this structure. But as long as you have healthy knees, you should have no problems squatting below parallel.

Given these revelations, the question then becomes: is it beneficial to perform a deep squat? The answer to this really depends on your goals. The quadriceps are maximally active at approximately 80 to 90 degrees of knee flexion. So if your goal is to optimize development of your thighs, then squatting to parallel is probably your best bet. On the other hand, the glutes become increasingly active in the squat as you descend past 90 degrees, reaching a peak near the bottom portion of the move. Thus, if your goal is a better butt, a deeper squat is generally preferable. 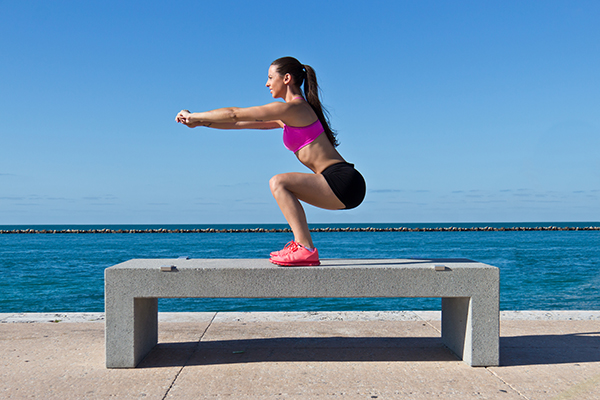