In Middlesex, New Jersey, there is a company that celebrated its 20th anniversary in business last year. That’s quite an achievement for any company, but this company is a little extra special. NutraBio is a company taking the supplement industry by storm!

With its recent distributorships that include the Vitamin Shoppe, Amazon and Bodybuilding.com, NutraBio has become a well-known name in the supplement industry. How? It’s an interesting tale that starts with an idea, passion, knowledge, diligence and perseverance. And it begins with the company’s CEO, Mark Glazier. 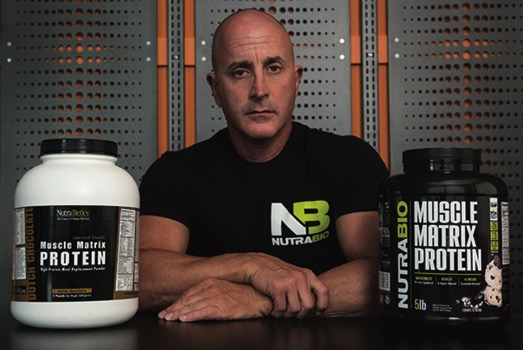 I had the opportunity to speak with Mark Glazier via telephone. What I learned in the nearly one hour and a half listening to Mark was invaluable information about an entrepreneur, who as it states on his company’s logo, stuck to his guns “without compromise since 1996.” Glazier’s privately held company, NutraBio, is producing a brand of products that ensures quality, integrity and honesty over everything else.

Mark Glazier is an entrepreneur who embodies these attributes, and as we spoke I could hear his rigid discipline from having been an eighth-degree black belt. Mark received his eighth-degree black belt from 10th degree Grandmaster Jeff Smith. Mark has been featured several times on the covers of Inside Karate and Inside TaeKwonDo, and has spoken throughout the country about being a martial artist. Having attended jujitsu instruction in my early 20s, I have learned that it can greatly center your body and your mind— and it is clear when speaking and looking at Mark Glazier that health, mind and body are infused in one.

Mark Glazier started out with the clear intention of being involved in the martial arts specifically. Having been involved since the age of 6, and later incorporating lifting into his martial arts routine, Mark was sure this was the career path he belonged to. Although Mark went to a university, it was while he was at college studying business that he wanted to open his first karate school. Throughout his 20s and 30s, he opened several karate schools throughout the tri-state area from Long Island to New Jersey. It was during this time that Mark also began to make his own blend of supplements, and then began the possibility of investing into the sports supplements industry.

By inventing his own supplements, Mark decided to start his own sports supplements company, and that meant doing loads of research. “Before the Internet, all you had was libraries,” he told me. “If there was an article I needed for research and it was in the Library of Congress, I would travel to Washington, D.C. to do research at the Library of Congress to find information that I needed!”

In some of today’s most successful people, you see these many of these attributes such as in the case of Tim Ferriss’ fame and popularity as an author and host of “The Tim Ferriss Show.” Glazier trains five days a week and in 1997, was inducted into the Martial Arts Hall of Fame for his accomplishments in martial arts. Health is not just an athletic hallmark, but also a staple for the business world. It is this firm discipline rooted from the martial arts that he applied to the business world.

NutraBio started in 1996 as a direct-to-consumer business originally called Nutrabiotics. “We didn’t have a website when we first started. We knocked on doors, did phone sales and even published our own catalog!”

With no major distributorships, the company utilized word of mouth and began to grow. Glazier confessed that in the beginning of starting his business, he made mistakes, as so many entrepreneurs have done. “Originally we used contract manufacturers, and half the time I had no idea what was in my products!!” Mark went on trust alone, even though some were made with “proprietary blends.” It was this fact that bothered Mark greatly. “I felt like a snake oil salesman,” he told me. “So, in 2001 we lined up about 20-30 dumpsters, opened up the bay doors and got rid of $250K to $300K worth of product!”

And change he did. In 2001, Glazier decided to reinvent his entire manufacturing process. He also changed the company’s logo to say, without compromise. When I asked him to elaborate on it, Glazier said, “We use no fillers, every ingredient is listed and has full dosages, and we manufacture in-house to control quality. We coined the phrase no proprietary blends.” The company name was changed from Nutrabiotics to NutraBio, and with it a change in philosophy.

Furthermore, in 2002 Mark traveled and started a grass-roots campaign giving seminars on how to properly read ingredient labels and how to spot “supplement scams.” To date, Mark has given 2,000 seminars on the subject, educating manufacturers and consumers alike. 2002 also had NutraBio producing the supplements at their own factory in Middlesex, New Jersey. 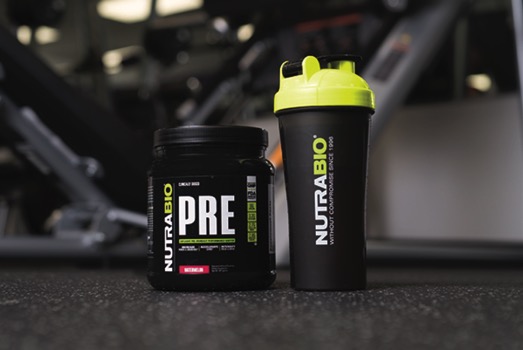 On every dose of his product, as it states on the company website, NutraBio guarantees full therapeutic dosages of every active and inactive ingredient listed on the label. NutraBio was the first supplement company to do so, and not list any “proprietary blends.” Their first product supplement reinvention was a full-dose PREWORKOUT launched with full-label disclosure. NutraBio discloses the exact quantity of each protein source in addition to the “complete protein” yield from each source. For example: whey protein isolate, 25 grams, yielding 22 grams of complete protein.

This year, NutraBio was a vendor featured at the 2017 Olympia Weekend. They were giving away samples of their newly relaunched PreWorkout. Surprisingly, 2017 was Mark Glazier and NutraBio’s first visit to the Olympia.

Today, NutraBio is a 60,000-square foot factory in Middlesex, New Jersey and a key employer for the region. It has several certifications, and some of them include GMP (Good Manufacturing Process) Certification, Orthodox Union Certification, New Jersey Department of Health License to Operate Food Establishment, and its own Quality Policy Statement. NutraBio has over 360 products in its line of supplements.

NutraBio was one of the first companies to build one of the industry’s first truly cGMP manufacturing facilities to adhere to the FDA’s GMP manufacturing regulation passed by Congress in 2008 as part of the FDA’s 21 CFR Part 111. CFR Part 111 is the standard that the FDA puts forth for a supplement to be certified by the FDA. NutraBio goes one step above that by ensuring that their quality control process is in two parts. “We test every single ingredient that comes in from the outside to ensure it meets our standards. Then, we send the ingredient to a third-party testing facility to make sure that it meets our requirements.”

Even when other supplement companies challenged NutraBio’s ingredients, such as what happened when Jim Stoppani of JYM Sports Supplements called out NutraBio for their “no proprietary blends,” Mark explained on YouTube calmly, through science and knowledge, what exactly was in his protein— shutting down the unfounded rants of Stoppani.

This year, Mark launched checkmysupps.com, where consumers can view third-party lab results of all NutraBio supplements to prove it meets label claim.

Mark continues his quest to evolve the company, by recently setting up distributorships with The Vitamin Shoppe, Amazon and Bodybuilding.com. Through their own YouTube channel, Mark talks about supplement awareness as well as talking about his company and products. With a firm reach in the social media world and an already established great customer base, NutraBio has continued to grow. Mark Glazier has proven that good growth takes time, energy and patience. With his drive for success and his great formula for reinvention, Mark continues to make his products the best it can be for his customers. Respected by his peers in the supplement industry and his customers, Mark shows that NutraBio will continue its proven track record of success, lead by Mark’s firmly rooted philosophy of “without compromise.”