A few months ago, we reported about poop doping and its effects on the future of curing diseases. We mentioned that it could be a cure for weight loss in obese people. Now we’ve found that it is being studied as a possible way to promote weight loss in that population.

A new study in Obesity Reviews shows that improved gut health, either by ingesting probiotics (or yogurt cultures) or even by using a controlled fecal transplant, can help to encourage weight loss— instead of undergoing invasive procedures like bariatric surgery. 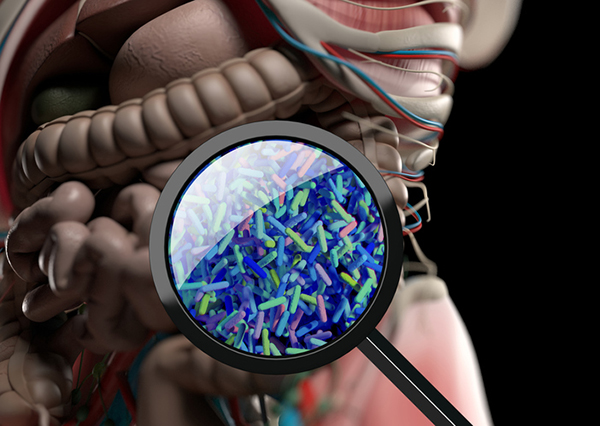 Gut microbiome is the hottest new health topic, and it may soon lead to a commercial product. Specifically, many companies hope to produce a pill in the form of a probiotic that may increase exercise performance. Currently, several researchers are studying the gut microbiome and comparing stool samples from athletes for further research. Scientists have found the healthier a “donor” is, the more that will carry over to the “recipient.” By studying the mitochondria, or “power centers of cells” and the abundance of microbiomes in the human digestive track, researchers are just now beginning to realize the impact that this research has on our health.

Even greater health benefits come from increasing the amount of exercise and eating more vegetables, which in turn helps to increase the mitochondria— which then helps to burn calories. Can it be that the way to successful weight loss and increasing exercise performance would be through promoting a healthy community of bacteria generated by probiotics? The answer is probably— yes.

Scientists recently conducted research and found that a high fat-induced diet, obesity and elevated levels of TMAO (trimethylamine N-oxide) found in the gut microbiota could lead to cardiovascular risk. So, changing the gut microbiome from a negative environment to a positive one could lead to better health. Melatonin has also been found to prevent obesity by altering gut microbes. Recently, Muscular Development reported that supplementing melatonin might promote weight control by altering gut microbes. Chinese researchers who were studying mice gave them a high-fat diet, which altered gut microbes and made them gain weight. After researchers fed the mice melatonin supplements, it altered microbe colonies in the gut and caused them to lose weight.

Most of the time when we gain weight, it is usually due to something negative impacting our lives— perhaps someone has lost their job, their significant other or a family member. How we live determines how healthy we are. Studies have shown that the happier we are, the healthier we are. So, wouldn’t it make sense that with an increase in dopamine, generated from higher mitochondria levels and brown fat, that the individual would be happier? In essence, think of this as a natural high.

Vice versa, there are those people who just seem “naturally” happy, even if their lives aren’t the greatest now. Perhaps the house is falling apart, their significant other hit the road, or a job that they’ve had for years has downsized them— yet you wouldn’t know it because of their general outlook on life— which always remains positive. Could dopamine be the reason why?

According to German researchers, in a study published in the Journal of Molecular Endocrinology, that is exactly what scientists are finding out. Could it be by promoting healthy weight loss, we’re also contributing to good mental health? Researchers seem to think so, where studies such as The American Gut Project are being conducted to look at the connection between the human mind and good digestive health. In a recent study at the National Cancer Institute at the UK’s National Institute of Health, researchers found that intermittent fasting can help to alter the gut microbiome to increase the number of mitochondria in the fatty tissue of mice. Although this study hasn’t involved human trials just yet, this news is promising.

In our bodies, we have thousands of microbiomes swimming around. Are these microbiomes communicating with our brains too? It may just be that aside from outer space, inner space may lead us to boldly go where no one has gone before and the possibilities are endless.