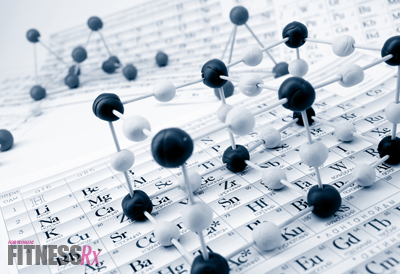 Nothing can be more overwhelming than walking into a nutrition and supplement store in today’s modern world. Each year, new products with fancy, colorful labels are arranged on the shelves, many with exorbitant price tags, waiting for the consumer to purchase them and bring them home. We’ve all heard or read about the benefits of using a branched-chain amino acid (BCAA) supplement to enhance recovery and performance. Are you getting your money’s worth from this supplement? Let’s take a closer look.

A Brief Background on Amino Acids and BCAAs

Amino acids are the building blocks of proteins that function as chemical messengers and as intermediates inmetabolism. There are 20 naturally occurring amino acids. Eight of those 20, called essential amino acids, cannot be synthesized in the cells of humans and must be consumed as part of the diet. The remaining 12 are nonessential amino acids.

The BCAAs are isoleucine, leucine and valine. Leucine is used up at double the rate as the other two amino acids, therefore you will see formulas containing double the amount of leucine. BCAA’s essential amino acids make up about 35 percent of the amino acids in muscle tissue. They are needed to maintain nitrogen balance in our bodies during periods of stress, exercise or injury. It is known that amino acids stimulate potent anabolic effects, can positively effect performance, increase nitrogen balance and enhance lean body mass.4

The Truth Behind the Studies

Most studies seem quite favorable in regards to the supplementation with BCAAs. BCAAs have been demonstrated to have an important role in protein synthesis,7 enhancing recovery from high-intensity exercise,3and improving cognition, focus and psychomotor function.11 The idea behind BCAA supplements relates to a phenomenon known as “central fatigue,” which holds that mental fatigue in the brain can adversely affect physical performance in endurance events. The central fatigue hypothesis suggests that low blood levels of BCAA may accelerate the production of serotonin, a key neurotransmitter in the brain, and prematurely lead to fatigue.1Tryptophan, an amino acid that circulates in the blood, is a precursor of serotonin, and can be more easily transported into the brain to increase serotonin levels when BCAA levels in the blood are low (because high blood levels of BCAA can block tryptophan transport into the brain).1

During exercise, as muscle and liver glycogen are depleted for energy, blood levels of BCAA also decrease while fatty acid levels increase to serve as an additional energy source.1 The problem with extra fatty acids in the blood is that they need to attach to albumin as a carrier protein for proper transport. In doing so, the fatty acids displace tryptophan from its place on albumin and facilitate the transport of tryptophan into the brain for conversion into serotonin.1 Therefore, due to the combination of reduced BCAA and elevated fatty acids in the blood, more tryptophan enters the brain and more serotonin is produced, leading to central fatigue.1 Supplementing the diet with additional levels of BCAA is thought to block the tryptophan transport and, therefore, delay fatigue.1 To summarize, they basically trick your brain into blunting fatigue so you can stay stronger for longer. 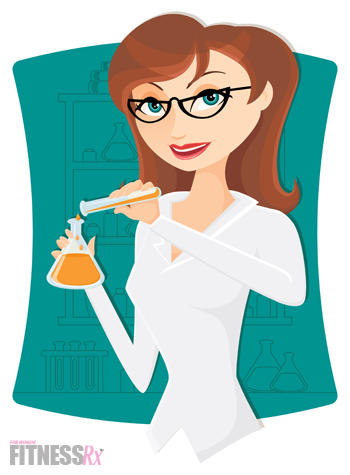 In addition to their effects on prolonging endurance and delaying central fatigue, BCAA supplements have also been associated with a reduced rate of protein and glycogen breakdown during exercise and an inhibition of muscle breakdown following exhaustive exercise. In a recent study published in the Journal of Strength and Conditioning, eight previously resistance-trained males were randomly assigned to either a high branched-chain amino acids or placebo group. Subjects consumed the supplement for three weeks before commencing a fourth week of supplementation with concomitant high-intensity, total-body resistance training (3 × 6-8 repetitions maximum, 8 exercises). Blood was drawn before and after training as well as after two and four days of training. The results demonstrated that serum testosterone levels were significantly higher and cortisol and creatine kinase levels were significantly lower in the BCAA group during and following resistance training. These findings suggest that short-term amino acid supplementation, which is high in BCAA, may produce a net anabolic hormonal profile while attenuating training-induced increases in muscle tissue damage.8 This indicates that using a BCAA supplement with resistance training may cause an increase in performance.

However the results are not as positive for enhancing aerobic performance. In a recent study published in the Journal of Strength and Conditioning, nine untrained males performed three 90-minute cycling bouts at 55 percent Vo2 peak followed by 15-minute time trials.10 Subjects, who were blinded to beverage selection, ingested a total of 200 kcal via the CHO or BCAA beverage before and at 60 minutes of exercise or the non-caloric placebo beverage on the same time course. RPE and metabolic measurements were taken every 15 minutes during steady-state exercise, and each of the trials was separated by eight weeks.10 The study found that there were no significant differences for the trial vs. time interaction in regard to respiratory exchange ratio. Although BCAA supplementation is effective at increasing blood concentrations of BCAA, they do not influence aerobic performance.10 They do, however, attenuate RPE (ratings of perceived exertion) as compared with a non-caloric placebo beverage.10

The same was concluded in a study that examined the popular, commercial energy drink Amino Impact. The results of this study suggest a contributory role of the BCAAs towards delay in fatigue and enhanced focus. In addition, the combination of both arginine and BCAA has recently been shown to reduce muscle proteolysis during endurance exercise.9 There may also be strength and muscle mass increases accompanied by BCAA supplementation. However, further research is needed to determine whether this is a direct or indirect effect of BCAA supplementation.

Isolated Use of BCAAs

Consuming isolated BCAAs does not appear to be as effective as consuming all three of them together. A study in the journal of Journal of Strength & Conditioning studied the effects of adding isolated leucine to pre- and post-exercise carbohydrate beverages.2 It was concluded that adding leucine to carbohydrate beverages did not affect acute muscle recovery and squat performance during both initial testing and during a subsequent exercise about 72 hours later in resistance-trained subjects.2

To ensure you are maximizing the benefits from BCAAs, ensure you take five grams 15-30 minutes before your workout to fuel your muscles during your session.5 Providing an ample supply of essential amino acids to the muscle within 1-3 hours before or following exercise may help to further muscle protein synthesis.6

Although there may be slight contradictions in pre-existing research regarding BCAA supplementation, there is enough positive scientific evidence to warrant its usage in high performance athletes. From numerous studies, it is clear that BCAAs have a significant role in increasing overall conditioning factors such as delaying fatigue, improving focus and physiological markers such as red blood cell count. Other positive attributes associated with BCAAs, as shown by current scientific literature, include increased muscle recovery, reduction of catabolism, promotion of an anabolic environment, alleviation of short-term decrements in performance commonly associated with overtraining, improvements in plasma levels of BCAAs (often linked with fatigue), and they also may aid in the healing of injuries, sickness and trauma.