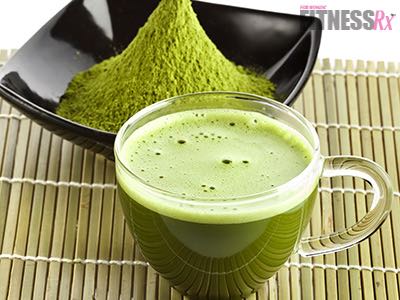 Most people wish there was a magic pill when it comes to burning fat. A magic pill that would somehow miraculously burn off fat without having to do anything! Unfortunately it is just not that simple, if it was, none of us would be fat! To successfully burn fat and lose weight, you have to combine sensible nutrition with a consistent workout plan to really see results. And even though there is no magic pill, there are a few supplements out there that have proven to be effective for weight loss and are a great addition to any diet and exercise program to reach fat loss goals. These supplements can work on various pathways to help trigger fat loss, including support energy levels, increase the body’s ability to burn fat as fuel, increase metabolic rate, reduce appetite and minimize cravings, and can also help to preserve muscle tissue. No matter what fat burning supplement you choose to use, be sure to follow the dosing recommendations, and never exceed the maximum recommended dose!

Carnitine is a unique ingredient that can help release stored body fat, thus increasing the availability of fat as fuel. Increasing the availability of fat, means there is more to burn off. It can also help switch the body from using other fuel sources, such as carbohydrates or hard earned muscle. This non-stimulating supplement can also result in greater amounts of fat being used as fuel during workouts.

Dosage: 1 to 2 g, taken with breakfast, before and after workouts

Green tea is perhaps best known for its antioxidant and weight loss ability, but it is also an energy boosters. Green tea contains caffeine, so it can be used to help promote energy levels just like any other caffeine source. Green Tea can help increase energy levels, enhance focus, concentration and increase metabolic rate, even while at rest!

Caffeine is one supplement that can be found in almost all Weight Loss and Fat Burning Supplements that are stimulant based. Caffeine increases the mobilization of fat for use as fuel, and can also increase the effectiveness of other stimulant based supplements by blocking a key enzyme involved in degradation, allowing them to stay active for longer periods of time. This can result in prolonged energy and increased fat burning.

Yohimbine which is extracted from bark, has potent fat-mobilization potential, it blocks alpha-2 receptors on fat cells that when activated limit the amount of fat that’s allowed to be released from the cells. This blocking effect enables more fat to enter the bloodstream as free fatty acids that can be burned for energy.

Raspberry Ketone is a natural phenolic compound isolated from red raspberries. Raspberry ketone may have an effect on metabolism, increasing norepinephrine – a key fat burning hormone and increasing the stimulation of lipolysis, which is the process by which the body breaks down fat. It also can suppress lipase an enzyme needed to break down dietary fat.

Capsaicin from hot chilli peppers, can increase the release of norepinephrine, which increases fat mobilization and fat burning. It can also have an appetite reducing effect.

Studies have shown that ensuring the body has adequate vitamin D can help ensure insulin is functioning properly. By ensuring insulin sensitivity is maintained, vitamin D can help drive blood glucose into cells where it can be used for fuel instead of stored as fat. Low levels of vitamin D trigger levels of parathyroid hormone to rise, which can result in a series of reactions that eventually lead to fat cells converting sugar into stored fat rather than being burned!

Although technically not a supplement, but rather a food, supplementing with a whey protein powder between meals can have many beneficial effects on weight loss and burning fat. First off, it has an appetite suppressing effect. Secondly, consuming protein has a thermic effect in the body, that’s because it takes more energy to be burned off than other foods. It also preserves and helps build muscle, and the more lean mass you have on your body, the faster your metabolic rate! A recent study showed that women who consumed a high protein diet lost more weight than women who consumed a high carb diet.

Carnitine: The Science Behind a Conditionally Essential Nutrient http://ods.od.nih.gov/News/Carnitine_Conference_Summary.aspx

McCarty M. Pre-exercise administration of Yohimbine may enhance the efficacy of exercise training as a fat loss strategy by boosting lipolysis. Med Hypoth. 2002. 58(6): 491-5.