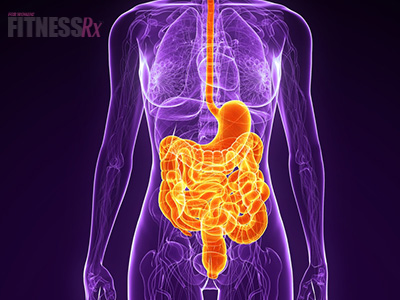 There are many myths that people cling to so strongly that they are accepted as fact— even though there may be little or no scientific evidence supporting these myths. Protein might possibly have more ill-founded myths surrounding it than any other subject, probably because it plays such a large role in any nutrition program focused on building muscle. These myths tend to bug me probably more so than most people, because my area of research was specifically in protein metabolism. There are so many myths out there it was hard to pick out just a few, but here are my Top 3!

Myth: “You can only absorb ‘X’ grams of protein in one meal.”

The real deal: Not only is this myth not rooted in any kind of fact, it is actually a misnomer in and of itself. Absorption refers to the amount of a certain substance that makes it into circulation (plasma) from the digestive tract. The body will absorb a good portion of the protein you eat, regardless of the amount of protein in the meal. In fact, if you didn’t “absorb” over a certain amount of protein, whenever you surpassed this amount, you would have massive diarrhea! The human body is extremely effective at absorbing nutrients, and protein is no exception. In most cases, you will absorb darn near all the protein you consume. What people actually really want to ask in most cases is, “What is the dose of protein that maximizes the anabolic response?” That is a good question!

For a high-leucine protein source like whey (about 12 percent leucine), that would require about 30-35 grams of protein from whey to max-out anabolism. For a source of protein like casein, which has a lower concentration of leucine (8 percent), you’d be looking at closer to 50 grams of protein. The threshold may actually be lower than this, but we know for sure that this level of intake will definitely max-out the anabolic response to a meal. So make sure you pay attention to the leucine content of your protein sources.

The real deal: An incomplete protein source is defined as a food that is lacking one or more amino acid. I believe this myth came about in response to research that concluded that when certain amino acids are deficient in the diet, skeletal muscle protein synthesis can be inhibited.3,4 This is very unlikely to be a problem for the typical athlete, as the condition would only manifest itself if she ate a diet that was predominantly based upon a certain food that was deficient in an amino acid over a few days, not meal to meal. Additionally, most athletes consume a complete source of protein at almost every meal because any animal product will contain the complete spectrum of amino acids.

Myth: “High-protein diets are hard on the kidneys.”

Researchers who recently conducted a review of the available scientific literature on the subject concluded that, “No significant evidence exists for a detrimental effect of high-protein intakes on kidney function in healthy persons.”5 Additionally, a study examining athletes with protein intakes of 2.8 grams per kilogram of bodyweight versus well-trained athletes with moderate protein intakes revealed no significant differences in kidney function between the groups.6 It is therefore reasonable to conclude that a high-protein diet is NOT hard on the kidneys.

Hopefully, this article has helped clear up some confusion surrounding high-protein diets. I fear the spread of misinformation will not end, however— so it is everyone’s responsibility not to be so quick to believe everything they hear or read. Keep in mind, if someone makes a claim they cannot support with established scientific evidence, there is a good reason… they likely have none.

Dr. Layne Norton is a natural pro bodybuilder with a Ph.D. in Nutritional Sciences. He offers contest-prep, nutritional, and training consultations through his company, BioLayne LLC. He also recently re-released his acclaimed DVD, Layne Norton Unleashed.” To learn more about Layne the services he offers, visithttp://www.biolayne.com