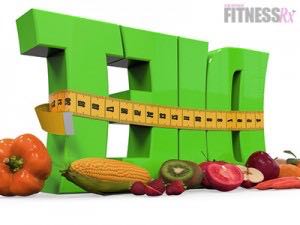 Reverse Dieting is a relatively new concept that was made popular by the If It Fits Your Macros nutritional approach. Reverse Dieting was proposed to help individuals avoid substantial weight re-gain once they have reached their desired goal weight by slowing reintroducing calories. Wondering if Reverse Dieting is something you should give a try? Read below to find out the low down…

What is Reverse Dieting?

The concept of Reverse Dieting is based on research that suggests metabolic damage or a slow down in metabolism can result after a prolonged calorie restrictive diet and that re-introducing a greater amount of calories back into the diet can lead to substantial fat re-gain. This fat re-gain is thought to occur because the body is in ‘starvation’ mode, and instead of burning off those extra calories, it stores them in anticipation of not getting food again.

What Does Science Say About Dieting & Metabolic Rate?

Currently, there seems to be a bit of mixed research on the need for Reverse Dieting to accommodate a slowed metabolism. There is research to both support the concept and research to support the opposite. A recent study examined the effects of losing 25 pounds on 94 women who followed a resistance training workout program, followed an aerobic training program or did not workout while on an 800 calorie diet. The women followed the protocol until they reduced their BMI down to less than 25, which equated to about 5 months.

However, there are also research studies that point to a reduction in short-term resting metabolic rates post calorie restricted diets between 800 to 1200 calories. One study found that the significant decrease in metabolic rate was greater in those that did not exercise. The decrease in dieters only was moderate; versus the decrease with those that both exercised and dieted was considered small.

Other things that should be considered when looking at the research is the type of diet that was being used in the studies. The diets were higher in carbohydrates and unlike the type of diets that are followed by most active fitness dieters. Further work is necessary to determine whether milder calorie deficits with higher protein intakes in combination with strength training can actually have a positive effect on resting metabolic rate. It’s also uncertain if when calorie balance is resumed, the resting metabolic rate is dependent on the new body mass, especially fat-free mass.

How Do You Use Reverse Dieting?

The concept of Reverse Dieting is fairly simple; basically you reverse out of your diet. Instead of adding a large amount of calories quickly when coming off a diet, you slowly add calories back. This is a good way to control what you eat and how much of it.

Coming off restrictive diets can result in binge eating due to changes in biochemical responses to the food you are eating. For example, if you have been following a low carb diet for an extended period of time, your blood glucose levels and insulin levels will be balanced. If you decide to add a lot of carbs back into the diet, this can result in large increases in blood glucose. Once insulin has cleared the sugar from the blood, it can result in an energy crash and subsequent on-set of hunger and cravings for sugary food. The Reverse Diet recommends adding only 50 to 100 calories per day to your current diet each subsequent week with a goal of not gaining any weight on the scale. Sound impossible? Well, it is probably more realistic to expect some weight gain, due to changes in your macronutrient profile and the fact that ultra restrictive diets can not only cause fat loss but water loss too. When you add back in some carbohydrates, your muscles will store a bit more water.

What Should Your Macronutrients Be?

Ideally, your protein intake will remain the same. This is pretty standard for any diet. Maintaining high protein will ensure you keep your hard-earned muscle and improve body composition. The additional calories will come from either carbs or fat. A good rule of thumb for pretty much any maintenance diet is to follow a diet that contains 40% protein, 30% to 40% carbs and 30% to 20% fat. This is nothing revolutionary. The amount of carbohydrates and fats should be determined by how much activity you will be performing in your maintenance phase and how efficiently your body utilizes each macronutrient.

Although evidence is mixed on Reverse Dieting, the concept of following a slow and steady increase of adding calories back into the diet is a good one. For one, it can reduce subsequent weight gain caused when coming off a restrictive diet and help maintain your best condition for longer. It can also help give structure to those who have been following a diet plan for an extended period of time and are unsure how to go about maintaining weight loss without a plan.