It’s commonly believed that consuming small, frequent meals optimizes fat loss. According to theory, go without eating for more than a few hours and your body shifts into “starvation mode.” Part of the starvation response is to slow down metabolism in an effort to conserve energy. Pretty hard to get lean when your metabolic rate isn’t cooperating. Conceivably, providing your body with a constant stream of nutrients prevents the starvation response by “stoking the metabolic furnace,” thereby enhancing the ability to burn stubborn body fat.

Or so the theory goes… 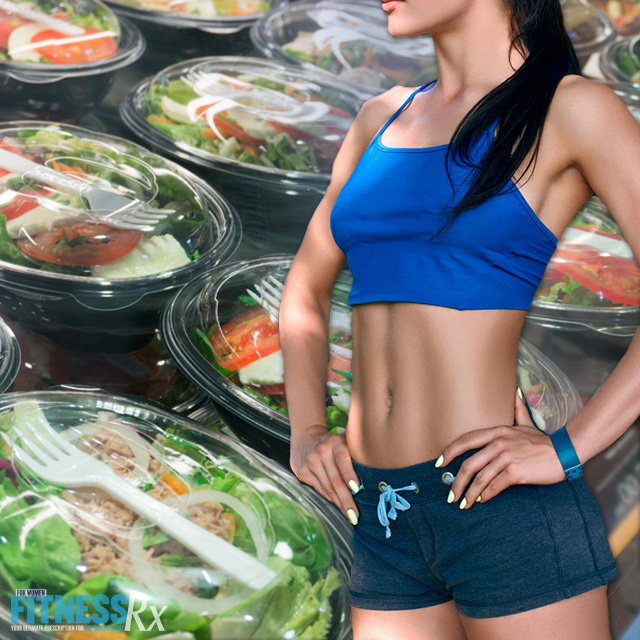 Despite a seemingly logical basis, however, the evidence generally doesn’t support metabolic benefits of increased meal frequency. A study in dogs did show that consuming four small meals doubled the thermogenic response compared to eating an energy-equated amount of food as a large single meal.9 A follow-up study by the same group of researchers found similarly beneficial thermogenic effects in humans from a greater feeding frequency.10 On the other hand, a number of other tightly controlled human and animal trials have failed to show increases in metabolism as a result of spreading nutrient intake over multiple meals.5,7,13,18,19

While acute studies on metabolism provide interesting mechanistic insight into the body’s immediate response to different feeding frequencies, the only thing that really counts is whether a strategy of eating more frequently enhances fat loss. And the only way to determine actual fat loss is through randomized controlled trials (RCTs) that study this outcome directly.

My lab carried out a meta-analysis to gain greater clarity on the topic. We searched back to the early 1960s to find any and all RCTs that compared feeding frequencies of less than or equal to three meals a day with greater than three meals a day. Studies had to last a minimum of two weeks, involve healthy adult men and/or women, and equate the number of calories consumed between conditions. A total of 15 studies were determined to meet inclusion criteria. The results of these studies were then pooled for analysis to determine what, if any, effects on body composition can be attributed to how often you eat.

Feeding frequency had no effect on overall bodyweight. This seems in line with the findings of the acute studies mentioned earlier. Interestingly, however, our initial analysis did reveal a positive correlation between fat loss and the number of daily meals consumed. Here’s the rub: A sensitivity analysis found that these results were almost exclusively attributed to a single study6— the effects all but disappeared when this study was selectively removed from analysis. A positive association also was initially found between meal frequency and reductions in body fat percentage, but again these results were unduly biased by one study1 whose deletion rendered the results inconsequential.

So what can we glean from our research? Contrary to popular belief, it doesn’t appear that eating small, frequent meals provides any meaningful benefits to fat loss. This was particularly apparent from the metabolic ward trials included in our analysis. As opposed to “free living” studies that allow subjects to self-report dietary habits (and thus have been shown to be quite unreliable), research carried out in a metabolic ward meticulously controls these variables; every morsel of food and every step of activity is carefully monitored by the investigators. Without exception, these studies showed no benefit to fat loss from higher meal frequencies.

Now a caveat to our meta-analysis is that we only included studies that matched caloric intake between feeding frequencies. This was necessary to rule out the potential for confounding from unequal energy consumption. However, some claim that the true benefit of an increased meal frequency is a better control over hunger, conceivably by regulating blood sugar and hormonal levels. If true, this in itself would promote a beneficial effect on fat loss given that weight management is basically a function of energy balance: take in more calories than you expend and you’ll gain weight; create a caloric deficit and you’ll lose weight.4 Thing is, research is conflicting on the topic. Although some studies have found that spacing out meals over the course of a day reduces hunger,14-17 others show no differences in satiety regardless of feeding frequency.3,12 Several studies have even found greater feelings of fullness from consuming three as opposed to six daily meals.11,13 Considering the body of literature as a whole, evidence remains weak that eating frequent meals helps to control hunger; any beneficial effects are likely specific to the individual.

The take-home message here is that eating small, frequent meals appears to have little if any effect on reducing body fat. From this standpoint, meal frequency should therefore come down to personal preference: choose whatever frequency fits your lifestyle. Focus on what’s important to achieving fat loss: creating a negative energy balance and consuming adequate dietary protein.

Aside from fat loss, there is a compelling reason why feeding frequency may have important implications on body composition. Namely, the anabolic effects of a meal have been estimated to last approximately five to six hours based on the rate of postprandial amino acid metabolism.8 Given that you’ll generally spend at least 16 hours of the day awake, you thus need at least three protein feedings to maximize anabolism. Indeed, recent research indicates that spreading protein intake out over four daily servings increases muscle protein synthesis to a greater extent than consuming the same amount of protein in two larger servings.2 So eating a minimum of three daily meals spaced out no more than every five to six hours is a prudent strategy to promote lean muscle.

Brad Schoenfeld, Ph.D., CSCS, CSPS, FNSCA is an internationally renowned fitness expert and widely regarded as one of the leading authorities on training for muscle development and fat loss. He is a lifetime drug-free bodybuilder, and has won numerous natural bodybuilding titles. He has published over 60 peer-reviewed studies on various exercise- and nutrition-related topics. Brad is a best-selling author of multiple fitness books including The M.A.X. Muscle Plan (Human Kinetics, 2012), which has been widely referred to as the “muscle-building bible” and Strong and Sculpted (Human Kinetics, 2016), which details a cutting-edge, body-sculpting program targeted to women. Brad also has authored the seminal textbook Science and Development of Muscle Hypertrophy (Human Kinetics, 2016), the first text devoted to an evidence-based elucidation of the mechanisms and strategies for optimizing muscle growth. In total, Brad’s books have sold over a half-million copies. For more information, visit lookgreatnaked.com