Enter the supplements aisle in any pharmacy or outlet and you will encounter a bewildering selection of weight-loss products. Most are long on promises and short on delivery. And none offer a healthier body. While we would all love a boost to our dieting strategy, we also know that eating whole foods contributes more to our total health and well-being than any pill ever could promise. What if you could combine both into a single diet strategy, and eat whole foods that can trim your waistline and enhance your health? That’s the whole idea behind the best fat-burning foods. 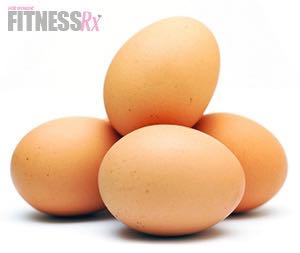 In addition to helping build muscle, your metabolic furnace for burning fats, lean protein helps stoke the fat-burning fires. Its thermogenic effect is 20 to 30 percent compared with an anemic 3 to 12 percent for carbohydrates. This basically means that it takes many more calories to digest, absorb and utilize protein versus carbohydrates. As you include protein in every meal and snack all day long, you raise your fat-burning potential and help to control your appetite as well. You don’t have to worry about losing the power of your workouts. Research has shown that strength-training women following a diet of 30 percent carbohydrate, 40 percent protein and 30 percent fat for one week did not lose any muscular strength or endurance.

Make sure to choose lean protein sources such as eggs, chicken, turkey, fish, lean red meat and vegetable proteins. If you don’t already have a blender and some protein powder, buy them. When you crave a high-fat or high-carb snack, reach for a protein shake instead.

For years, the fat-burning potential of fish was attributed to its lower total calorie level compared to higher fat meat. But calories alone are really not its strong suit. Most important, the type of fat found in fish appears to enhance the efficiency of the hormone leptin. This protein circulates in your bloodstream and, like the hormone insulin, is a key hormone in the weight-management equation. Leptin regulates your food intake as well as your body’s energy expenditure. When cells in your brain sense a rise in leptin, they signal other parts of your nervous system to turn down your appetite and turn up your metabolism. While all fish have more omega-3 fats than a hot dog, the fatty fish like salmon, black cod, herring, sardines, mackerel, halibut, fresh tuna and shellfish are highest in omega-3 fats. 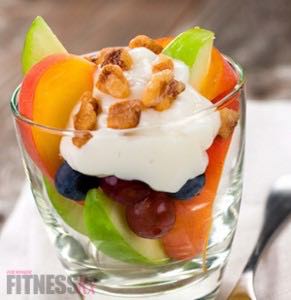 Your digestive system is home to between 10 trillion and 100 trillion bacteria— many of them friendly and healthful. Scientists believe people with certain kinds of unfriendly microbes may get more calories from their food and therefore pack on more fat than people with a different type of microbes. As a result, manipulating these bacteria by diet or supplements may be a way to fight obesity. How could you do this? One way is to take prebiotics— specific types of plant fibers that enhance the growth of certain healthful microbes. Prebiotics are found in foods such as flaxseeds, whole grains, onions, bananas, garlic, honey, leeks and artichokes; probiotics are found in certain yogurts and kefir that contain live bacteria, as well as in supplements. It is believed that these friendly microbes digest excess calories. The net effect is fewer calories are stored as fat. In a Canadian study published in The American Journal of Clinical Nutrition, 48 overweight people took either a placebo or a prebiotic (oligofructose) for 12 weeks. Without consciously making any lifestyle changes, those taking the prebiotic lost an average of 2.27 pounds while those on the placebo gained nearly one pound. Researchers found that the prebiotic also reduced hunger and improved blood sugar and insulin function. 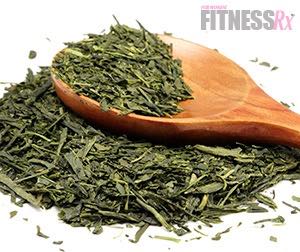 The most common plant associated with weight loss is green tea. Certain natural chemicals called catechins are abundant in green tea; animal and human studies show that these chemicals appear to increase fat burning and stimulate thermogenesis, and the combination with caffeine in tea appears to boost the effect. The amount that you need to consume isn’t absolutely clear. A study in Maryland used six cups of tea per day for four days. A more recent Japanese study found successful results feeding two and a half cups every day for 12 weeks. A study from the UK demonstrated increased fat burning in exercising young men. In this study, researchers used a green tea extract. Since the amount of catechins is difficult to control with brewing, many practitioners recommend using a green tea extract for better dose control. But adding the tea itself throughout your day will hydrate you, add fluid volume to your diet to help with appetite control, and increase catechin levels all day long. 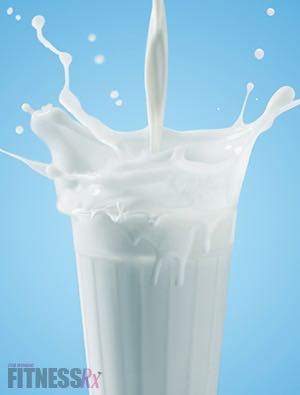 Milk ranks high on the list of fat-burning foods. No doubt you’ve read about or heard the commercials for how milk can help you lose weight. The high calcium content of milk helps it turn off a key obesity gene, keeping your body from turning up the fat-making machinery to high, and helping your fat-burning metabolism run smoothly. At the same time, milk is the primary source of whey protein, shown in studies to enhance fat burning and limit the turnover of calories into fat storage by the liver. Subjects on a calorie-reduced diet given 20 grams of whey protein supplement every day after an exercise bout lost significantly more fat and maintained significantly more muscle mass compared to subjects given a placebo. Milk is a natural source of whey protein, and you will also benefit from adding a whey protein supplement to your diet. 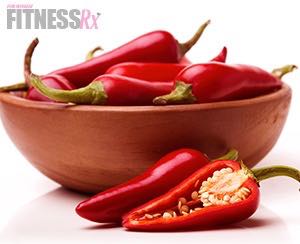 Studies have shown a thermogenic effect of capsaicin, a compound found in chili peppers. Spicy red pepper has been shown to enhance energy metabolism and fat oxidation in Japanese women. When chili-containing meals have been fed to subjects regularly for four weeks, results have shown an attenuation of high blood insulin levels after the meals. The most problematic issue with hot peppers is that the amount required to gain an effective dose is also more pungent than most subjects can tolerate. So the research has turned to supplemental products. Studies using a capsaicin supplement have been shown to be effective, but the dosage must be strictly followed. One Danish study using a supplement combining green tea extract, capsaicin, tyrosine and calcium for seven days showed a 2 percent increase in energy expenditure in overweight and obese men. A new supplement containing a variant of capsaicin, capsinoid, has eliminated the spicy side effect and is better tolerated than capsaicin supplements. In addition, it may be possible that as in the Danish study, a combination of foods may allow for a thermogenic benefit and ease the discomfort of too much capsaicin.

As antioxidants and anti-inflammatory agents, plant polyphenols have been studied for their disease prevention and health promotion activity for many decades. Only in the last decade have scientists begun to look at some of these same compounds for their potential role in energy metabolism and obesity prevention. While this research is still very young and many studies have only been conducted on animals, it is intriguing. Because most of the foods are also good sources of fiber, they help to fill you up and control appetite— a big plus when you are trying to lose fat. 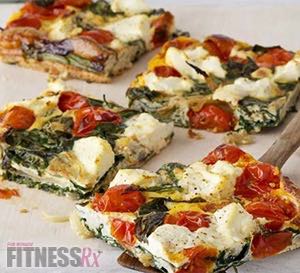 Right from the start of my day, I hedge my fat-burning bets by making a super easy egg frittata rich in many of these fat-burning foods. Once you do it a few times, it takes only a few minutes, and you’ll feel energized all day.

1. Start by turning on the broiler in your oven and raising the shelf to the highest level closest to the broiler.
2. In a stainless steel small omelette pan, heat olive oil on medium heat for 30-60 seconds until shimmering. Add onions and peppers and saute until onions are translucent, about 3 minutes. Sprinkle with turmeric and red pepper flakes and stir into vegetables.
3. Add egg and cover for 2-3 minutes or so, until egg begins to cook on bottom. Remove from heat and uncover.
4. Arrange spinach leaves around top of eggs (eggs are not fully cooked on top), and layer cheese, then drops of sun-dried tomato pesto and sprinkle with sunflower seeds.
5. Place in oven directly under broiler immediately and cook for 3-5 minutes until cheese melts and eggs are cooked and slightly golden brown.
6. Remove from oven using oven mitt. Handle will be HOT! Let sit in pan for 1-2 minutes to set. Using spatula, remove from pan and enjoy.

Fan C, et al. The Regulation of Leptin, Leptin Receptor and Pro-opiomelanocortin Expression by N-3 PUFAs in Diet-Induced Obese Mice Is Not Related to the Methylation of Their Promoters. Nutr Metab (Lond). 2011 May 24;8(1):31.

Dulloo AG. The search for compounds that stimulate thermogenesis in obesity management: from pharmaceuticals to functional food ingredients. Obesity reviews 2011;12:866-883.