It’s that time of year again— time to gather with the family and rejoice the season with of course lots of tantalizing food. Instead of opting for the traditional eats, why not make a delightful appetizer that reduces the carbs and calories and packs some fiber, too? Try these six healthy holiday appetizers for your next festive get together. 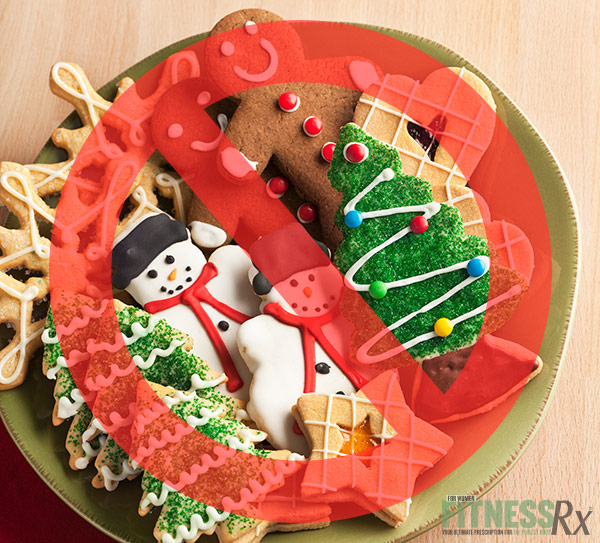 Roast chunks of pumpkin in their skin that have been oiled and salted in a pre-heated 450-degree oven for approximately 25 minutes or until pumpkin is crispy on the edges. Place chickpeas, garlic and de-skinned pumpkin into a food processor and blend until smooth. Add tahini, olive oil, lemon, salt and a dash of maple syrup for sweetness. Blend until fully mixed. Place in a bowl, drizzle with olive oil and dash of cinnamon. Serve with toasted whole-grain pita chips or your favorite whole-grain gluten-free chip.

Instead of snacking on chips or handfuls of high-calorie nuts, try roasting high-protein chickpeas as an alternative snack. Pre-heat your oven to 400 degrees. Stir drained and rinsed chickpeas with olive oil, smoked paprika, salt, cayenne pepper and black pepper. Throw onto a baking sheet and pop into the oven and toss every 20 minutes. Bake one hour or until crispy.

Instead of making meatballs with breadcrumbs, use shredded zucchini and eggplant, which adds moisture and binds the meatballs, without the added calories and gluten. You can also add eggs to bind the lean minced beef together. Season by adding dried oregano, crushed garlic and chopped onion. Roll into small balls and bake. Serve with veggie sticks and Greek yogurt tzatziki made with shredded cucumber, olive oil, lemon juice, salt, pepper, dill and garlic.

4. Quesadilla with Cranberry and Pulled Beef

Instead of making a quesadilla with loads of high-calorie cheese, try this twist on the original. Use a high-protein whole-grain wrap as your base. Make pulled beef using balsamic vinegar, rosemary, thyme, beef broth and a topside roast in a slow cooker. Cook for six to eight hours until beef shreds. Make a reduced-sugar cranberry sauce using fresh juice like pineapple and apple sauce, lemon and orange rind, and a bit of stevia if needs extra sweetening. Place shredded beef on one half tortilla, add a small amount of light provolone cheese and a bit of cranberry sauce on top. Fold over other half of whole grain wrap and bake in oven until cheese melts. Cut into four.

Instead of creating mini burger sliders with bread, replace the bread with a baked slice of sweet potato. Get rid of the gluten and instead get your daily supply of vitamin A. Cut even sweet potato slices, place on a non-stick baking sheet with a bit of coconut oil. Bake until golden, and cooked all the way through. Use both a top and bottom or just the bottom. Layer on top a mini lean minced beef burger patty, a sprig of spicy rocket, a spoonful of guacamole and half a cherry tomato on top. Place a toothpick down the middle to hold together.

Grate zucchini and remove excess water. Add zucchini, chopped white onion, bacon and eggs in a bowl and mix. Then add flour such as coconut or gluten-free flour to bind together. Add salt and pepper. Make small balls with the mixture, then bake in an oven until golden brown. Serve with a sweet chili dipping sauce.