Sleep is paramount when it comes to muscle recovery. This is when the body repairs itself, by releasing specific hormones to help in the recovery process. However, eating certain foods before bed can disrupt your hormone balance and as a result disrupt your ability to sleep! Here are six foods to avoid if you want some good shut eye, along with a few tips on what to eat instead. 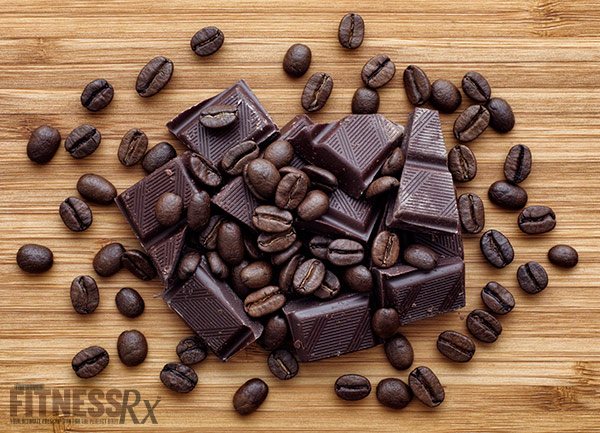 This tasty food may satisfy your sweet tooth but when it comes to sleep it might not be the best option, even in small quantities. Dark chocolate is rich in not just antioxidants but also stimulants including caffeine and theobromine. These stimulants can keep your nervous system activated for hours after you have eaten that piece of chocolate, especially if you’re sensitive to stimulants. In fact, per 2 oz of dark chocolate you will get about 80 mg of caffeine! That’s about 2 squares, and almost as much as a small cup of coffee.

Tip: Instead of satisfying your late night sweet-tooth with dark chocolate, have a vanilla based protein shake, blended with a spoonful of your favorite nut butter.

Simple carbs like white rice and potatoes have a high glycemic index, which means they contain enough sugar to spike energy levels rather quickly. When energy levels spike, insulin also spikes. Insulin is a hormone, whose primary job is to clear the body of sugar. Once insulin has done its job this results in an energy low, which you might think is a great thing when it comes to your sleep, but in this case, it’s not! When blood glucose levels drop quickly this causes hormones like cortisol and epinephrine to be released – stimulating and catabolic hormones. Why? Well part of their job is to counterbalance insulin’s response, stabilizing blood sugar levels by stimulating blood sugar levels to rise again. This response can trigger the stress response, cravings, and have a direct effect on your sleep!

Tip: If you’re last meal of the day is late, skip out on the simple carbs and opt for fibrous, slow digesting carbs like green vegetables, root vegetables, beans or quinoa.

Probably an obvious one but coffee is a no-go before bed. Coffee delivers caffeine, along with a variety of other natural stimulants. Caffeine is a stimulant that has a direct effect on the central nervous system, increasing energy levels and alertness. In addition, it can also cause irritability and nervousness – the exact opposite of relaxation. Even if you go for decaf, you’ll still be getting caffeine! A single cup of decaf coffee has about 15 mg of caffeine per serving, maybe not that much, but can add up quickly if you’re doubling up!

Tip: If you want something warm to drink before bed, opt for a cup of herbal tea instead. Most herbal teas do not contain caffeine but be sure to check the ingredients. Choose blends that help with relaxation such as chamomile.

This food contains the active ingredient capsaicin, which has been shown to activate the beta receptors in fat tissue, signaling a cascade reaction that stimulates epinephrine. Epinephrine is a key hormone in fat burning, but it’s also a central nervous stimulant, which means it increases alertness and energy.

Tip: Instead of eating spicy foods pre-bedtime opt for meals or snacks that are blander, instead of the spicy salsa pick mild. Want hot sauce? Stick to mustard.

Steak is a hard to digest food. In fact, protein in general is not an easy to digest food. Protein has a high thermic effect, which means it increases the body’s thermogenic response in the body during the digestion process. Beef has a higher response versus other proteins like fish or chicken. It also contains more fat, and more histidine. It is known that fats can cause a thermogenic response by the body, while the amino acid histidine has stimulating properties.

Tip: Instead of a big steak meal, opt for smaller portions of lighter proteins like eggs, white fish or chicken. Having a casein protein shake is also a good idea. Casein is a very slow digesting protein that releases slowly into the blood stream, providing a steady supply of aminos and nutrients that can help with nighttime recovery!

This green vegetable is great for any healthy fitness focused individual but when it comes to sleep, it might not be the best. Asparagus is rich in asparagine, a protein that has a strong diuretic effect. If you have a weak bladder, you may find yourself getting up frequently! Another interesting fact about asparagus, it also contains raffinose, a carbohydrate that is not broken down easily by the digestive system. In fact, bacteria in the gut must ferment the food to break it down, resulting in the formation of gas and bloating!

Tip: Eat easier digesting greens with your evening meals like spinach, zucchini, eggplant, or cucumbers instead of fibrous vegetables like asparagus or even broccoli.