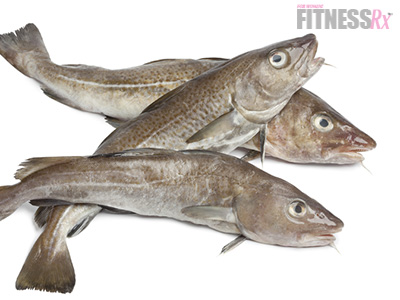 Cod is a popular whitefish with a mild flavor that is low in fat. It is high in vitamins A, E and D, and the omega-3 fatty acids EPA and DHA. A study from the University of Iceland in Reykjavík showed that cod promoted weight loss in young, overweight subjects who ate it five times per week (150 grams), compared to a control group that ate no seafood, but consumed the same number of calories.

The cod group lost 11 pounds and 2 inches from their waists, while the control group lost only 3 pounds and showed no changes in waist circumference. Cod eaters also showed decreases in systolic and diastolic blood pressure, triglycerides and insulin. Increasing consumption of cod in the diet might promote weight loss. (Nutrition, Metabolism And Cardiovascular Diseases, 19: 690-696, 2009)