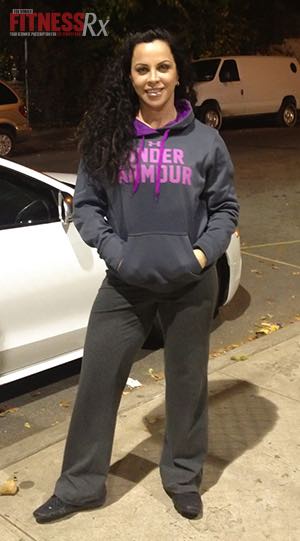 This week, I am going to discuss my “diet.” I have been asked by multiple people on Facebook and FitnessRXWomen.com to detail what my diet looks like. Well, I must admit it that it never looks the same from day to day. I have experimented with many different methods to lose body fat over the course of my career.

For instance, in the beginning (2005/2006), for my first few shows, I implemented an old school “bodybuilding” type diet. I ate the same foods every day—pretty much for 12 weeks. There were slight variations; the most notable was primarily a decrease in calories as I got closer to a competition. I didn’t count how many calories I ate. I would use a standard number such as 4 oz of fish and or 3/4 cup cooked rice, but I never added up how many calories I was eating.

When a benchmark approached, such as a certain number of weeks went by, I would decrease my “carb meals” from 4 to 3 meals and so on. I went like this until about 2 weeks out. The final two weeks, I cycled two days of protein and vegetables only and one day of just taking in carbs only. Then, it was back to protein only until I carbed up for the show starting the week before. I forgot to mention that adding salt to my food was never allowed for the three months of prep. I even made sure I drank water that contained no sodium. I remember calling the water company and asking if their water contained sodium. Yes, that extreme.

I just know I was suffering, but in the beginning, I was so hungry (in terms of wanting to place well in competitions) that I didn’t care what was asked of me. I just did it. And sure enough, I came into my first show with the now famous “abs” and not much other muscle. But, I was super lean and very conditioned.

That also had to do with my “Die Hard” mentality. I mean, I was militant, and it did pay off at the show I am referring to which was the 2005 NPC Southern States. I took 1st in my class and the overall award. I was shocked, thrilled and ready to start a new career. So I continued like this for several years, with that kind of “diet,” until about 2008. At that point, I knew I wanted to continue competing, if possible, but in my mind, I knew this couldn’t be the healthiest way to eat and compete.

There HAD To Be Another Way

I knew I couldn’t keep this dieting up long term, so I started using Google to look up competition preparation methods and coaches. This search took me to a very famous and reliable Bodybuilding website where I read an article by then Ph.D. student Layne Norton. I started reading the information he provided, which lead me to his website.

Here is what really caught my eye with Layne. Layne addressed the exact concerns I had as well as mentioning the science behind what he was discussing. All of which adequately disputed the only methods that I currently had implemented. Additionally, he was a lifetime natural bodybuilder and competed with striated glutes. The striated glutes meant to me that his science-based claims could in fact get you super lean. I thought, “Wow, he can get me lean too!”

I was most impressed and interested in the fact that he didn’t cut out the foods that typically are not allowed when prepping for competition, such as dairy, salt and bread. He included those items and still had that super leanness. Around that time, he had an injury that I knew had to have been devastating and sent him an email wishing him well and a speedy recovery. Shortly after, I was on the phone with him and immediately liked him as a person. From our conversation, I understood that I was dealing with someone with a lot of integrity. And sure enough, he was and has been the kind of preparation coach that never compromised my health on any level, time and again. I knew instinctively he would not compromise values just to get me ready for a show.

So I began working with him for a show I had in 2009. I honestly had a very hard time with what he was telling me to do. I was afraid to do something that could risk me possibly not being my best at this show. Then, I had to let go, trust and remember why I contacted him to begin with.

I had to count my macronutrients everyday and that was the beginning of my daily documentation of my food intake. I learned how to see food for what it was and that all food was comprised of certain amounts of protein, carbohydrates and fat. I distinctly remember asking about his methods of getting those macronutrients from “taboo” sources such as dairy. In fact, I only omitted dairy the Wednesday before the show. I kept salt in, didn’t cut water, didn’t take water pills and was only asked to minimize my water intake the actual day of the show. But, I still drank water.

The most poignant part of this new style of “dieting” was that I ate what I wanted. I couldn’t believe I could eat what I wanted as long as I hit certain macronutrient goals each day. So instead of only brown rice, chicken breast and green beans or broccoli, I could eat anything as long as I hit certain goals. It took me a few weeks, but I bought sliced deli meat, light whole wheat bread, light popcorn, baked chips, protein powder and protein bars. I cycled my carbs many ways, but minimally, I had five days with a certain goal and two non-consecutive re-feed days. Those re-feed days kept me sane, and I never had super low calories.

An Example Of My Old Style Of Eating

Note: The closer I got to a show, the less carbohydrates I was allowed to eat. Here is an example of what that looks like. This is a very rough draft, but this is what I was given. Meals 1-3 had carbs in the form of rice/oats or baked sweet potato, depending on how lean I was throughout the prep.

Note: I wasn’t told to add fats at all, but I did to my fish and broccoli meals—probably 2 TBSP per day. I am not 100% sure. I just did it when I was starving to death and already very lean.

An Example Of How I Eat Now

Moving forward, my view of prepping for show completely changed from the strictest approach to now the healthiest and relatively least painful way to prep. I won that show Layne prepped me for, so now I knew I could get my all-time leanest even while keeping all food groups in and without killing myself both mentally and physically. I also learned the reason why the other methods were not in my best interest and why I could/would end up looking flat and not at my best. Over the past four years, I have learned so much about macronutrient intake. I can see immediately how a certain amount of carbs will affect my body’s appearance and weight loss. And, ultimately, I know how to save my metabolism by using planned higher carb days. Additionally, I used to have hypothyroidism, adrenal fatigue and other common issues that I have learned to work around. All of which have given me some wonderful “in the trenches” experience that I can add to my “Real Life” resume, which feels like a superior education. LOL.

What I Have Taken Away From The Experience?

I have learned a nice combination of using both styles of prep. Some women I work with have serious food allergies from eating so strictly over the course of time that they cannot digest certain foods. Some are vegetarian and others have the exact issues I have dealt with as well. So I feel extremely comfortable coaching women now, because without experiencing the tribulations of contest prep first hand, I could never give the advice I give. I feel fortunate that my experience can actually be used in such a positive way now. I like to think of it as using the best of both worlds to achieve the most beneficial aspects that both bring to the table when helping consult others as they prepare to compete. (If you are interested in learning more about getting lean in a structured way that allows for the freedom of choice, visit my website www.avacowan.com.)

Here are some sample meals from an IIFYM (If It Fits Your Macros) type of plan. [Sample explanation IIFYM .] 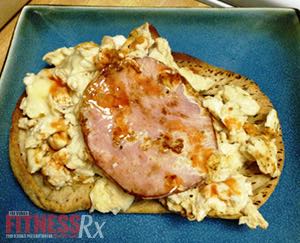 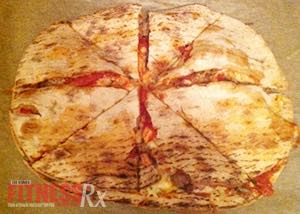 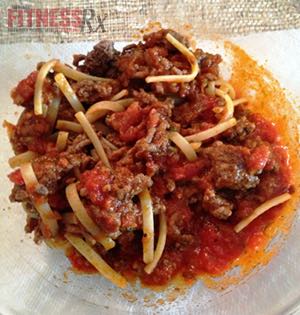 PLEASE NOTE: This is NOT my entire meal plan for one day. These are sample recipes demonstrating the variety in my daily meals. 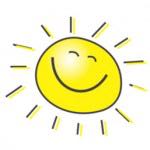 Ava Cowan is an IFBB Figure Professional, a CPTS® and full time online coach and consultant for women of all fitness levels.

Become a part of "Team Ava": Customized Coaching and Consulting for all levels.

Have questions, comments or just want to give me a shout?