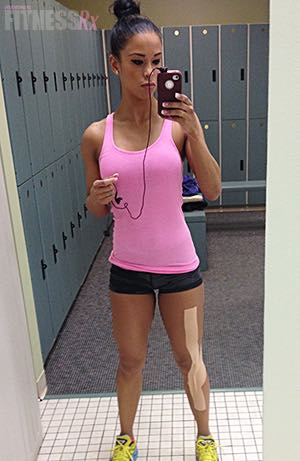 If you read my latest article, then you learned some of my tips on how to make running more enjoyable. The question now is, what happens if you enjoy running but become injured? Well, that’s the situation I’m in. For more than a month now I have not been able to run without feeling like my knee is going to pop. I tried getting massages, rolling my IT band out with a roller (pipe). I stretched and stretched, let it rest for a few days, but nothing was helping. 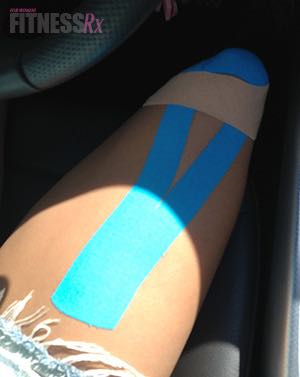 I visited a sports doctor a while back when I was having other issues with my legs and he had orthotics made for me. They definitely helped but I thought they would’ve prevented any further issues. I was wrong. The issue is more than just my flat feet and pronation; it’s my running form. YIKES! 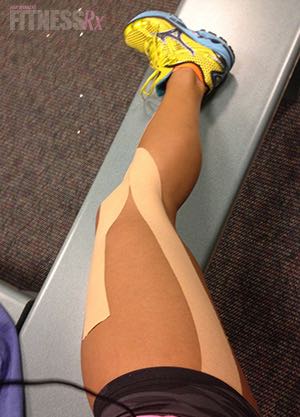 I finally went back and got it checked out, and it turns out my patella (knee) is not tracking properly. I need therapy and rest or I will need surgery in the near future. Definitely not the news I wanted to hear during this time. “What do you mean, I have to stay off of it and can’t run?” Prepping for one of the world’s most prestigious shows, the IFBB Arnold Classic, and knowing that running is a big part of my contest preparation, I became concerned. I allowed “what if” thoughts to overwhelm my mind, which in turn caused stress. I quickly realized that being stressed would not help me and decided to come up with a plan. 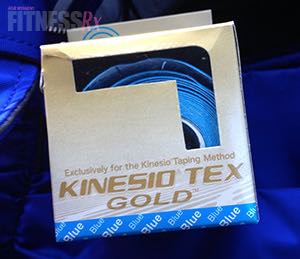 I received therapy and got my leg taped with kinesiology tape in attempts to align my patella and release the pressure I was creating. The issue is that due to my severe pronation and flat feet my knee leans inward. When I run, I kick back and outward, which jerks the knee in the opposite direction. The constant twerking action causes the patella to grind against bone during running and that was what was causing the pain. After getting taped, I figured I would be able to run, but nope, I was wrong. I asked the physical therapist why I was still feeling pain. She said the tape will only temporarily align my knee but that it wouldn’t help if my form when running was incorrect. I began the process of working with a fitness professional who put me through various exercises to correct my running. Wow, was re-learning how to run harder than I thought. I was told it would take time and I must be patient.

As far as my contest prep, I had to change up my cardio routine because I had no other choice. I used different cardio machines that would not build my legs. On the treadmill, I walked as fast as I could, side skipped, ran backwards while making big dramatic movements with my arms to keep my heart rate up so that I could burn fat.

It was mentally frustrating at times because walking was a piece of cake compared to running at 7.5 for one hour. I will say this, though— I still challenged myself, I made a goal to be able to walk at 5.5 mph and I did it :). I became good at transitioning from 4.5 mph high side skips, running backwards and walking super fast while holding dumbbells or waving my arms like a mad woman. The fact that I looked insane didn’t matter; all I was concerned with was taking care of my body while making my contest prep a great one. This was definitely a very different way of prep for me but I did it and I made it happen.

As I write this, I am on the plane headed to Columbus, Ohio to do what I love and that is compete and hopefully inspire others to not allow the small things get you down. Where there is a will, there is a way. Live your dream and work towards making it a reality.

I would like to thank David Bush and Gary Ross from Ultimate Sports Institute for all of their help and directing me to Carolina McHacker from South Florida Institute of Sports Medicine, who is the sweetest physical therapist ever.

India Paulino is an IFBB Bikini Pro, Team Bombshell coach and certified personal trainer. She is managed by Fitness Management Group. India's ultimate goal is to inspire individuals to chase their dreams and motivate them to stay on that path even if the road gets bumpy..

India is a BSN sponsored athlete.

Find more of India on: