Ladies— have you ever felt that your hormones were working against you when you were dieting and trying to lose weight? Well, perhaps you were not entirely incorrect! Oftentimes, low-calorie diets can adversely affect certain hormone levels, especially those hormones that stimulate appetite and cause increased hunger. This is frequently the reason many women wind up gaining weight back after a diet ceases. Two such hormones that do those things are called “the hunger hormones,” ghrelin and leptin. 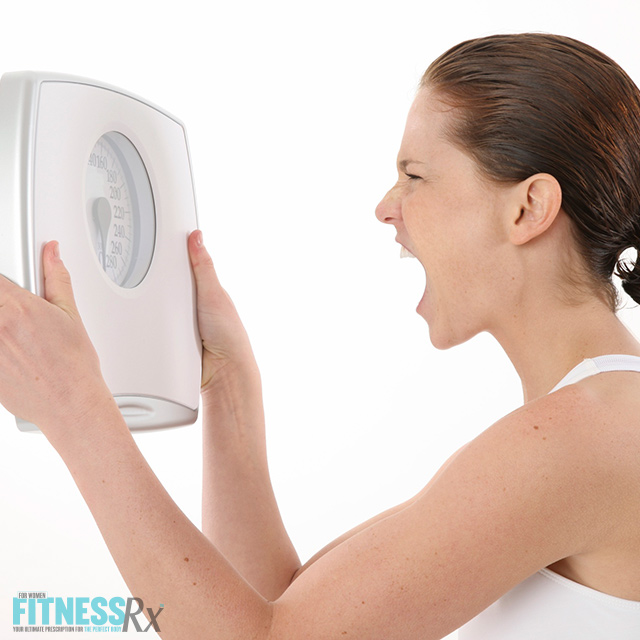 Ghrelin, a 28-amino-acid peptide hormone that is secreted primarily by the stomach, is implicated in signaling hunger to the brain and increasing food intake. It may also stimulate fat storage. Ghrelin levels have been found to increase when a person consumes a low-calorie diet (eating less than their resting metabolic rate), and decrease when a person eats too many calories. Research is showing that the ghrelin receptors (GSR1a) and the dopamine receptors (DRD2) in the brain can interact with one another and cause a person to increase their caloric consumption, which could lead to weight gain and obesity. Ghrelin increases food intake by modulating the activity of dopaminergic neurons, and restricting food intake can increase the activity of ghrelin, increasing the number of DRD2 receptors. Studies are now finding decreased levels of dopamine DRD2 receptors in obese people compared with normal-weight people.

The ghrelin hormone not only stimulates the brain to give rise to an increase in appetite, it also favors the accumulation of lipids in visceral fatty tissue, located in the abdominal region and considered to be the most dangerous type of adipose tissue. Excess abdominal fat is strongly associated with an increased risk for many different diseases, such as hypertension, metabolic syndrome, high cholesterol, coronary artery disease and premature death. Abdominal obesity also places people at a higher risk for developing a condition called insulin resistance, which increases the risk of type 2 diabetes.

The other hormone associated with appetite is leptin. Leptin is known as the appetite suppressor and appears to have great effect on bodyweight and metabolism.

Leptin helps signal the brain that the body has enough energy stores such as body fat. Many people who are overweight or obese have an impaired response to leptin’s signals, even though they have higher levels of the hormone in their blood, suggesting that obese individuals may be resistant to the effects of leptin. Leptin is synthesized and secreted primarily by adipocytes. It is present in blood serum in direct proportion to the amount of adipose tissue. As the fat cells become enlarged in obese individuals, they secrete a greater amount of leptin. Leptin communicates with the central nervous system to regulate energy intake and energy stores in the body so that the hypothalamus can efficiently maintain a stable bodyweight.

Leptin resistance describes the apparent inconsistency of leptin’s action as an appetite-suppressing hormone and the reason for elevated levels in the majority of obese individuals. Theoretically, the human body is designed to respond to low levels of leptin, which occurs when fat stores are depleted, and not when the hormone is circulating at normal or elevated levels. There are a couple of suggested molecular mechanisms used to explain the reason for leptin resistance, such as impaired leptin transport across the blood-brain barrier or impairment of leptin receptor function and signaling. Also, it may be leptin itself playing a role in the development of resistance to its own effects, so called “leptin-induced leptin resistance.”

Chronically raised leptin levels, which characterize obesity, decrease the transport of leptin into the central nervous system and impair the signaling properties of leptin receptors. The resulting resistance to leptin is the cause of the increased susceptibility to diet-induced obesity, which in turn raises leptin levels further and worsens existing leptin resistance leading to a vicious cycle of weight gain.

Several factors influence the rate of leptin transport into the central nervous system. One influential factor may be α-adrenergic stimulation increasing transporter activity and decreasing transporter activity could be due to hypertriglyceridemia. Hypertriglyceridemia is generally observed during prolonged, very low calorie dieting (starvation dieting), and it is theorized that the ability of triglycerides to inhibit leptin transport may be due to their ability to counteract the stimulation of appetite suppressing signals. Conversely, hypertriglyceridemia is also associated with obesity and may in part be responsible for the impairment of leptin transport that is observed in obese individuals and defines the condition of peripheral leptin resistance.

Adipose tissue not only secretes leptin, it also secretes cytokines. Cytokines are elements of the immune system that are critical for maintaining proper levels of the immune system and they respond to inflammation in the body. Research is showing that lower levels of cytokines could also help to prevent obesity. Improvements in insulin sensitivity with weight loss are mediated by changes in inflammation in obese individuals. Improvements in glucose metabolism with weight-loss programs are independently associated with decreases in cytokine concentrations, suggesting that a reduction in inflammation is a potential mechanism that mediates improvements in insulin sensitivity.

Cytokines respond to inflammation, and inflammation is produced by the eicosanoids, which originate from arachidonic acid. Arachidonic acid is an omega-6 fatty acid that is primarily controlled by diet. Following an anti-inflammatory diet (foods low in omega-6) may help to decrease levels of cytokines and aid in weight loss.

Peptide YY is another protein hormone released by cells in the ileum and colon of the intestines in response to feeding that reduces appetite. Peptide YY is released in the blood and works by binding to receptors in the brain. These receptors then cause a decreased appetite and make people feel full after eating. Peptide YY also acts in the stomach and intestines to slow down the movement of food through the digestive tract. Peptide YY secretion is mainly stimulated by the presence of food in the digestive tract, particularly fat and protein. The amount of peptide YY that is released into the blood depends on the amount of calories eaten. The highest levels of peptide YY are found in the second hour after eating. Peptide YY levels then gradually decrease. Low levels of peptide YY are seen during long periods without eating, for example overnight.

The hormone cortisol is produced in the adrenal cortex in response to adrenal cortical stimulating hormone (ACTH) produced in the pituitary gland. Cortisol plays an important role in regulating blood sugar, energy production, inflammation, the immune system and healing. Low cortisol levels may cause chronic fatigue, exhaustion and a disease of the endocrine system called Addison’s disease. If your adrenal glands are producing too much cortisol, you may develop conditions such as weight gain, especially around the abdomen, depressed immune function with all of the consequences, accelerated aging and stomach ulcers. Recently, a lot of attention has been directed to the effects of excess cortisol on weight gain and on the difficulty in losing weight.

Human growth hormone (HGH) is produced by the pituitary gland and is necessary for organ and bone growth in youths. In adulthood, it is still vital for other functions. Deficiencies in HGH can cause cardiovascular disease, weight gain, decreased muscle mass, wrinkling of the skin, decreased energy and other conditions associated with the aging process. The hormone naturally decreases rapidly after age 30, and by the time a woman reaches her 40s the results are quite noticeable.

Overall, obesity and, more importantly, fat stores in the abdominal region are indicative of impaired growth hormone production, but weight loss can help to offset this problem. High-glycemic-load carbohydrates inhibit growth hormone secretion and should be avoided. Since the majority of growth hormone secretion occurs at night during deep sleep, it is important to get a full seven to nine hours of good sound sleep. Also, your last meal of the day should contain a high-protein source and possibly a low-glycemic carbohydrate to help growth hormone secretion. Maintaining optimal levels of HGH through healthy lifestyle practices, nutrition and exercise can significantly help to increase lipolysis due to the fat-burning effects of HGH.

Estrogen actually refers to a collection of hormones that affect sexual function and reproduction, metabolism, mood, development growth and tissue health and development. There is an inverse relationship between estrogen and bodyweight during menopause, when estrogen levels drop, but weight tends to rise. Changes in estrogen receptors in the hypothalamus of the brain, a sign of menopause, means it can be harder to lose weight. In turn there is a greater burden on women to eat a healthy diet and exercise more to help their metabolism make up for the loss of estrogen, which helps regulate weight gain and appetite. Interestingly, fat cells produce estrogen, along with other hormones and proteins. But estrogen produced in fat cells will not help regulate obesity and metabolism. Instead, estrogen that accompanies weight gain, especially in abdominal fat, puts women at a higher risk for breast cancer, because estrogen stimulates cell growth.

There is another condition associated with estrogen know as “estrogen dominance.” Estrogen dominance occurs when the body has too much estrogen, from overproduction or lack of progesterone. Estrogen dominance can result from excess estrogen production within the body, hormone replacement therapy common in menopause, and a drop in progesterone production or intake of excess estrogen from environmental sources, such as meat injected with hormones or man-made chemicals the body confuses with estrogen. Weight gain is a direct effect of estrogen dominance, especially increased fat accumulation in the abdominal region. This condition, if left unmanaged, can result in a continuous cycle of excess fat tissue producing more estrogen and estrogen producing more fatty tissue.

The type of treatment you may need to follow to balance this hormone level depends on whether you have high or low levels. Some women entering menopause may need to have a discussion with their physician about the possibility of hormone replacement treatment, but there are many natural supplements that can aid in balancing levels of estrogen. Another way is through exercise and diet. It is no secret that exercise can help lower fat levels in your body, and since fall cells produce estrogen, exercise is a great way to possibly lower levels of the hormone. The reduction of estrogen in postmenopausal women causes an accumulation of fat, which can be counteracted by exercise as well. Many foods contain certain levels of estrogen. Food containing higher levels of estrogen (cucumbers and brown rice) can help to raise levels, whereas low estrogen containing foods (white rice and broccoli) can help to lower them.

There is increasing evidence showing that once people lose weight, their natural hormones may tend to push them towards regaining weight due to people’s adaptation to low-calorie dieting and being poorly adapted to proper nutrition. Changes in the appetite hormones can persist for a prolonged period of time, sometimes up to one year after dieting. Losing weight is not always a neutral event. Sometimes it is not by accident that people who lose weight wind up gaining it back.

Many of the hormones in your body regulate metabolism and make it challenging to lose weight if those particular hormones are not balanced within your body. People struggling with their weight-loss efforts should not be discouraged by the new research suggesting that hormones are a key component in weight loss and/or weight regain. The power of success is in your hands towards achieving a healthy bodyweight by eating a nutritious diet, exercising and possibly receiving proper medical supervision if necessary.

Ashwini, O. & Giles Y. (2010). Leptin and the Control of Body Weight: A Review of Its Diverse Central Targets, Signaling Mechanisms, and Role in the Pathogenesis of Obesity . Integrative Physiology, 18(2): 221-229.