Answers and other not-so-trivial trivia 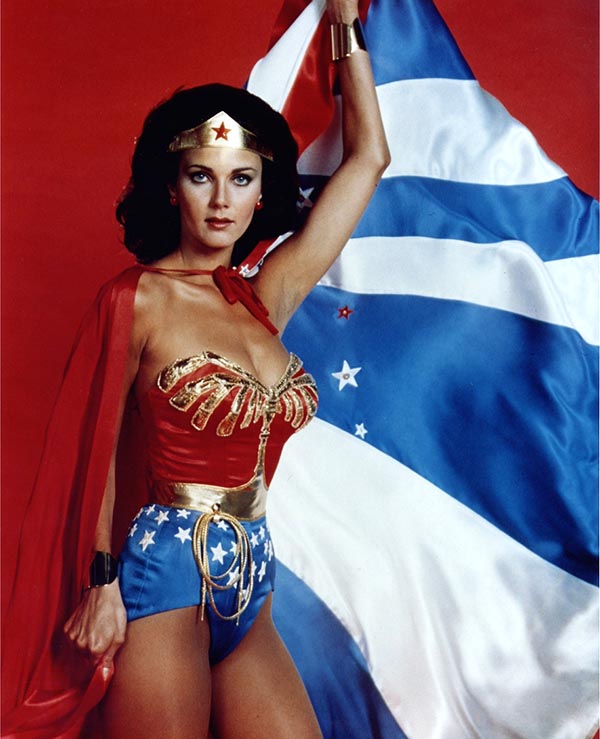 1. C – singer. Lynda began singing professionally at age 14, and was touring with a band while she was a minor. After a year on the road, Lynda returned home, entered a beauty contest and then went to Hollywood. Her first album, Portrait, was released in 1978 and Lynda released two additional CDs in 2009 and 2011.

2. A – Phoenix, Arizona. Her fifth variety special, “Body and Soul” (1984), is a tribute to her home state and was filmed on location.

4. D – Commercial. James, as a newborn, appeared with his mom in a television commercial for Maybelline in 1988. Do a search on YouTube for Maybelline Performing Mascara. Lynda was the director for fashion and beauty for Maybelline and appeared in television and print advertisements during the ‘80s and into the ‘90s.

5. D – Crawford never guest starred on “Wonder Woman,” but given the show’s appreciation for strong women, this would have been a casting coup. The late Anne Ramsey, whose credits include “Throw Mama From the Train,” appeared in the pilot and later in the series.

6. “Partners in Crime” with Loni Anderson in 1984, in which Lynda and Loni played detectives. Lynda also starred in “Hawkeye” in 1994-95 with Lee Horsley; this was a historical drama set in 1755 during the French and Indian War.

7. D – Lynda has a distinguished résumé of performances at prestigious venues around the world. She headlined at Caesars Palace in 1978 during the second season of “Wonder Woman.”

8. A – Lynda’s character was a comet. She made quite an entrance on the first day of school, flying through the building as a ball of light.

B – Cloris Leachman, who played the queen of the Amazons (and Lynda’s mother) in the 1975 pilot for “Wonder Woman,” also appeared in “Sky High,” but the two did not have any scenes together.

10. C – Frank Ewing and Sabastian Reich are two real-life Wonder Boys who sponsored Lynda’s star and made this honor possible, with the support of other fans. In 2013, Frank and Sabastian began a Facebook campaign, “Lynda Carter Palm Springs Walk of Stars,” and raised the necessary funds by early 2014. Lynda’s star was presented to her in a ceremony in May 2014. Lynda hosted a meet-and-greet for her supporters on the day of the ceremony. Among those in attendance, besides Frank, Sabastian and Lynda’s husband, Robert Altman, was Lindsay Wagner, who starred on television as “The Bionic Woman.” Frank is also the sponsor of Lynda’s star on the Hollywood Walk of Fame, which she will receive in 2018. Check out the coverage of Lynda’s ceremony in Palm Springs at contactmusic.com