Lynda Carter, who brought Wonder Woman to life in the 1970s television series, had an ongoing role in the new “Wonder Woman” movie. Director Patty Jenkins, who watched the TV show while she was growing up, told the Associated Press that Carter was a “sister to us on this journey,” after Jenkins reached out to Carter while “Wonder Woman” was being developed for the big screen. Carter and her family attended the “Wonder Woman” premiere— where the new Amazonian star, Gal Gadot, bowed to Lynda (she bowed back). 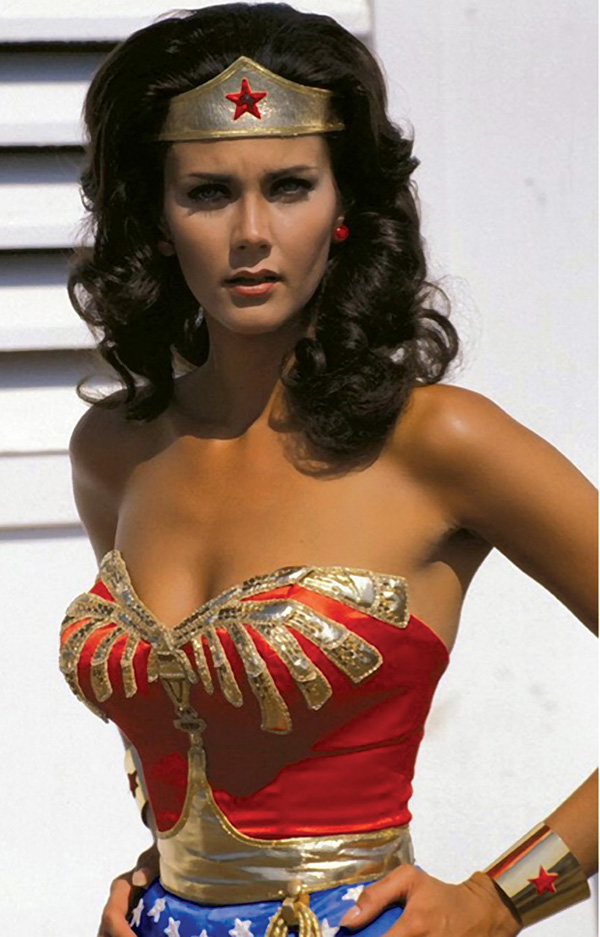 It was a wonder-ful sight to have both Wonder Women on the red carpet at the film’s premiere. As it turns out, Carter shares many qualities with the legendary heroine— notably, an enduring affinity and popularity with audiences. Even though it’s been over 40 years since Lynda first starred as Wonder Woman, she remains an iconic presence. During her reign as Wonder Woman, a Gallup poll ranked Lynda as one of the 10 most admired women in the world. Next year, Lynda will receive a star on the Hollywood Walk of Fame.

Now that “Wonder Woman” has become the highest-grossing summer movie at the domestic box office, earning $389 million according to Variety, you can expect to see both Wonder Women in your future. A sequel to “Wonder Woman” has been confirmed by Warner Brothers, and Carter has had discussions with Jenkins about appearing in the forthcoming film. How much do you know about the original Wonder Woman? Lynda has had a very successful career since the series ended— starring in television and feature films, five musical variety specials, two additional television series, her stage act, commercials for Maybelline as well as recording and doing voice-over work. Take the Wonder Lynda Challenge and learn some interesting facts about this eternally wondrous woman.

1. Lynda Carter began her career as a:
A. Model
B. Beauty queen
C. Singer
D. Actress

4. Lynda’s daughter, Jessica, has been appearing with her mom in Lynda’s stage act for the last few years. However, it was actually Jessica’s brother, James, who first worked with his famous mother. What was the gig?
A. “Wonder Woman”
B. Television movie
C. Stage performance
D. Commercial

5. Which of the following actors did not guest star on “Wonder Woman”?
A. Celeste Holm
B. Roy Rogers
C. Anne Ramsey
D. Joan Crawford

6. Name the two television series Lynda has done since “Wonder Woman,” and her respective co-stars.

7. Lynda has headlined at which of the following venues?
A. Caesars Palace in Las Vegas
B. The London Palladium
C. Jazz at Lincoln Center
D. All of the above

8. In the 2005 Disney movie “Sky High,” Lynda played the principal of a school for kids with superhuman powers.
A. What was Lynda’s special power in the film?
B. Bonus: name the actor in “Sky High” who worked with Lynda in “Wonder Woman.”

9. Name the actor from the television series “M*A*S*H” who worked with Lynda early in her career.

10. In 2014, Lynda received a star on the Palm Springs Walk of Fame. Who was the driving force behind this?
A. The Mayor of Palm Springs
B. President Obama
C. Lynda’s Wonder Boys
D. Hillary Clinton