Jealousy is the emotion that ensues when we take a look at someone or something with envy and then tells us, “Why do they get that? I want that.” Sometimes this can actually be a GOOD thing, a motivator and an opportunity to take a look at ourselves and how we behave. But as we know, jealousy can also lead to very bad things, clouding our minds with doubt in ourselves and unwarranted hatred for someone else.

Psychologists at the University of Rijeka theorize that the different psychological mechanisms are products of natural selection, which facilitated survival and reproduction of the human species.1 One of those mechanisms is jealousy, which has a function of “mate guarding.” According to these evolutionary psychologists, women could have been at greater risk of losing their mates resources if infidelity should occur.

Guilt and shame often accompany jealousy.2 As you admire someone else, you often subconsciously lie and tell yourself you aren’t good enough, internally shaming yourself for your seeming lack of substance. Desiring what you do not have can lead to guilty feelings of remorse. Sometimes this self-hatred will turn to hatred for the person(s), as now your mind has decided that THEY are the cause of your inner turmoil. This cycle repeats itself as you continue to put yourself down and try to lessen them along with yourself. Without knowing, you have decreased your own self-esteem and self-worth by allowing jealousy to take control. Not fair to you.

Jealousy clouds your judgement. When study participants at Arizona State University were shown Facebook messages and pictures from unknown sources, their interpretation was more likely to be negative if they were in fact a jealous individual.3 Results showed women described being more likely to experience negative social affects in response to the Facebook post than did men in the study. 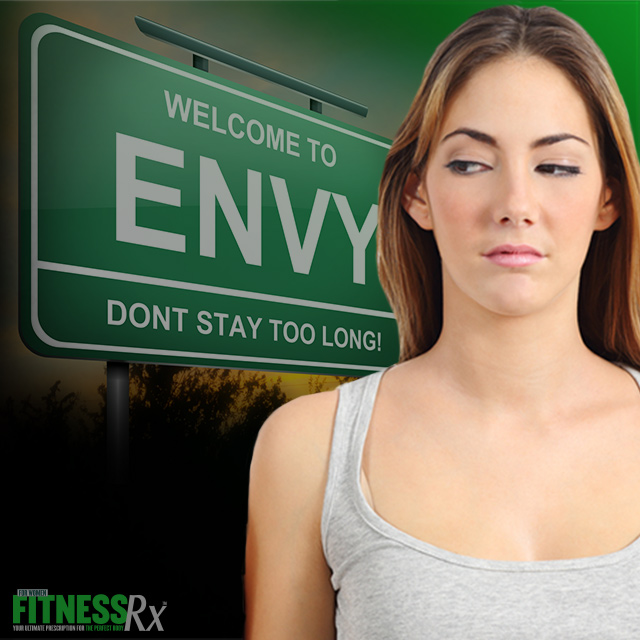 Jealousy can negatively impact your body and rob you of experiences, too. In three studies performed at the University of Singapore, participants induced to feel love or jealousy both rated a variety of tastings, including sweet and sour candy, bittersweet chocolates and even distilled water.4 Those participants who were made to feel jealous did not rate the tastes as sweet or flavorful as those who felt love.

Seeing something that makes you jealous causes your eyes to fixate your gaze in an upsetting way longer than you would usually look.5 Posture changes as you have these conflicting emotions. Both biology and socialization play pervasive roles in the communication of jealousy.6 Sometimes it is expressed with aggression either overt or passive— both can be hurtful to others and ourselves. When these signs are picked up on by others, they are usually interpreted as off-putting and undesirable. Aspects of adult health that have been found to be affected by negative social exchanges include self-rated health, disease and disability, cognitive functioning and even mortality.7

Psychological stress on the body raises cortisol levels and also engages a fight-or-flight response producing chemicals like adrenaline noradrenaline.8 This same stress response raises blood pressure and your heart rate, both of which are dangerous when chronically experienced.

A jealous person has a difficult time being emotionally available to others, as their focus is set on a fear of someone else’s abilities or features rather than their existing social bonds. Social bonds are fundamental for human beings and the experience of social exclusion from something or someone important is a stressful event.9 In rescinding social bonds and relationships, the human connection needed to lift your spirits is diminished. Your power and energy is wasted.

Love YOU: Know and respect your OWN worth and value, make a list of your qualities and tell yourself daily.

Respect HER: As soon as you feel a ting of envy, immediately say something nice. Example: Woman in small black dress walks by, say “Wow, what confidence she has.”

Share EVERYWHERE: Give compliments and praise from your heart; doing so allows your mind, body and spirit to appreciate what once made you envious, and then turn the emotion to something positive—admiration.