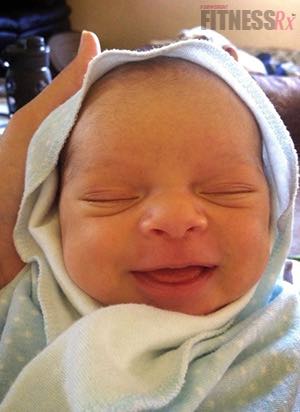 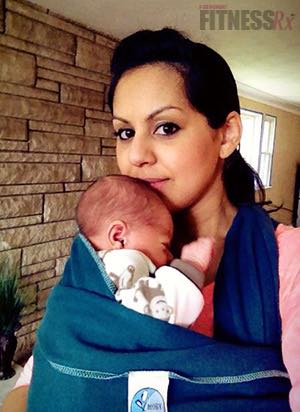 What a whirlwind two weeks it’s been! Right after submitting my last blog post— and just after saying I felt like the baby wasn’t coming anytime soon, I went into labor! 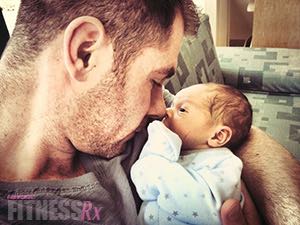 I awoke to contractions at 3:30 a.m. on Thursday, May 2. I wasn’t exactly sure what I was feeling; they certainly didn’t feel like Braxton Hicks! At first I was worried something was wrong, but as I lay in bed hoping the “horrible cramps” would stop, I realized they were coming and going in waves. 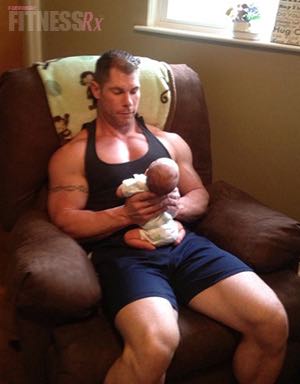 So, around 4:00 a.m. I got out of bed and started timing them. They were about seven minutes apart. There is this nifty little app you can get for free for the iPhone called “Full Term” and it times your contractions with a simple push of a button. No need to write things down or keep track of the breaks between them or anything, just hit start and stop and it calculates it all out for you (this really comes in handy when the contractions get bad!).

I sent an e-mail to my director letting him know I wasn’t going to be in that morning, and depending whether or not my contractions stopped or progressed, I might be having the baby that day. Well, as the day wore on, they started coming closer together, but not by much. It took me all day to get to three minutes apart! (The plan was to labor at home till either my water broke or I was three minutes apart)…

My mom came over after she got off work and went for a walk with me to get things moving; it was a beautiful day. Walking a mile during contractions is not easy, though! LOL. Anyway, finally at close to 6:00 p.m., my contractions were getting to be about 3.5 minutes apart and I was ready to go to the hospital. We were already packed and ready, so we got in the car and arrived at the hospital about 15 minutes later and went directly to triage. There they checked me. I was only dilated to 3 after 14 hours of laboring at home. DOH! I was in for a long night.

Fast forward SEVERAL hours, I was not dilating very fast and the contractions were still coming about every two minutes. This seemed to be the way things went for most the night. I labored in a tub, which helped decrease the pain since I was going all natural.

Getting the Ball Rolling

Finally, around 3:00 a.m., my doctor checked me again and I was only at 7 cm! This was disheartening to me! I was ready to be done! She said we could do one of two things: Either we could “get me through the night with some pain meds and maybe I could get some sleep through my contractions” or I could “get off my butt and start walking and get things going”…. So that’s what we did. Tim paced the halls with me for a good 45 minutes, trying his best to help me along at a decent speed, as this was not supposed to be a leisurely stroll. Of course, that is easier said than done when every 45 seconds you are having a contraction! The transition phase is definitely not fun. ;) About an hour later, the doc came back and checked me, it was pretty much time to push!

It was an amazing experience and I wouldn’t trade it for anything. I only had to push for about half an hour and Baby Staggs was born. It was a lot of work— the pushing, the most intense thing I’ve ever been through. But as soon as it was over, I was 100 percent pain free and filled with joy.

The joy was short lived, unfortunately, because he wasn’t breathing as strong as he should have been, and wasn’t crying. He had the cord around his neck and this caused him distress at the end.

Our plans of bonding and postponing newborn procedures went out the window when the NICU team had to take him away for observation. Tim went with, though; it was in our plans not to leave the baby without a parent with him.

He was in NICU for close to five hours for observation. His oxygen was a little low, and he needed to be kept under a heat lamp till he could maintain his temperature on his own. Other than that, he was perfect! The NICU doc said because he was born without drugs in his system, he was able to recover faster and breathe better on his own because he didn’t have to fight anything slowing him down. I was happy to hear this! The little guy was a fighter and within a few short hours, he was in my room with me, where he stayed for the rest of the weekend.

We had a great stay at the hospital and the baby finally got a name the night before we came home. Ty Rollin Staggs. The whole birthing process was really something I will always look back on with fondness. It felt like I worked with baby Ty and had the support of Tim to bring him into the world. It really is a labor of love, and I have a new respect for mothers. Ty is such a sweet little baby, and I could just stare at his little face all day. Seeing him with Tim is great too; he’s a natural with him… We are so in love with this little guy who has changed our lives in just a few short weeks.

As always, I love hearing from you guys— so if you have any questions please feel free to leave them in the comment section below!

Till next time!
Becca