Skip to content
FitnessRX for Women > Life & Health > Fat Loss > How to Break Through a Weight-Loss Plateau
Share This!

Q: I have been following a very strict diet for almost six months now. I religiously keep my calories at 1,400 a day and eat a high-protein diet. I’ve lost 22 pounds, but suddenly I’ve hit a plateau and can’t lose anymore. I have another 5 pounds to go to reach my goal. What am I doing wrong?

It’s impossible to say for sure based on the info you provide, but one potential problem is that you may be too strict with your diet – a mistake if you’re trying to get your leanest. The issue with continually keeping calories below a maintenance level is that your body senses starvation, which sets off a chain of hormonal events that leads a weight-loss plateau. This is initiated by a hormone called leptin, which acts as a “fat thermostat” in your body. Leptin is sensitive both to decreased food intake and reductions in body fat. When one or both of these happen, leptin sends a signal to the brain that ultimately causes a reduction in your metabolism and increased hunger. The end result: fat loss stagnates or even increases.

To maximize fat loss, you should employ a regularly scheduled “refeed” day. Think of the refeed as a cheat day, where you can eat anything you want, including sugar and/or fat-laden foods. Go ahead and order a pizza. Frequent your favorite fast-food restaurant. Have some chocolate cake or ice cream. Within reason, there should be no restrictions.

Now you’re probably saying, “Come on, Brad, how can increasing calories for a day help me to lose weight?” Simple. Refeeding has a positive influence on leptin levels and the results of this are seen almost immediately after the refeed. Although the primary function of leptin is to control long-term maintenance of body fat levels, it also plays a role in monitoring short-term changes in food consumption. While leptin doesn’t by itself lead to termination of a meal, it does function locally in the stomach, increasing during periods of overfeeding and decreasing during periods of underfeeding. Consequently, by upping food intake every so often, you “trick” your body into thinking it isn’t starving and thereby mitigate any drop in leptin production. Metabolism revs back up and hunger levels subside. A win/win situation! 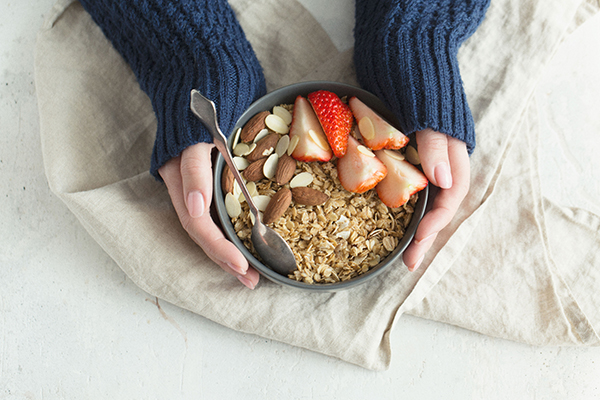 To heighten the beneficial effects on leptin, it’s advisable to eat a good portion of calories from carb-based foods (particularly non-fibrous starches) during the refeed. Glucose, the constituents of starch, has been shown to increase leptin production much more so than fatty foods. Pasta, rice, breads, pancakes and other starches make excellent choices for refeed. Even simple sugars such as cookies and cakes are fine. It’s one of the few times that high-glycemic foods are actually desirable.

The refeed day also has distinct psychological benefits. After several months of deprivation, most people begin to develop excessive cravings for “forbidden” foods. Combined with the hunger pangs initiated by leptin and other hormones, they end up going on an eating binge, chowing down everything in sight. With the refeed, this becomes a non-issue. The comfort of knowing that you can satisfy your cravings on a regular basis is usually sufficient to maintain dietary adherence over the long haul.

Ideally, you should keep the total calories on your refeed to about 150 percent of your normal diet. If your diet calls for 1,400 calories a day, don’t take in more than about 2,100 calories. This will give you plenty of leeway to satisfy your cravings and rev up leptin production while still keeping caloric intake within a reasonable range. Although a little bit of planned overindulgence is desirable, consuming mass quantities of food will be a detriment to body composition.

For most people, refeeding once a week is all that’s needed to re-regulate leptin. At low levels of body fat, however, it can be beneficial to schedule refeeds even more frequently. You see, the lower your body fat percentage, the greater your body’s attempt to resist additional weight loss by shutting down leptin production. Thus, as your body fat gets down below about 12 percent, refeeding every five to six days may be necessary to further results.

Regardless of frequency, it’s important to make your refeed day a regimented event. Don’t let cheating become a habit. You must adhere rigidly to your diet and make your refeed a planned event. Consider it a reward for being disciplined, something you can look forward to.

Bottom line: Adhere to a strict diet six days a week and then refeed on the seventh day. See how your body responds and make adjustments accordingly. In short order, you’ll break through that weight-loss plateau and get your body fat down to its lowest levels possible.