It is difficult to get excited about sports science that relates to endurance or aerobic exercise when you are part of an elite group with a penchant toward physique and strength sports. However, when the findings are applicable toward fat loss, muscularity, definition and symmetry, there is reason to pay attention.

Physique and Figure competitors prepare for competition attempting to build, or at least maintain muscle mass while consuming a hypocaloric diet, performing additional aerobic conditioning and manipulating the macronutrients to deplete energy reserves (i.e., reduce body fat). This can extend for a period in excess of 12 weeks, and requires the most efficient use of time and energy. Cardio has become a muddled mess for the competitor, who is now told that steady-state, moderate-intensity aerobic exercise in a fasted state is not as potent a calorie-burner as high-intensity interval training (HIIT). Further, “experts” are debauching the tried-and-true fasted early morning cardio as being no more efficient than cardio later in the day, when the muscles are full of glycogen. There may be some value to training HIIT as an occasional alternate, and it certainly is more practical for certain sports applications or general conditioning. However, for competitors, it is all about losing stored fat; calories can be balanced through diet, and muscle must be preserved. 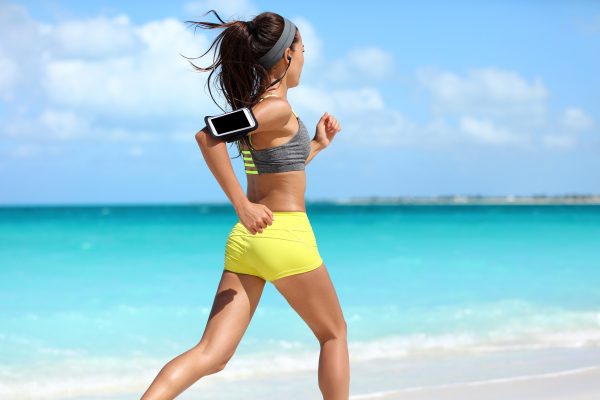 In view of the above, it is worthwhile to report on a study published in Medicine & Science in Sports & Exercise, co-authored by Louise Burke— a prestigious sports science journal and a top-notch researcher, so pay attention. Twenty-one tri-athletes were divided into two groups who underwent a standardized training protocol and consumed a diet of roughly 2,700 kilocalories (kcals) per day, providing six grams per kilogram of bodyweight of carbohydrates, 1.6 grams per kilogram of protein and one gram per kilogram of fat. The subjects weighed roughly 155-160 pounds, and trained for 11-12 hours per week. The variable (i.e., what was tested) was the pattern of carbohydrate ingestion— when did they eat their carbs in relation to light-intensity morning cardio? The control group ate their carbs in equal portions, and had breakfast prior to an early morning, light-intensity cardio session lasting 60 minutes. Further, they were provided with a carbohydrate-based sports drink to consume during their morning cardio.

‘Fueled Up’ With Psychological Caffeine

While the findings of improved performance in triathlon-simulated events were interesting, the real value of this study was revealed in the perceived exertion and body composition data. While the fasted cardio (glycogen-depleted state) was perceived as being harder than morning cardio for the well-fed (glycogen-loaded) group, later training and competition was perceived as easier. This is fantastic, as the biggest challenge of early morning cardio is often just getting up and moving. If the later strength-training session can be hit harder because it feels easier when the body is “fueled” up, most people will take that boost. It sounds like “psychological caffeine,” and gaining a later “energy” bonus from early fasted cardio is a nice perk for the same amount of work.

More importantly, the “sleep low” group demonstrated a significant loss of body fat, about two pounds in just three weeks. Remember, these were not previously sedentary subjects, but people who had been training for at least two years. Two pounds of body fat in three weeks— that is really good, considering the diet was designed to be energy balanced and not hypocaloric. In other words, they were eating plenty, and lean mass was not lost. What accounted for the loss of fat, not seen in the control group who ate the same amount and type of calories and exercised the same, was an increase in fat oxidation. The “sleep low” group was burning more fat for its energy needs than the control group, who relied on the readily available and ever-present sugars available from their meals and sports drinks. It is likely that in addition to a greater activation of the AMPK pathway in the post-absorptive state, that the relative absence of insulin in the fasted state allowed for the release of stored fat at maximal efficiency. The relatively low blood sugar during activity likely increased sympathetic tone (i.e., adrenalin release) to provide for the release of stored fat and sugar from the liver and adipocytes.

This finding of increased fat oxidation (i.e., burning more fat for calories) as a result of fasted cardio has been shown in other studies. A 2015 paper in the journal EBioMedicine reported similar findings in 10 healthy young men, who demonstrated an increase in 24-hour fat oxidation (increased fat burning throughout the day) only after performing a moderate, steady-state exercise for 60 minutes prior to breakfast— not after lunch, nor after dinner. The “post-absorptive” state is a term used for the condition when the body has no calories coming in from a recent meal, and is using stored energy to provide for caloric demand. It was interesting that this finding occurred without glycogen-depleting the subjects, so it is possible that adding some carbohydrates post-workout for those who train in the evening may allow for the fat-burning effect noted in the Burke study.

However, in highly trained athletes, the fat oxidation was greatest after fasted recovery following exercise, suggesting that though fasting offers benefits, they are maximized in conditioned athletes when the muscles are glycogen depleted.

Other studies have shown that athletes who train in a “glycogen full” state habitually, or rely upon carbohydrate-laden sports drinks during exercise, “program” their physiology to be dependent upon sugar as an energy source. Consuming a sugary drink during exercise also blunts the fat oxidation (burning fat for calories) effect of training. For those seeking to trim fat, this is obviously not a benefit— so stop chugging the liquid sugar if you are trying to trim fat. Of course, as the goal of building lean muscle is also aided by maintaining glycogen stores, this “sleep low” strategy offers support for the practice of early morning, fasted, steady-state cardio that they have followed for decades.

Experienced athletes seek ways to train smarter, not harder, to achieve the optimal condition for competition. Though there is no “one-size-fits-all” program, Dr. Burke’s study demonstrates that simple changes can result in measurable differences.