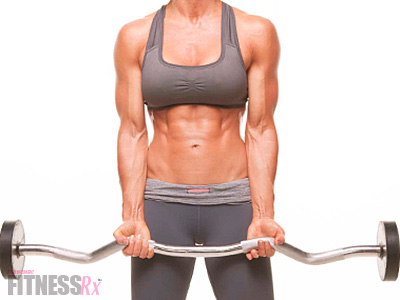 Ab fat can kill you. A large European population study published in the New England Journal of Medicine in November 2008 showed that abdominal fat was more important than total body fat for predicting the risk of death. The researchers tracked nearly 400,000 people for 10 years and examined the link between total body fat, abdominal fat and death rates from heart disease, cancer and all other causes.

The researchers measured body mass index (BMI; a measure of the proportion of height to weight), waist circumference, and waist-to-hip ratio. People with the highest waist circumference (top 25 percent) increased the risk of death during this period by 105 percent, while those with the highest waist-to-hip ratio increase their risk by 78 percent. BMI, a rough measure of obesity, was also related to an increased risk of death but it was not nearly as significant as markers of high abdominal fat.

Abdominal fat is deadly because it is easily mobilized and sent into the bloodstream where it can cause arterial disease, particularly in the coronary and carotid arteries supplying the heart and brain. Stress hormones such as norepinephrine stimulate lipolysis— the breakdown of fat into fatty acids. It works by triggering an enzyme called hormone-sensitive lipase (HSL) which causes the release of fat. HSL activity determines your capacity to lose weight and mobilize abdominal fat stores.

HSL doesn’t work well in people who carry excess fat— particularly around the middle— but it becomes activated as you lose weight. The enzyme is stimulated better in women than men, which is one reason why men have so much trouble getting rid of their ‘beer bellies.’ Women have the same problem activating fat in the lower body. Intense exercise, such as heavy weight training, increases the secretion of norepinephrine and the stimulation of HSL.

Waist size is one of the best and simplest ways to determine an increased risk of heart disease. People with much larger waist sizes are more likely to have at least one risk factor of heart disease, such as high blood pressure, high cholesterol, or diabetes, compared to people with smaller waists. Waist size is a simple and accurate measure for determining general health status and the relative risk of death. Consult your doctor to determine if your waist size puts you at risk for disease.