These days, the focus of exercise seems to be more on improving one’s physical appearance than on one’s quality of health and longevity. This is precisely why high-intensity interval training (HIIT) is a hot topic in fitness and sports training, as the research has shown that it boosts sports performance and accelerates fat loss with fewer and shorter workouts than continuous (steady-state) cardio training.

Here’s the reality: Not everyone is interested in boosting sports performance, as most working adults only play sports recreationally. And, although most people wouldn’t mind losing some extra body fat, there are many who aren’t willing to change their lifestyle and eating habits needed for fat loss, as one must regularly be in a caloric deficit (burning more calories than you consume) in order to lose fat. Many people are simply interested in exercising “just for the health of it.” And, that’s precisely who this article is for! 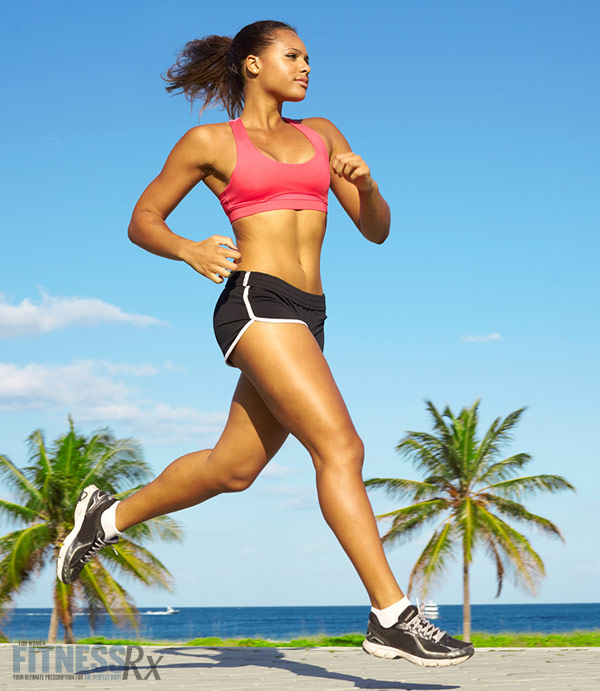 A 2014 study published in the Journal of the American College of Cardiology investigated the long-term effects of running, as a leisure-time physical activity, on mortality. The researchers in this study found that running, even five to 10 minutes a day and at slow speeds (less than 6 miles an hour) is “associated with markedly reduced risks of death from all causes and cardiovascular disease.”1

This is great news for those who may not be interested in trying high-intensity exercise or even going to a gym, for that matter. Or, for those beginners who may be looking to improve their fitness level before they join a gym, so they feel more comfortable while working out.

Extending life expectancy isn’t the only thing that should motivate sedentary individuals to begin some light running. Exercise also has more specific effects on the brain.

Scientists once thought that our brains stopped producing new cells early in life, but more recently it’s been discovered that we continue to manufacture new brain cells throughout our lives. That said, the most potent stimulant of brain growth is, you guessed it: physical exercise.

Exercise increases levels of brain-derived neurotrophic factor (BNDF).2 BDNF not only stimulates the production of new brain cells and neurons, it also promotes their survival. Exercise especially generates neurons in the hippocampus, an organ associated with memory, and these new neurons have been demonstrated to enhance learning. Additionally, exercise raises levels of neurotransmitters, dopamine and norepinephrine, which facilitate attention and concentration and help “lock in” memories when they form.2

Put simply, at all ages, moderate physical activity seems to improve learning and thinking. This was highlighted in a large, five-year study published in the Archives of Neurology, which found that physical activity in later years was associated with lower risks of cognitive impairment, Alzheimer’s disease and dementia in general.3 Another study concluded that if exercise began by early middle age, it reduced the risk of developing Alzheimer’s even further.4

In addition to the fact that some light running helps to improve alertness, thinking and memory, studies dating back to 1981 have concluded that not only can regular exercise improve mood in people with mild to moderate depression, but it also may play a supporting role in treating severe depression. Other research has even found that exercise’s effects lasted longer than those of antidepressants.5

In regard to anxiety, research has shown that physical exercise reduces anxiety in humans by causing remodeling in the brains of people who work out. This evidence suggests that active people might be less susceptible to certain undesirable aspects of stress and anxiety than those of sedentary people.6

The Downside of Light Running

As we’ve established, adding in some moderate intensity running into your lifestyle, if you’re not currently exercising, is an effective way to improve your overall health and longevity. Not to mention, it doesn’t cost you anything to do— no gym membership is required— and it’s a great way to get outside and do something active.

However, as with everything in life, there are pros and cons to light running. Since I’ve given you the pros, here are the cons: Both jogging and running can be tough on your joints because for each step you take when running, there is an impact force of about two to three times your bodyweight. The impact force results from an abrupt decrease in velocity of the foot as it contracts the ground. And, in a 30-minute run, a typical runner will have about 5,000 impacts. So the accumulation of all those impacts are likely the root of the injury problem. The impact force and the ensuing impulse wave have been identified as potential factors resulting in injuries, such as stress fractures, shin splints, cartilage breakdown, low back pain and osteoarthritis, which have been associated with these large forces and subsequent impulse wave.7

Keeping the all this information in mind, you’ll want to do just enough running to stimulate the positive health benefits while minimizing the potential drawbacks. One of the ways to do this is to understand the difference between a better bout of exercise and a longer bout of exercise.

Instead of going out and trying to jog for 30 minutes, I recommend you, instead, go out and try to run one mile in as little time as you can. Of course, when you first begin, you’ll take longer, as you will have to slow down or intersperse some walking as active recovery in between running. However, as your body adapts, you’ll eventually be able to run the entire mile, without having to take any walk breaks in between.

Once you get to that point, where you’re running the entire time, the next step in your progression is to work to beat your previous time, by running a little faster. You’ll certainly get to a point where you are unable to finish the mile time any faster. It’s at this point where you can begin to extend the distance you are running by adding another quarter mile, half mile and eventually another full mile.

That said, my recommendation is to focus more on the quality than the quantity (i.e., distance) of your running, as we are not talking about training to become a runner here; we are talking about running as a recreational exercise activity for general health benefits. So, I don’t recommend going over three miles.

Focusing on the quality of your running instead of the quantity not only helps keep your workouts shorter, but also helps keep them safer because it minimizes impact on your joints, as you’re not continually jogging for long distances

If you’re unable to get outside due to weather conditions, you can utilize a resistance band anchored at ankle level, that’s attached to a weight belt, which is around your waist. (You can purchase a weight belt and resistance bands at any sporting goods store.)

Facing away from the anchor point, position yourself so there is tension on the bands, so the bands are essentially pulling you backwards. Working against the band resistance, which creates a similar muscle activation pattern to when you are running uphill, perform what I call the “MSR” circuit. MSR stands for March, Skip, Run.

I recommend performing eight to 15 minutes total, which is eight to 15 rounds of the MSR circuit. You may not be able to do every round without stopping for a full rest or to get water, which is perfectly OK. Rest as much as you have to, and as little as you need to in order to get the job done.