While cardio workouts can improve health for everyone, some people benefit from the same type and amount of cardio training more than others. In other words, when it comes to seeing results from the same given cardio training program, science clearly shows that some people are more trainable than others based on their unique, individual genetic makeup. Some people do the workouts and get little out of it, while others put the same amount of work in on the same training program and get much more out of it.

In this article, I’m going to provide you a variety of the eye-opening scientific evidence demonstrating individual variability in genetic trainability, how people have drastically different responses (i.e., results) to the same cardio training workout programs, and discuss how to use this valuable information to find a cardio training approach that best fits your genetic makeup in order to help you get the most out of your cardio training efforts. 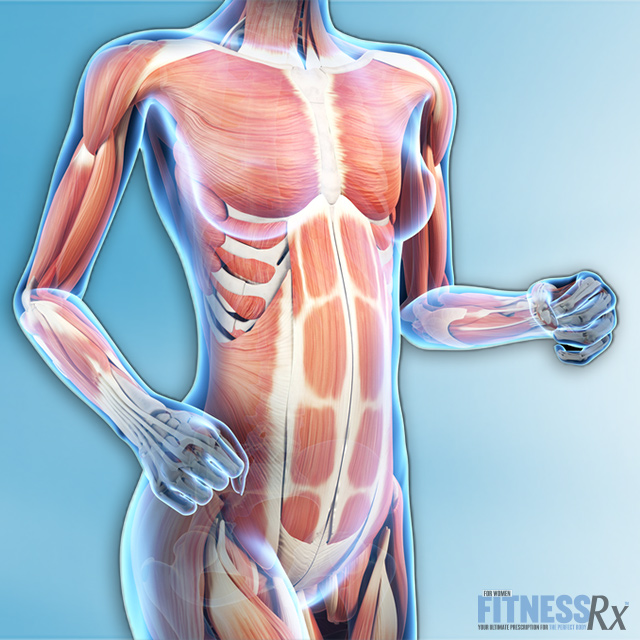 Fitness professionals along with others in the allied health community use the motto, “Exercise is medicine.” Just as differences in the human genetics can influence how well different people respond to certain medicines, our genetic differences influence the individual response to the medicine of any particular variety of fitness training. This is exactly why discussing the differences in genetic response to training outcomes (i.e., results) should not be controversial, as it is often touted to be, because it is no different than discussing the differences in genetic responses to coffee.

Put simply, science shows that by nature, humans vary considerably in both physical and mental abilities, and a good portion of that variation is due to our genes. And, we have very good evidence that familial factors also contribute significantly to variability in our training response (i.e., individual trainability).

Individual differences in training-induced changes in several physical performance and health-related fitness phenotypes are large, with the range between low and high responders reaching several folds. Some of the most thorough and high-quality evidence showing the differences in genetic responses to aerobic training comes from the HERITAGE Family Study. The HERITAGE Family Study consortium is composed of research teams from five universities in Canada and United States: Indiana University, University of Minnesota, Texas A&M University, Washington University, and the Pennington Biomedical Research Center. The HERITAGE (HEalth, RIsk factors, exercise Training And GEnetics) project began in 1992, and as of 2013 there have been 169 publications in refereed journals. So this is no small isolated project.

A 2003 study published in the International Journal of Sports Medicine— one of the many HERITAGE studies— subjected 99 two-generation families to stationary bicycle training programs to increase aerobic fitness. All the families received the same training program consisting of three workouts per week of increasing intensity for 20 weeks, and DNA was taken from all 481 participants. The scientists conducting the study wanted to know how regular exercise would alter these previously untrained individuals.

The results revealed marked inter-individual differences, like: The range in VO2 max improvement spanned from 0 to 100 percent, depending on the family heritage (VO2 max is defined as, “The highest rate of oxygen consumption attainable during maximal or exhaustive exercise.”)

Put simply, about 15 percent of participants in the study showed little to no improvement, while another 15 percent increased their VO2 max by 50 percent or more.

According to the study’s principal investigator, Claude Bouchard, in an interview with The Wall Street Journal, “The range of response to training was six to nine times larger between pairs of brothers than within pairs.”

In other words, family members generally had similar aerobic benefits from training, while variation between different families was great. Additionally, person-to-person variability in aerobic training responses has been observed not only in the HERITAGE Family Studies, but also in other studies and populations.

In his book, The Sports Gene: Inside the Science of Extraordinary Athletic Performance, David Epstein writes, “Along the improvement curve, families tended to stick together. In other words, family members generally had similar aerobic benefits from training, while variation between different families was great. Statistical analysis showed that about half of each person’s ability to improve their aerobic capacity with training was determined exclusively by their parents. The amount that any person improved in the study had nothing to do with how aerobically fit he or she was relative to others to begin with, but about half of that baseline, too, was attributable to family inheritance.”

Fortunately, as Epstein states, “Every single HERITAGE subject experienced health benefits from exercise. Even those who did not improve at all in aerobic capacity improved in some other health parameter, like blood pressure, cholesterol, or insulin sensitivity.”

In other words, although some people didn’t respond as much on the aerobic side of things, they did improve on other health parameters.

Sure, the more dedicated you are to your training, the more likely you are to get a positive response. It’s the law of averages; put more in, get more out. But, we must not ignore the fact that some people are low responders to certain cardio exercise programs, whereas others are high responders, as the previously mentioned research evidence clearly demonstrates. So, if you’re a low responder, it’s likely that you’ll still get less results than your peers who are following the same program.

Now, just because your body may be a low responder in one form of cardio exercise, it doesn’t in any way mean you’ll be a low responder in all other forms of cardio exercise. Quite the opposite, in fact. For instance, if you find that you’re not a good genetic fit for running, you may be a better genetically equipped for different cardio activity; your genetic alphabet soup may spell “sprinter” or “rower” or “kickboxer” instead.

So the takeaway here is that 1) there is no one-size-fits-all training plan and 2) you shouldn’t look at every situation where results aren’t coming (while others doing the same program are seeing results) and automatically think it’s a case of “not training hard enough.”

Put simply, if you suspect that you aren’t responding as well to particular cardio training stimulus, rather than give it up, or push yourself beyond your capacity— which often leads to overtraining and injury— simply try a different form of cardio.

Now that you understand that as important as it is to “train hard,” hard work isn’t everything; it’s your individual response to it. Here’s a list of my top three cardio/conditioning training methods to try if your current, standard gym-based cardio training (i.e., elliptical training, treadmill, bike) doesn’t seem to be creating the response you’re looking for:

Boxing or Kickboxing: Put on a pair of boxing gloves and find a heavy bag. Hit the heavy bag using the two, three and four strike (i.e., punches, kicks or knees) combinations for rounds of two to three minutes in length. Rest 60 seconds between rounds. Perform five to 10 rounds in a given workout.

Hill sprints: Find a fairly steep hill that’s at least 25 yards long. If you’re lucky, you’ll find one about 50 yards long. Run up the hill and walk down it as many times as you can in eight to 15 minutes. In each consecutive workout, try to either perform more reps (trips up the hill) or simply lengthen the time. You can also wear a weighted vest (as long as it’s snug) and keep adding weight to the vest each workout. Note: I recommend walking back down the hill and NOT running down it.

Run Stairs: Find a stadium or local high-rise building and hit the steps. If you’ve never done this, it’s a very humbling experience. You’ll find that your legs get even more smoked from going back down the stairs to start your next climb than they do sprinting up them. Run up the stairs and walk down it as many times as you can in 12 to 15 minutes.

One side “benefit” from stairs running is having to think and use your balance and athleticism to not trip and fall on your face.

There are three primary ways you can do stair workouts:
• Skip every other step (take two steps at a time with every stride. Two strides covers four steps).
• Same as above, but also use your arms to pull yourself up on the side railings. This only works if you have a railing on both sides of stairs that isn’t too wide for you to hold onto.
• Touch every step and pick a specific leg to lead with every step. Then, change lead legs with each new flight of stairs. If it’s one long set of steps, change lead legs every 20-50 steps.

Nick Tumminello is the owner of Performance University in Fort Lauderdale, Florida. He’s also the author of the new book Strength Training for Fat Loss and the DVD by the same name. For More information visit www.NickTumminello.com.