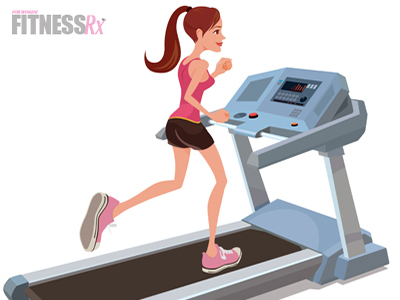 Have you bought into the story line that a moderate-to-low intensity workout approach is best for burning off body fat? Many people feature a low or moderate intensity workout to target body fat. There is no doubt that lower intensity workouts burn body fat. As personal trainer Peter Neilsen points out, “To facilitate the loss of body fat, your exercise program must be geared differently. The body uses blood sugar and stored sugar in the form of glycogen in the skeletal muscles and liver as fuel for the first 20 minutes of activity. After that, the body switches to body fat stores as the preferred fuel source.”

To reach the body fat stores, people aim at a longer workout. To do so requires moderate or low intensity. In fact, Certified Strength and Conditioning Specialist Joe McAuliffe points out, “It is well known that fat makes its greatest contribution (as a fuel source) during low-to-moderate intensity exercise.”  And exercise science expert James Kriger notes that “as exercise intensity increases, the proportion of fat utilized as an energy substrate decreases, while the proportion of carbohydrates utilized increases.” The higher the intensity level of the exercise, the higher the percentage of carbs your body burns to fuel the exercise, and the lower the percentage of body fat that is involved.

From this you would tend to think that your goal should be to perform exercises that are low to moderate in intensity and last a long time in order to target body fat. Why, then, does Stephen Holt, five-time Personal Trainer of the Year nominee, state, “I’ve been telling my clients forever that long, slow distance (LSD) aerobic training is greatly overrated for burning fat.”? It turns out there is more to the exercise and fat loss issue than just the percentage of fat being burned in exercise. 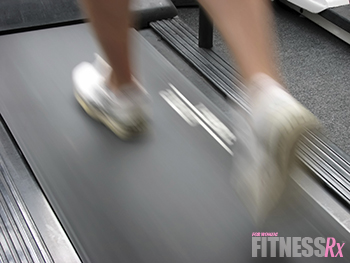 When using exercise as a tool for fat loss, the big picture is more revealing than the various components. McAuliffe reveals that “although a greater percentage of fat may be burned with low-intensity exercise, the total amount of fat burned is actually greater with high-intensity exercise because the total energy expenditure is higher during intense activity.”  Personal trainer Julie King, senior manager at Life Fitness, concurs, stating, “People sometimes mistakenly think they should keep their heart rate at the lower end (60-70 percent) of the MHR [maximum heart rate] to optimize fat loss, and that leads them to do low-intensity workouts… A higher intensity workout burns more calories overall than a lower calorie session.”

The calorie deficit created from exercise is the important issue in the fat loss process. Many individuals have confused the proportion of fat used as fuel with the more important rate of fuel utilization, which is a key concept in exercise-induced body fat loss, notes McAuliffe. The total amount of fat burned in a high-intensity exercise is more than that which is burned in a low-intensity exercise, and that is the central factor in body fat loss in concert with exercise.

Another consideration in the high-intensity equation is the fact that the loss of calories attributed to glycogen stores (carbs) during the high intensity workout would have been used for exercise or stored as body fat (the two paths taken by carbs in the body). In either case, their use in a high-intensity workout forces the body to turn to fat as a fuel source later in the day. With glycogen levels reduced, the body turns to its fat stores and burns them off.

Yet another factor involved with high-intensity exercise is that it creates a longer post-workout fat burning reaction in the metabolism. Krieger notes that “a large body of evidence shows that high-intensity protocols, notably intermittent protocols, result in a significantly greater post-exercise energy expenditure and fat utilization than low- or moderate-intensity protocols.” The more intense your workout, the longer you will burn off fat after the workout is completed.

The benefits of high-intensity training as a fat loss tool are substantial.  So, how do you go about putting a high intensity workout into play? One of the best vehicles to use is interval training. Consider the earlier statement: “A large body of evidence shows that high-intensity protocols, notably intermittent protocols, result in a significantly greater post-exercise energy expenditure and fat utilization than low- or moderate-intensity protocols.” The intermittent protocol is the interval. Christian Finn, M.Sc., points out, “Several studies have compared interval training to more traditional forms of continuous aerobic exercise, with the majority pointing the way to interval exercise as a superior way to lose weight.”  Interval training is the elite way to use high intensity training, providing superior weight loss.

What is interval training? It’s a repetition of high intensity followed by a period of low intensity or rest. The high intensity is alternated with the low-intensity period— back and forth for several cycles. The intervals between high intensity exercise can vary. For the best fat loss results, the down time interval can run from 15 seconds to two minutes. Longer rest periods, those lasting more than three minutes, do not allow the body to fully realize the benefits of the high-intensity training geared toward fat loss. So focus on intervals that run from the 15-second to two-minute range. The more conditioned you are, the shorter an interval you can use. Aim at gradually working down to shorter and shorter intervals. Finn notes that shorter intervals between periods of high- intensity exercise bring about a higher calorie burn rate (including calories from fat sources). However, if you are new to interval training, he suggests using 45-second intervals.

What exercises work best with interval training? Most exercises can be employed with a high-intensity work session followed by a low-intensity or rest interval. However, sprinting is definitely the number one tool, closely followed by weightlifting. The best high-intensity exercises are those which can be employed in an explosive fashion. Interval exercise can also be performed on a treadmill, which can be particularly handy in winter when snow covers the local track.

As its name implies, high-intensity training is intense on the body. You will want to start off with just one workout per week, perhaps substituting it for a workout you previously devoted to a longer aerobic session. In this initial phase, give yourself plenty of recuperation time between workouts. Once you get into the swing of the high intensity workouts, consider moving up to five to seven 60-minute sessions a week.

Marcus Elliot, “How to Increase Your Supply of Growth Hormone”