I am about 4.5 weeks out from the Bikini Olympia held in Las Vegas, NV! I can honestly say this is the most fun I’ve had with my contest prep so far. I have spent the majority of my contest prep out here on the West Coast. A change of scenery was just what I needed to kick-start my motivation.

For those of you who do not know, I was born and raised in Ohio. I have been working out at the same gym for more than four years now (shout out to Summer’s Fitness in North Canton, Ohio!). Up until this year, I stayed home to prep for my upcoming contests. I felt that this was my safest bet to stay focused and locked down on the diet and exercise. But, sometimes when we get in the routine of doing the same thing over and over, it can get boring and we lose motivation and drive. I was starting to feel like my prep was getting too repetitive! 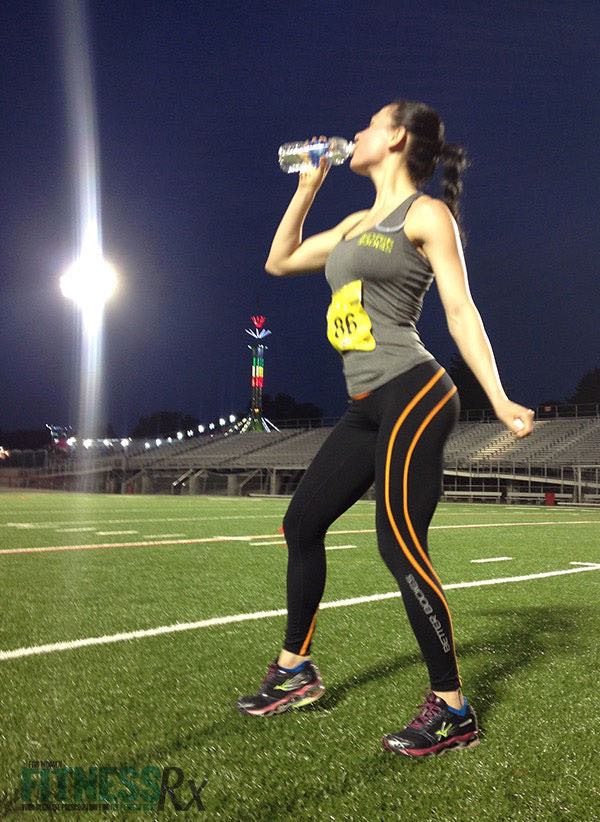 What really opened my eyes this year was all of the traveling that I had done. I was traveling every week after the Arnold Classic in March! I traveled all over the world making appearances and conducting Bikini seminars. I discovered that it is possible to get in a good workout and stay on track while dieting. Not only did I discover that I stayed on track with my prep, but I was making even better food choices. I think this had to do with a bad habit of mine— boredom eating. 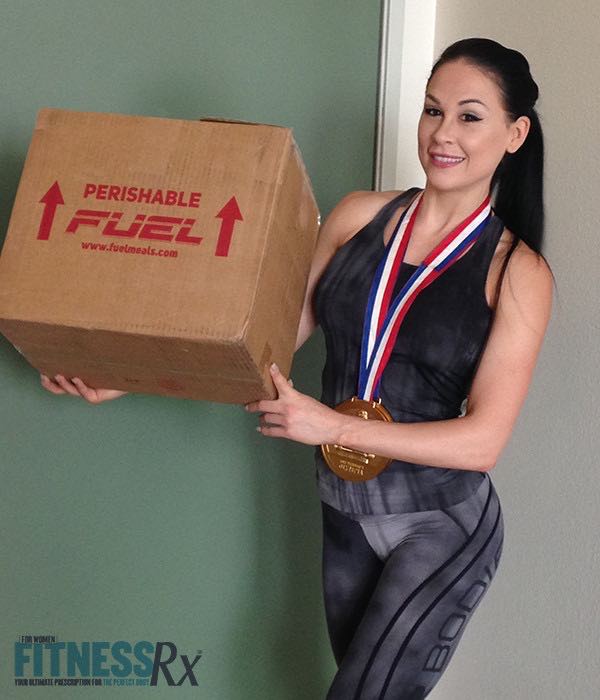 Yes, it’s true— I am a sneaky snacker sometimes! When I am at home and I am bored, I tend to snack on food just because it keeps me occupied. I had identified this as a pesky little flaw of mine. When I am busy traveling on the road, however, I am much less likely to be bored and I am usually busy. What also helped was that I bring only the foods that I need. I also had the help of FuelMeals.com to prep my foods for me and deliver them to wherever I was traveling to that week (within the USA). I also allowed myself to have one cheat meal per week to keep myself sane. 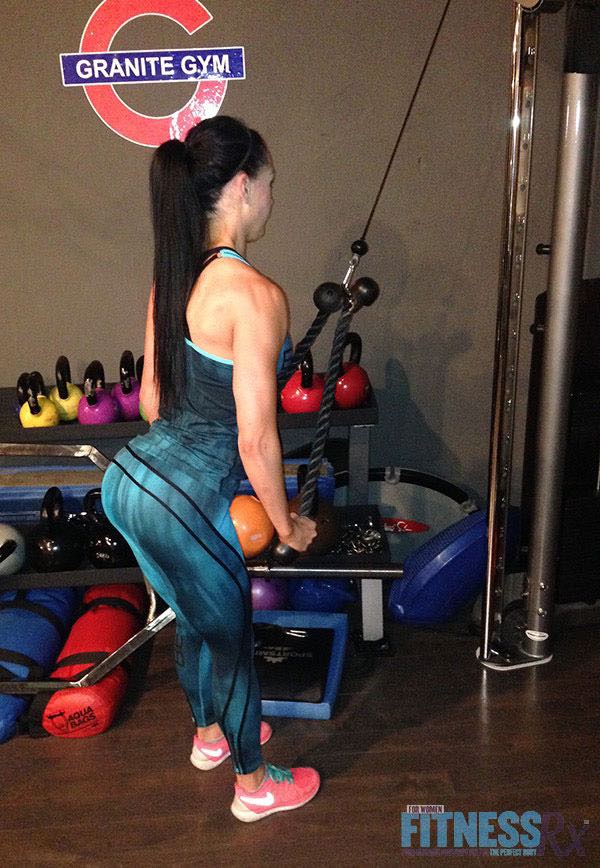 I made working out a priority, and made sure to reserve time to get in a decent workout! Each training session out here was enjoyable and refreshing. I even got to train with some of my Cali friends who I rarely see, too! I learned new techniques, tips and styles of training. I really switched it up! 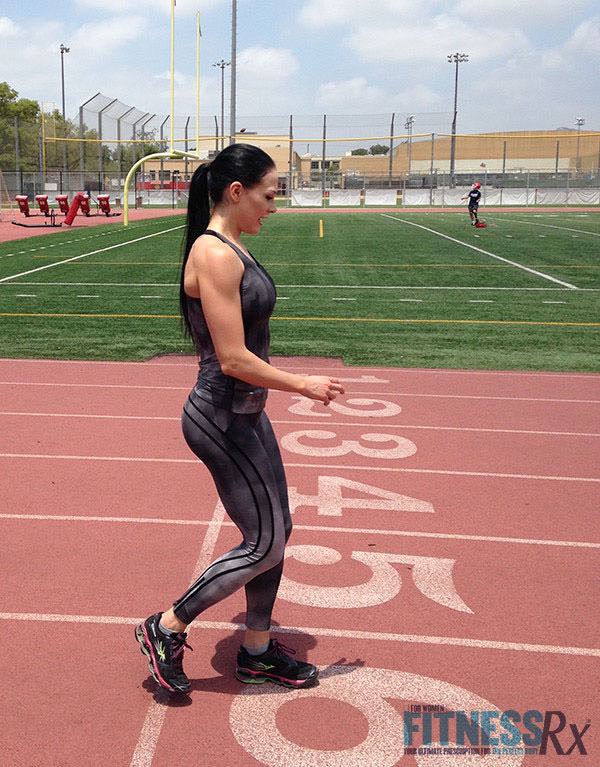 I hiked the mountains for cardio; I ran the track for HIIT. I even participated in a few 5K races out here. In general, I trained outside a lot more frequently. It was nice to get a little bit of California sunshine and fresh air. I went to several different gyms and got to experience different workout equipment. 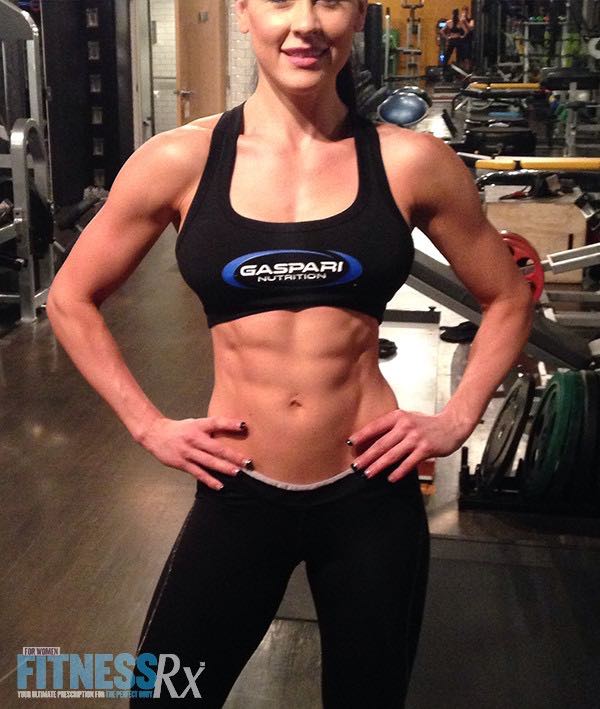 So here I am, writing this blog the night before I depart back to Ohio for my final month of contest prep heading into the Olympia. I have several commitments on the East Coast in these next few weeks, so it only makes sense to head back to the place that I call home— although Ohio seems like just my storage unit these days with all of this travel. I wouldn’t have it another way! I love life on the road and living out of a suitcase.

I wouldn’t trade this contest prep for anything in the world. I am so mentally and physically refreshed. I took a risk training out here for two-thirds of my prep, but I think it paid off. I am feeling and looking better than I ever have at four weeks out! Thank you everyone for your continued support.

See you in Vegas!