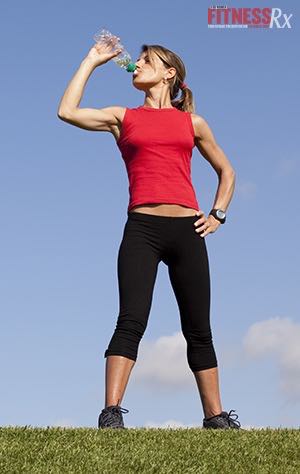 Recently, Carnitine has become the go-to, stimulant free fat burner and energizing supplement, making an appearance in everything from pre-workout products to weight loss pills. But is it justified? Is the popularity of this ingredient matched by solid research? Keep reading to find out everything you need to know about Carnitine and see if this supplement should be a part of your regimen.

Carnitine can be biosynthesized in the body by two amino acids, lysine and methionine. Carnitine plays an important role in the transport of fatty acids in the mitochondria – our powerhouse cells, where they can be broken down into lipids or fats for the generation of energy to fuel metabolic processes in the body.

What does Carnitine do?

Fat is stored as fatty acids, which are chains of carbon atoms connected together with varying degrees of bonds and chain length. Carnitine transports these long-chain acyl groups from fatty acids into the mitochondrial matrix where they can go through oxidation to acetyl CoA, which is in turn used in the Citric Acid Cycle to generate energy or ATP. This process drives the energy that fuels workouts and our performance.

What is the benefit of using Carnitine?

As a supplement, Carnitine can help preserve lean muscle tissue by switching the body to utilize more fat for fuel, while decreasing carbohydrate utilization, this can help with endurance during workouts or cardio training. Carnitine supplementation can help increase energy levels, endurance levels, and help improve performance.

In another study, it was reported that healthy subjects who supplemented with 2 g of Carnitine per day for 3-weeks showed significantly less accumulation of markers of post-exercise stress including a decrease in free radicals, less tissue damage and less muscle soreness after moderate intensity squat exercises. In a follow-up study that included a resistance exercise protocol, it was found that subjects who ingested 1 g of L-Carnitine per day for three weeks prior to the exercise had similar reduction in the markers of stress after resistance exercise, as well as the level of muscle soreness as those supplementing with 2 g of L-Carnitine per day. 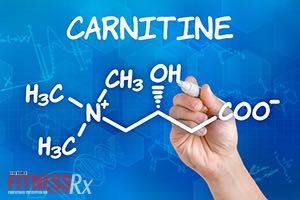 When it comes to weight loss, Carnitine has not been shown to cause weight loss in humans, but it has been shown to help assist the fat burning effects of other weight loss supplements. In one study, a group of overweight individuals were given 3 doses per day of 120 mg of the prescription drug Orlistat for a year, while the other half were given Orlistat plus 2 g per day of L-Carnitine. At the end of the year long study, the Orlistat group lost 9.5 kg, where as the group who received the combination lost 11.3 kg. Other measures of health also improved such as insulin resistance markers and inflammatory process markers in the combination therapy group.

One 12-week study showed the combination of Carnitine, Omega-3s and Polyphenols lowered blood lipid levels and resulted in better cellular energy production. Researchers found that triglycerides were lowered by 24% and free fatty acids decreased by 29%, compared to placebo that had no change.

Where can I find Carnitine?

Carnitine can be found in red meat and dairy foods, but also in lower levels in many foods such as nuts and seeds, legumes, some fruit such bananas and vegetables including asparagus, broccoli, avocado, collard greens and kale. One 4 oz piece of steak provides 95 mg, while 4 oz of chicken breast provides just 4 mg.

In addition to food sources of Carnitine, it can also be found in supplements such as pre-workouts and fat burners or purchased as a single ingredient. Typically Carnitine is sold in one of two forms – Acetyl-L-Carnitine or L-Carnitine-L-Tartrate. Doses range from 500 mg to upwards of a few grams per serving dependent on the product. (Gaspari Nutrition just released a powder form of the supplement that tastes great and it sweetened with Stevia.)

When should I take Carnitine?

Since Carnitine can help preserve muscle tissue, reduce exercise fatigue, improve workout performance and switch the body to use more fat for fuel while also preserving muscle glycogen, it is best used before weight training or cardiovascular workouts to enhance endurance and natural energy levels. However, it could also be used throughout the day to assist in fat utilization during dieting.