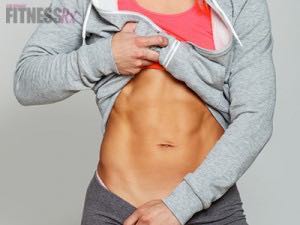 At one time there were only a few options and most were stimulants, but nowadays there are both stimulant and non-stimulant supplements for fat burning that can help you with your goals, and plenty that have research to support their effectiveness! Here are three of my favorite categories of fat-burning supplements and a few worth trying.

Thermogenic fat-burning supplements increase your body’s thermogenesis or core body temperature. This means they elevate energy expenditure or the amount of calories your body is burning in a 24-hour period. Thermogenic supplements can do this by increasing the release of norepinephrine— the body’s key fat-burning hormone. They can even increase the time norepinephrine remains active in the body allowing for fat burning to occur for longer periods of time.

• Green Tea: Green tea contains high concentrations of epigallocatechin gallate (EGCG), which is primarily responsible for the tea’s thermogenic effects. It induces thermogenesis through at least two mechanisms: by increasing the amount of fat used as energy during exercise and post-exercise conditions, and by inhibiting the re-uptake of norepinephrine by blocking the COMT enzyme. Norepinephrine is a key compound involved in fat burning, metabolic regulation and appetite control. Green tea combined with caffeine, has been clinically shown to deliver even greater benefits when it comes to weight loss and fat burning. Caffeine not only provides energy, it also blocks another enzyme involved in degradation of norepinephrine— cAMP. Blocking this enzyme also allows the fat-burning mechanism to remain active for longer!

Dosage: 250 to 500 mg of extract containing at least 50 percent EGCG, taken three times per day. For maximum benefit, combine with 100 to 200 mg of caffeine.

• Capsaicin: Capsaicin isolated from hot chili peppers can increase the release of fat-burning norepinephrine. It can also increase fat mobilization, allowing for fuel to be used by the body. It can also have an appetite-reducing effect.

• Raspberry Ketone: Raspberry ketone is a natural phenolic compound isolated from red raspberries, but eating red raspberries will not give you enough of this fat-burning compound to cause an effect. Raspberry ketone has also been shown to increase norepinephrine and turn on lipolysis, which is the process by which the body breaks down fat. It also can suppress the enzyme lipase, which is essential to break down fat in the diet. Instead of being stored as fat it is instead bypassed by the body!

Appetite-suppressing fat-burning supplements can work by a few mechanisms. They can release and increase the availability of key neurotransmitters involved in appetite regulation, reducing cravings and helping maintain blood glucose levels. Other appetite-suppressing fat-burners work by providing a bulking agent that is usually soluble or insoluble fiber that swells in the gut, slowing digestion rate and keeping energy and blood glucose levels stable.

• 5-Hydroxytryptophan: 5-HTP is an amino acid that passes the blood brain barrier and converts to serotonin in the central nervous system. Serotonin is a primary neurotransmitter involved in control of mood, sleep, motivation and appetite. Taking 5-HTP has been shown to decrease appetite, enhance mood and promote deep sleep through its positive impact on serotonin levels. 5-HTP is an ideal supplement for those who are on low-carbohydrate diets, as serotonin levels tend to dip during restrictive dieting.

• Glucomannan: Glucomannan is a soluble fiber made from the konjac root. Glucomannan is a bulking agent that expands and congeals in the intestinal tract. This expansion of glucomannan promotes the feeling of fullness, and provides a sustained release of energy. This action stabilizes blood glucose levels and reduces appetite between meals. It can also promote healthy cholesterol levels, similar to other fibers like Beta-Glucan from oatmeal.

• Garcinia Cambogia: This small tropical sweet fruit provides the active ingredient hydroxycitric acid or HCA. This compound has been shown to help reduce appetite by boosting levels of serotonin. It also supports fat burning by preventing the ATP-citrate lyase enzyme from enabling the production of fat for storage. The result is less fat accumulation or bodyweight gain, particularly when excess calories are consumed.

Energizing fat burners help increase the breakdown of fat via lipolysis, allowing for the availability of more energy during workouts and greater caloric burning. This also results in preservation of lean muscle tissue, as the body switches from burning protein or carbs to burning fat as fuel.

• Acetyl-L-Carnitine: Acetyl-L-carnitine is the acetyl ester of L-carnitine. Supplementation is popular among individuals looking for a non-stimulating fat-burner alternative. L-carnitine increases available carnitine in the body. Carnitine plays a primary role in moving fat from storage over to the mitochondria— or powerhouse of our cells where the body can use fat as fuel! This results in greater lipolysis or fat burning, while decreasing protein catabolism and carbohydrate utilization. This non-stimulating supplement can also result in greater amounts of fat being used as fuel during workouts. Carnitine is often popular among endurance athletes, who need endurance for long workouts!

Dosage: 1 to 2 grams, taken with breakfast, before and after workouts.

• Caffeine: This popular supplement can be found in everything from fat-burners to pre-workouts— and for good reason! Caffeine increases the mobilization of fat cells for use as fuel, and can also increase the effectiveness of other stimulant-based supplements by blocking a key enzyme, cAMP, which is involved in degradation, allowing them to stay active for longer periods of time. Not only do you get prolonged energy, you also get increased fat burning.