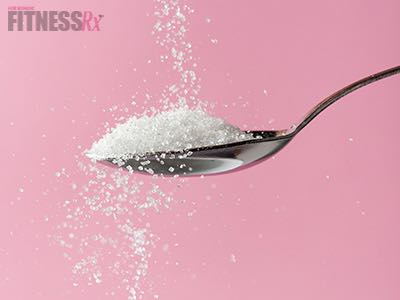 One of the hardest things about being on a diet can be battling cravings for sweet foods. If you have ever tried low carbohydrate dieting, you may have noticed that your cravings for sugar can become overwhelming, especially in the beginning.

Sugar has been found to have addictive properties similar to some drugs! The best way to combat a sugar craving is to stay away from it. Giving in and having sugar may quiet the craving for a bit, but once you initiated the blood sugar rollercoaster, you will crave it all day.

The good news is that there are many great natural supplements on the market that can help you battle a craving, promote normal appetite levels and support your weight loss goals. Many of these natural appetite suppressants can be found in weight loss products or as single ingredients that can be stacked together.

Gymnema Sylvestre
This herb, native to India and Sri Lanka, contains gymnemic acids that can delay absorption of glucose in the blood. The structure of gymnemic acid is similar to that of glucose molecules, which can fill the receptor locations on taste buds and in the intestine, blocking the sensation of sweet, but also the absorption of glucose! The result of supplementation is less sugar cravings and lower blood glucose levels. It is also possible that Gymnema exerts its hypoglycemic effect by increasing the secretion of insulin, increasing utilization of glucose and preventing glucose absorption from the intestine. Gymnema can be found in teas, gums and various weight loss support products.

5-HTP
Isolated from Griffonia Simplicifolia, 5-HTP, or 5-hydroxytryptophan, is a direct precursor to the neurotransmitter tryptophan. Tryptophan has a direct effect on serotonin levels and can affect mood as well as appetite. It has been shown in various studies that supplementing with 5-HTP can cause decreased hunger, decreased food intake and weight loss in obese subjects. What’s more, it also causes a reduction in carbohydrate intake and a consistent presence of early satiety. Clinically, doses of 750 mg taken once per day have been shown to be an effective dose. 5-HTP is sold as 50 and 100 mg doses and can also be found in other weight loss products.

Carralluma Fimbriata
This edible cactus has been traditionally used by tribal Indians to reduce hunger and enhance endurance. The effect Carralluma was evaluated in overweight individuals by providing them with 1 g of Carralluma extract per day for 60 days. Carralluma extract was found to suppress appetite and reduce waist circumference when compared to placebo over a 2-month period.

Magnolia Officinalis Bark and Phellondendron Amurense Bark
This proprietary blend has been shown to reduce cortisol. If you are wondering how that relates to hunger, people who are highly stressed tend to eat more than those who are not. When supplementing with these two ingredients, subjects were found to be better in control of their mood and stress-related eating habits!

Garcinia Cambogia Extract
The fruit Garcinia contains hydroxycitric acid, which has been shown to be very effective for weight management but also for curbing appetite and body fat metabolism. One way this unique acid works is by stimulating the release and availability of 5-hydroxytryptamine or serotonin, which is highly involved in the regulation of eating behavior and appetite control.

Chromium Picolinate
This mineral has been shown to improve mood, help suppress appetite, reduce carbohydrate cravings and help regulate blood glucose levels. Chromium can act as an insulin mimicker, helping to clear the blood of glucose. A dose of 600 mcg to 1000 mcg per day may be beneficial to help reduce appetite and carbohydrate cravings.