Every night, as I lay my head to sleep, my thoughts fill with melatonin… well, not really. Actually, melatonin does fill my brain, heart, muscles and nearly every organ and gland as the lights go down. Most people are familiar with melatonin as a sleep aid, perhaps unaware it is a hormone produced naturally in the body in a curious tissue bundle called the pineal gland. This gland is called the “third eye” by some, especially those interested in mystical religions or evolutionary biology.

The pineal gland rests on the midbrain, a primitive region of the brain that regulates vegetative functions— those that maintain life and function without being consciously controlled. In other words, the things we don’t think about. The primary function of the pineal gland is to produce and secrete melatonin, which is most commonly known for being a sleep regulator. In lower life forms, the pineal gland directly senses changes between light and dark (day and night); for mammals, the skull prevents direct light exposure. Nonetheless, the pineal senses the light and dark cycle (day and night) from the input received through the eyes. This is important to consider in relation to the effect of artificial light (e.g., light bulbs, television screens, computer monitors) on endogenous melatonin production. In other words, late nights in bright rooms or planted in front of the TV messes up the pineal gland; this results in abnormal melatonin cycles that have unhealthy effects on the whole body.

One of the modern epidemics striking America is called the metabolic syndrome. This includes a group of related health conditions that increase the risk of serious illness or early death, namely: abdominal obesity; high triglycerides in the blood; low HDL (good) cholesterol; insulin resistance; high blood pressure; and in some definitions, protein in the urine. There has been discussion on including measures of inflammation, namely C-reactive protein, in the diagnosis of metabolic syndrome.

Melatonin’s role in the metabolism in general, and weight management more specifically, has only recently been explored. However, as might be expected given the hormone’s central role in the most basic physiologic functions, it is clear that when the pineal gland is malfunctioning, it affects whole-body health negatively. Greater public notice and research has linked sleep deprivation, shift work, disrupted sleep (e.g., sleep apnea) to obesity and metabolic disturbances.

The molecule melatonin is formed from the amino acid tryptophan through a series of enzymatic reactions. Once released, melatonin has three general functions— it can act as a potent antioxidant, a hormone that stimulates membrane-bound receptors, and possibly a hormone that can activate receptors that turn on/off genes in the DNA strands in a cell’s nucleus. This last point remains controversial and its research is still in its infancy, so it will not be discussed at this time. 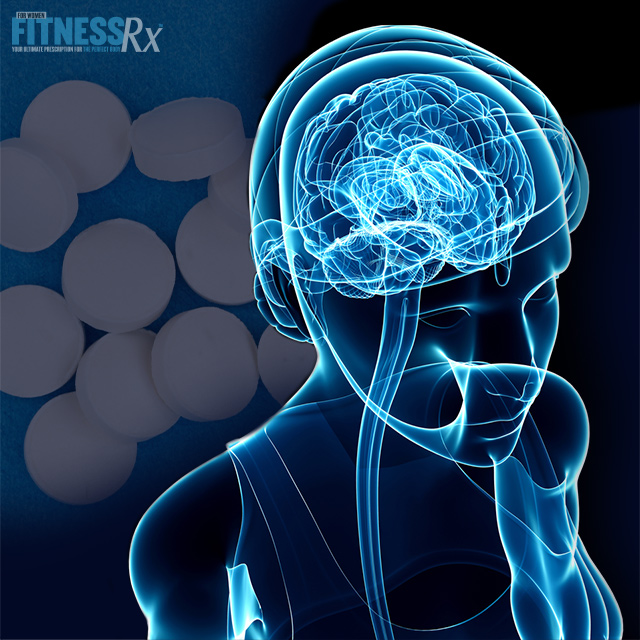 As mentioned earlier, inflammation is an element common to metabolic syndrome. Inflammation is a necessary response to acute (short-term) events in the body. In fact, it is even part of lean muscle growth, as certain of the signaling molecules are generated by exercised muscle cells and necessary for the muscle to respond to training (increase in size and strength). However, inflammation must be controlled and minimized over the long term or else catabolic effects ensue. Simply stated, long-term inflammation can chew up and destroy important molecules in the cells. Interestingly, obesity is often referred to as a state of chronic inflammation. Melatonin is one of the more potent antioxidant molecules produced in the body, or consumed in the diet. Tart cherries are relatively high in melatonin. Melatonin concentration is inversely associated with a central marker of inflammation called TNF-alpha. This means as melatonin falls, TNF-alpha rises and vice versa. It is possible that melatonin’s ability to combat inflammation and oxidative damage may provide performance improvement, or at least protect against the detrimental response to overtraining/overreaching.

A key common feature athletes who are clearly overtrained— those who see worsened performance or strength measures— is disrupted sleep. A recent study investigated the effect of melatonin (6 mg given 30 minutes prior) on exercise in athletes showed that supplementation pre-exercise reduced free radical damage, increased antioxidant protection, and increased immunity via an increase in IgA. No significant effect on endocrine hormones or metabolic response was noted. It would be an interesting experiment to see if pre-workout melatonin affected power-related functions, testosterone and growth hormone response, and alertness when provided prior to a power workout; the above study was a high-intensity, aerobic-based session. Additionally, a rise in cortisol, the catabolic stress hormone, is also frequently present in overtrained individuals. Cortisol is another hormone that suppresses inflammation. In addition to suppressing inflammation, elevated cortisol concentrations in the brain also cause irritability and mood disturbances. Melatonin aids in suppressing excess cortisol as well, interfering with cortisol production through two mechanisms: reducing the response of the adrenal gland to ACTH (the stimulating hormone for that gland); and suppressing 3HSD, and other enzymes in the cortisol producing pathway. This is a nice segue to the next point.

Melatonin obviously affects the brain, aiding in sleep onset. However, the receptors for melatonin are present throughout the body. An excellent review published in the journal Molecular and Cellular Endocrinology reported on the role of melatonin in a diverse number of tissues.

Melatonin has a clearly suppressive effect on the reproductive hormones, namely LH, FSH and GnRH. These hormones are released from the pituitary (LH, FSH) and hypothalamus (GnRH), signaling for testosterone and sperm production in men. As melatonin is highest during sleep, this accounts for the natural low in testosterone being during the night, peaking as melatonin drops off in the morning; cortisol follows a similar pattern. For the purposes of weight loss, one might consider dosing with melatonin first thing in the morning to suppress the cortisol rise. Athletes will have to weigh the benefits against the possible suppression of testosterone.

The actions of melatonin strongly support normal weight management in rat studies, reducing weight gain, as well as restoring insulin sensitivity and other metabolic functions negatively affected by obesity. In addition to re-setting the metabolism to combat the physiologic insult of overeating, melatonin also directly limits the growth of fat cells in vitro (i.e., in test tube studies). Contrary to its inhibiting effects on “fat” (white adipose tissue), brown fat is stimulated by melatonin, which increases calorie burning for heat production. Again, a wonderful review of melatonin’s protective actions against obesity and the metabolic syndrome has been published this year in the journal Acta Physiologica, detailing melatonin’s actions on a number of obesity-related conditions and measures.

There is a growing body of evidence showing that melatonin could have real, practical and substantial benefits in reducing weight in the obese. However, the question many readers may have is can it help drop body fat to single digit percentages? It is unlikely melatonin will aid in this. In reviewing the effects of melatonin, including animal studies, it appears that melatonin is effective in restoring normal function to the tissues affected negatively by obesity and overeating. However, healthy, active, normal-weight individuals typically do not suffer from leptin insensitivity, insulin resistance, chronic inflammation, etc.

In terms of fat loss and weight management, melatonin is an inexpensive and safe supplement to consider for the obese. It is shown to correct many of the abnormalities noted that impair the health and even threaten the lives of the obese. Further, as it may aid in restoring normal sleep patterns, any benefits or corrections seen with improved sleep quality or duration might be realized as well. Many athletes suffer from overtraining, and melatonin’s antioxidant properties offer some promise. Add to that the immune benefits and cortisol suppression, as well as reduced inflammation. This could be a nice therapeutic option if research in humans supports the findings from animal studies.

There is little human research on the performance effects of melatonin supplementation. However, earlier research has shown that brain wave changes occur that are associated with lower levels of alertness. This could make many forms of exercise unsafe, or reduce mental drive in the gym. This is an evolving area of research, and it will be exciting to watch the developments. Likely, they will occur in clinical testing of analog drugs that act at the melatonin receptor, as there would be little profit to be realized from ascertaining the benefits of melatonin.