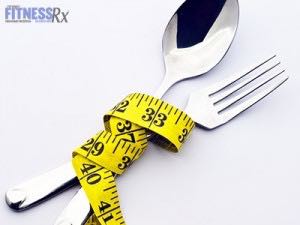 In last week’s post, I discussed the differences between appetite and hunger and the direct effect certain hormones can have on sugar cravings and ravenous hunger. Getting control of our blood glucose, the hormones that control glucose metabolism as well as our emotional state can have a direct impact on hunger and satiety—not to mention keep us in a happy dieting mindset. As discussed last week, eating the right foods can help, but if you are still feeling peckish between meals and are looking for additional help, here are six supplements to get that appetite and those cravings under control.

This climbing shrub is found native to the tropical forests of India and Sri Lanka and has been traditionally used to help reduce appetite when chewing on the leaves. Gymnema’s active components are the glycosides known as gymnemic acids. These glycosides block receptors on the tongue associated with sweet, therefore reducing sugar cravings. This effect has been shown to last upwards of two hours!

Gymnemic acid extracts have also been shown to reduce the transport and absorption of glucose from the intestines to the bloodstream, therefore lowering blood glucose and also glycosylated hemoglobin levels. Gymnema has also been shown to help increase the amount of insulin in the body and to help regenerate beta cells in the pancreas, where insulin is produced. You can find Gymnema on it’s own sold as a supplement, combined with other appetite suppressants or even within tea or gum to help reduce hunger between meals.

This powerful plant compound from Rhizoma Coptidis has traditional roots in Chinese and Ayurvedic medicine for treating blood glucose and heart conditions. One clinical trial showed that Berberine extract was just as effective as prescription medication for regulating glucose metabolism. Berberine has been shown to be effective for improving fat metabolism, reducing bad cholesterol levels (LDL), as well as lowering body weight and abdominal body fat. Berberine’s action appears to be related to its ability to activate AMP-activated protein kinase or AMPK, which is a key energy-signaling pathway in cells that acts as a fuel gauge by monitoring cellular energy levels. Activation of this pathway results in increased insulin sensitivity and decreased mitochondrial energy processes, therefore, reducing the pathways that increase blood glucose and fatty lipids.

Berberine also acts as an effective inhibitor of glucosidase, the key enzyme responsible for breaking down carbohydrates into monosaccharides. Blocking this enzyme in the gut reduces the amount of carbohydrates that get absorbed. Berberine can be purchased as Berberine hydrochloride or Berberine sulfate, sold on its own or as part of an effective carbohydrate blocking and appetite-suppressing supplement.

This edible succulent cactus plant from India has been traditionally used to help ward off hunger. In one study, those receiving 1g of Caralluma extract per day for 60 days following a set diet and exercise protocol experienced significant decreases in waist circumference and hunger levels. In a 12-week study, participants who received 500 mg of Caralluma extract twice daily experienced decreases in waist circumference of 6.5 cm versus 2.8 cm loss in the placebo group. They also experienced a significant reduction in body weight, BMI, hip circumference and a significant decline in appetite.

Extracts of the leaves of this large tree native to India and Sri Lanka have been shown to have an effect on glucose absorption, decreasing absorption from the intestinal tract. This results in less blood glucose in the bloodstream and a decrease in insulin release. The active components of the Pterocarpus are the benzofuranone, pterosupin, and epicatechin, which appear to increase insulin secretion and help restore beta-cell function of the pancreas. Standardized extracts of Pterocarpus were found to help reduce blood glucose levels in 72% of type 2 diabetic patients receiving 3 g of Pterocarpus daily, in a double blind clinical trial. Ptercocarpus can be found in Glucose Disposal supplements, or purchased on its own.

Glucomannan, also known as Konjac root indigenous to Asia, is a soluble fiber that swells in the gut when consumed. This fiber is a polysaccharide composed of mannose and glucose linked with glycosidic bonds that allow it to have a high water loading ability and be extremely viscous. This action results in slowing down digestion and reducing blood glucose levels. Glucomannan has been shown to reduce appetite, hunger and reduce food intake in subsequent meals. It has also been shown to result in weight loss! An 8-week double-blind trial conducted on obese subjects showed that a 1g dose of Glucomannan fiber taken 1 hour prior to 3 meals each day resulted in significant mean weight loss of 5.5 lbs.

This naturally occurring amino acid from Griffonia Simplicifolia has been used to help treat depression, sleep disturbances and appetite. The reason? 5-HTP, or 5-hydroxytryptophan, is a natural precursor for the neurotransmitter serotonin. When supplemented, 5-HTP crosses the blood brain barrier where it undergoes an enzymatic reaction to become serotonin. Serotonin plays a role in appetite, sleep and emotional state. When dieting, serotonin levels can drop resulting in subsequent increases in cravings for sugary foods. Keeping serotonin high can result in fewer cravings and appetite reduction. One study showed that supplementing with 5-HTP resulted in eating fewer calories compared to those who received a placebo. 5-HTP can be found at your nearest supplement store sold in 50 to 100 mg doses.